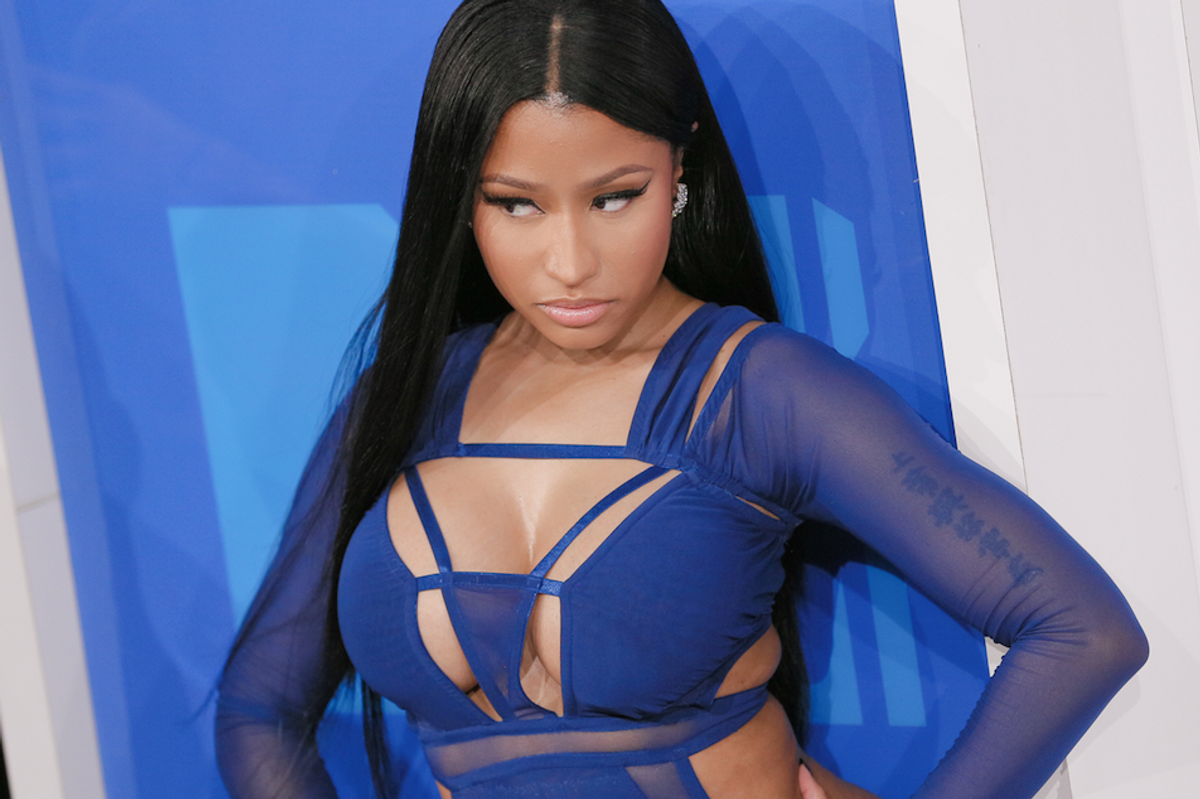 Why is Everyone Suddenly Taking Shots at Nicki Minaj?

Friends, colleagues, lovers, what is happening???! Bad bitch numero uno Nicki Minaj is getting jabbed by rap industry greats in every direction and frankly I want to know why.

We all know the Remy Ma saga, which ended up with Nicki flexing her commercial prowess in a song that was so heavily Travis Scott-inspired he probably wrote it, but the latest barb (ayo!) comes from everybody's favorite daddy Rick Ross who has dropped a damn album that calls out Nicki Minaj in the opening track.

In "Apple of My Eye," Ross raps "I told Meek I wouldn't trust Nicki/Instead of beefing with your dog you just give him some distance." Intriguing. On a side note, Rick Rozay seems to have lost weight, good for him.

Whether this is a Meek loyalty situation, a publicity stunt or genuine shade, we don't know, but while Nicki is wearing nipple pasties and hair cloaks, people seem to be out there slowly chipping away at her throne.

Also is it just me or does Rick look photoshopped onto this car?

The world is full of mysteries.

Here's Rozay's latest single called 'Trap, Trap, Trap' feat Wale. Can you guess what it's about?