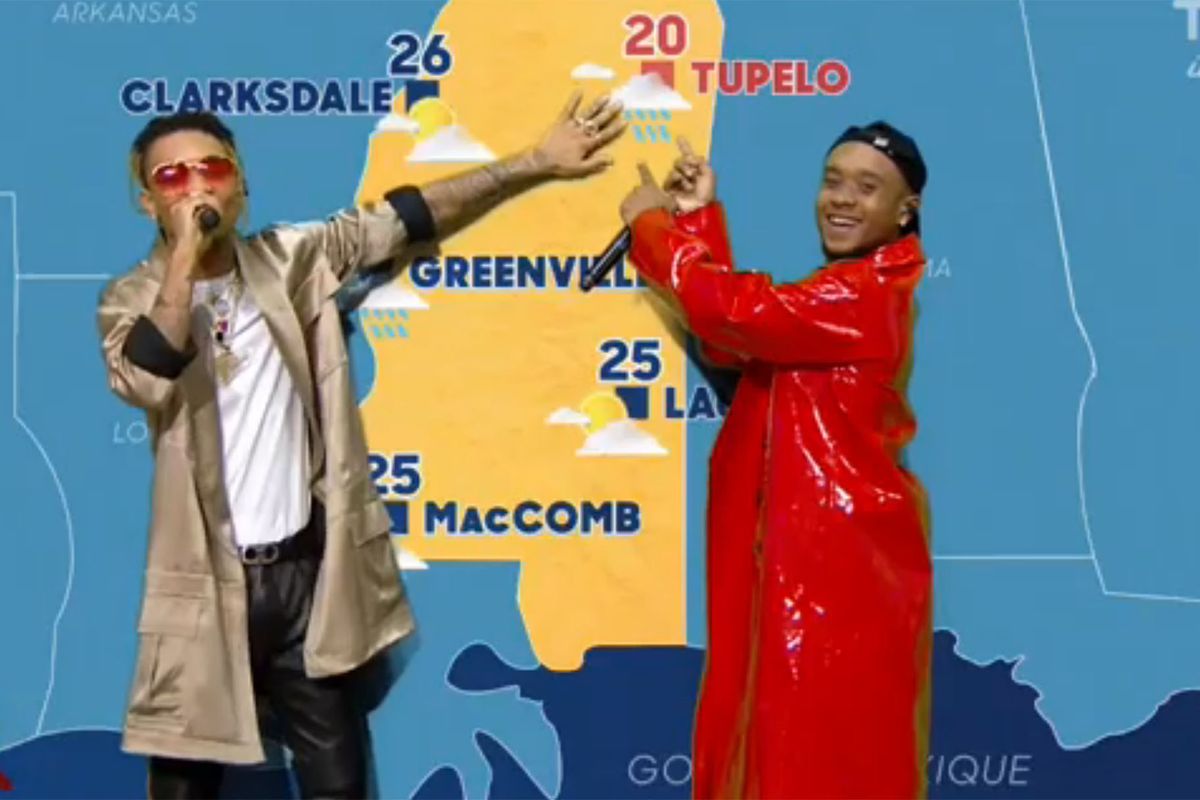 Do you enjoy obvious discomfort? Are awkward language barriers your thing? Have you got a penchant for watching rappers very, very far removed from their natural habitat? Well then do we have the clip for you, friend.

Rae Sremmurd hopped on French television channel TMC to perform 'Black Beatles'–the viral success story that just won't quit–and 'Swang' off their latest album SremmLife2. They also did some weather presenting while they were at it. Magical.

Struggling to compete with their French translator, Swae Lee and Slim Jxmmi battled on to deliver a very energetic weather report ("sacre bleu!"), that even featured their hometown of Tupelo in Mississippi and a dig at Trump.

Their whole appearance gets even better when pair obviously jump to their performance segment before the host is ready, then accidentally carry on singing after their backing track had ended. Watch and weep.