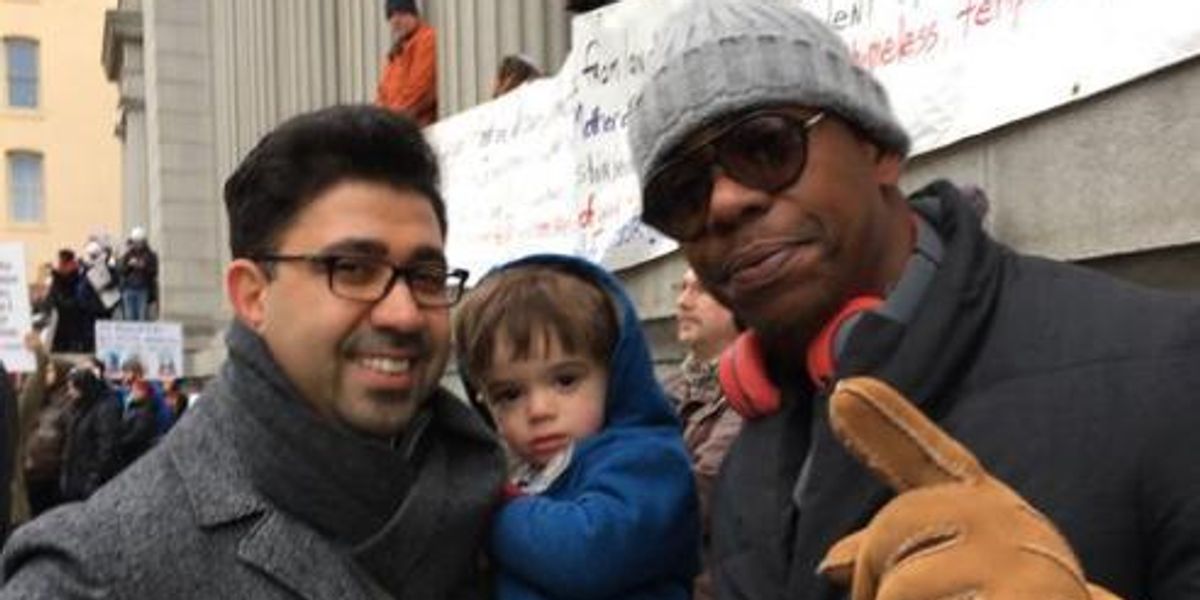 Dave Chappelle, forever the man, showed up to one of the many protests this weekend against Donald Trump's un-American, un-Constitutional Muslim Ban. Chappelle, who converted to Islam in 1990, went to a rally in Dayton, OH and gave a brief speech addressing Trump, beginning by begging him to "stop ruining his Sundays." He continued, saying:

"We are all here because what you [Trump] are doing does not seem right. As a matter of fact, it sucks. I support refugees, I support immigrants, and I love my friends and neighbors. Thank you."

Perfect. Watch the speech below, and watch Chappelle gently roast a Trump supported at a Los Angeles stand-up show here.

S/o to Dave Chappelle for always supporting our community here. We're honored you're from here and to call you one of our own. #nomuslimban pic.twitter.com/6o3Iplsxe9
— afnan (@fannybytheneon) January 29, 2017