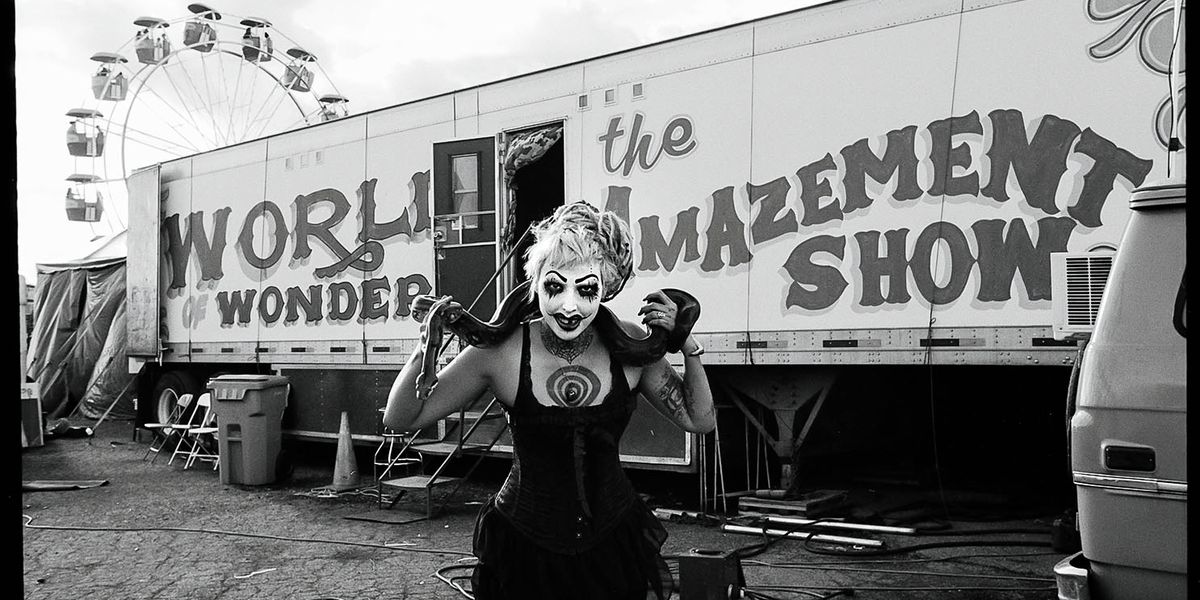 After watching our president elected based off his proclivity to fear-monger by 'othering' minority groups, inclusion and representation in art and popular culture has never been more important. While the past two days might suggest times are changing — the first openly trans woman, Danica Roem, was elected in Virginia while Sikh Ravi Bhalla has won the mayoral election in Hoboken, Jersey — we have an obligation to champion those perceived different, and documentarian Hunter Barnes is leading the charge.

Known for his stunning series featuring those traditionally considered societal outcasts, the photographer has spent much of his career endearing and subsequently embedding himself in fringe communities to spotlight those ignored by the mainstream. For his latest venture, Barnes spent three weeks with the traveling World of Wonders Sideshow in Florida, shooting sword swallowers and snake charmers in striking and defiant portraits. Read our chat with Hunter Barnes and check out his photography below, or see the full "Tickets" exhibition at MILK Gallery until December 3 (also head over here to purchase "Tickets" in physical form via Reel Art Press).

What attracted you this particular subject matter? What is it about carnival culture you find most fascinating?

Actually ten years ago when I was on the road, I saw the people and they were all camping out. I never really saw anything like it...and I was drawn to that. Then a friend of mine had told me about this town in Florida [where they were camped], and I found this guy, [carnival leader] Ward. I stopped at a gas station, looked in the phone book, and found Ward's number. When I called him he said, "Why don't you come by tomorrow?" They just really want to tell their stories.

Was there a special person or a takeaway from your time spent with them?

Ward. He let me into his world. It's funny once the elders respect someone, it's like the young kids, everybody respects that person. He's such a nice guy...With this one when I printed the images I felt really close to the story and the exhibition.

Portraits have become your speciality, why do you focus on documenting the human experience?

I want to tell people's stories.

Does the exhibition flow in a particular way?

The way I curated it was left to right. I wanted people to walk around free.

So it has no definitive beginning, middle, and end?

For me it does but I think people come about it themselves. It's a new story everyday basically. They were really happy with what they do. Considering their life, it's not like they were in an office, they were always living outside or in new town — something different every day.

It's truly amazing that they were so accepting. It has to be so difficult coming into those kinds of environments, it's really a testament to you.

Thank you. People are people man. I always say they have to piece together who I am first and trust what I'm doing. At the same time I have to understand who they are. I'm hoping this continues but I hope people are still drawn to things that are unusual.

All images courtesy of Hunter Barnes via Milk Gallery