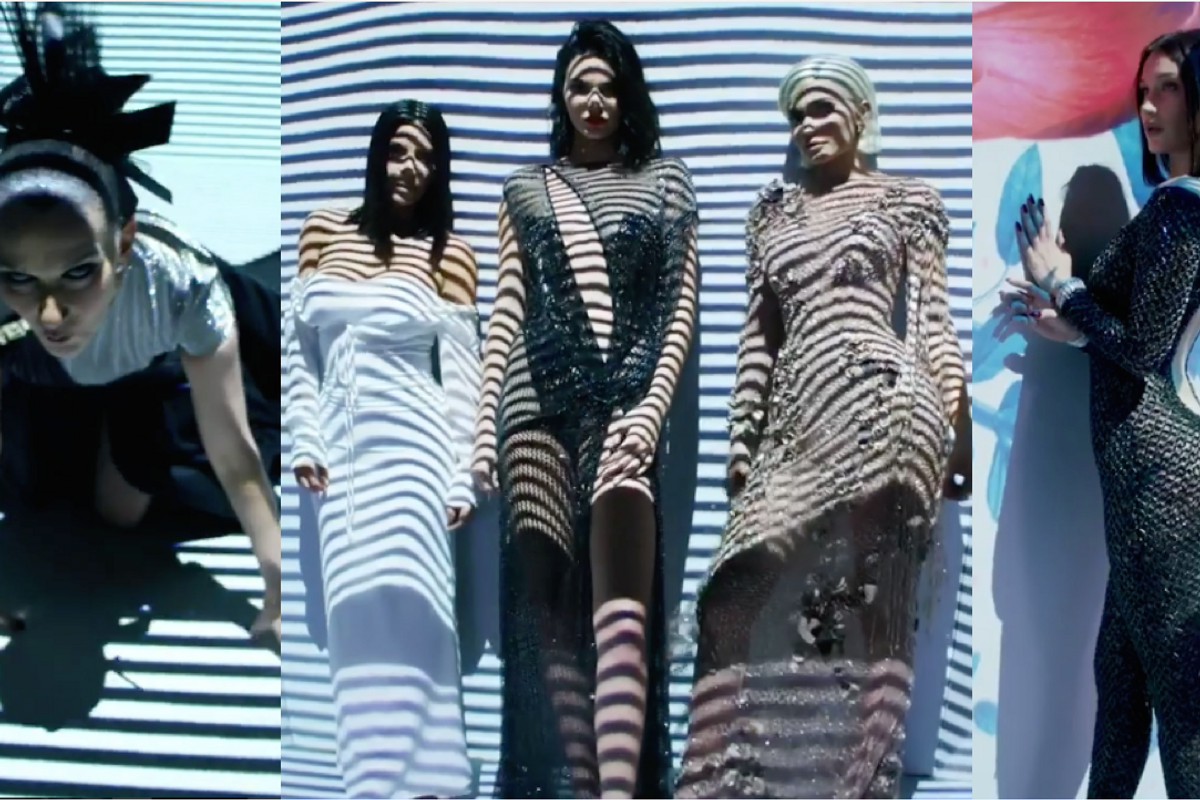 I know, I know. The Met Gala is over. It's been over for a cool 72 hours now. You're done, you're over it. You're tired of celebrities gramming their outfits from various angles with subpar captions because they can't think of another way to say "just so you know, I was there". I get it. But that doesn't mean we can't still all enjoy the fruits (read: content) of Vogue's labor, after they put in all that sweet work to get the biggest names in every industry in one place. If Vogue was kind enough to milk those damn famous people for all they're worth, and we're going to judge exactly how much that is.

The video booth, another element to the Met Gala experience, is a yearly scenario where the attendees spin around, twerk or walk up and down to display their outfits in a psychedelic light show. Does it sound awkward? That's because it is. To counteract this, most celebrities will go full extra. Others just give up and kind of tolerate it. Some choke altogether. It's not comfortable to watch, but is it entertaining? Yes.

Let's see who stepped on up to the plate.

It's apparent that Katy is working very, very hard hard here to appear simultaneously hot and enigmatic and that kind of a performance is to be commended. Plus it's clear she can't to much more than what she's doing in that get-up, but she's definitely, as she told André Leon Talley, "serving looks." Alright.

This is bad, mildly salvaged by A$AP Rocky, although I was not anticipating to be overwhelmed by personality. Shout out to Kim, who is obviously really struggling and still putting on a brave face. Nice job.

I'm deeply uncomfortable, which is what I expected.

You have to hand it to anyone who uses their shorn off hair as a microphone. Did he take that hair home at the end of the night? Did he throw it out, having served its purpose? Questions. Questions that need answers.

To be fair, the music selection for Solange's turn in the booth was not ideal. Still, this is mildly disappointing.

THIS WOMAN HAD A CHILD. SHE IS NOT HUMAN. HOLD ME.

Another boring offer from Giselle.

I can safely say I didn't see this coming, brava Lena.

Nicki WOULD try to twerk in a full gown with a train.

If there was ever an example of someone forced to do anything against their will, this is it.

Good god. The grinding, the failed twerk, the ankle grab. How do you feel? How do I feel? How should any of us feel? I just don't know.

Céline had me at damn HELLO on that shoe phone. I was dead at the crawl. Céline wins. She won her first Met Gala, she won our hearts, which will forever go on, for Céline and Céline alone.

You are now free to return to your normal life. Just pray no one, NO ONE, orders a video booth for your dad's 60th.