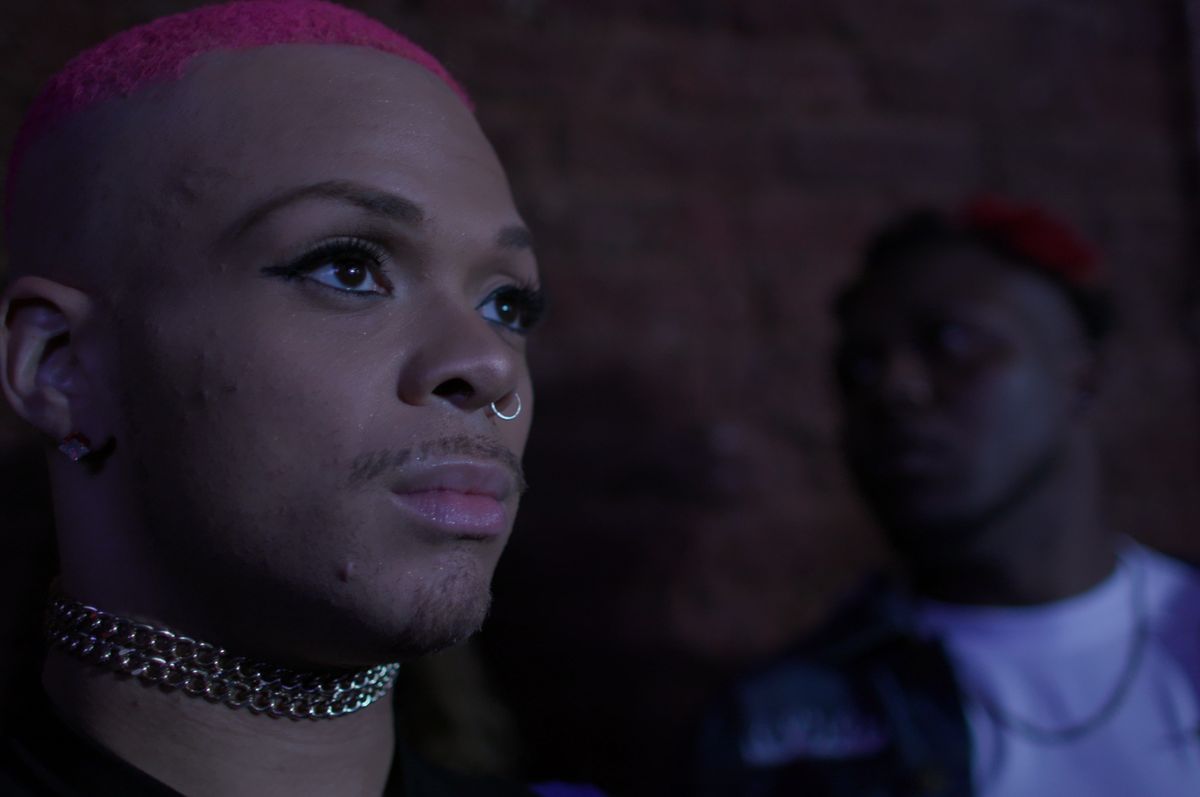 The anxiety is evident on Travii Mizrahi's face before he walks in his first ball. He is mentally preparing to enter the "battle zone," ready to walk in his category for the Red Bull Ball, and ready to win it. The journey leading up to walking in the ball for Travii was a long one; it went beyond technique, beyond raw talent, and beyond mentorship, and went straight to the core of what belonging to a House means: developing support and love. These systems aren't wrapped up in the art form coincidentally, either, since for Travii, other Mizrahis, and other members of other houses across the country, they're vital.

Vogue Virgin is a mini-documentary, directed by Fraser Jones, that focuses not only on Travii's experience preparing to walk in his first Ball, but the larger family that he has become a part of as a result of joining the House of Mizrahi. All of the hope, disappointment, and triumph that led Travii to join the House gets wrapped up into the eight-minute long documentary, hitting viewers with maximum emotional force.

Despite the documentary covering Travii walking in his first ball as a Mizrahi, Travii had been practicing and voguing for a long time leading up to the fateful night of the Red Bull Presents: ATL Is Burning Ball. It's clear in each of Travii's movements that he has a passion for dance and a passion for representing his House. His whole being is dedicated to the synergy between family and dance, striking the balance between the two and allowing them to feed off of each other during his category.

PAPER caught up with Travii Mizrahi about filming Vogue Virgin, his experiences leading up to the ball, and how he plans on continuing to take over the world, one category at a time.

When did you first become aware of the Ball scene in ATL?

"I didn't find ballroom, ballroom found me." Between all of my friends, friends that dance, and gay mother, they were all in some shape or form in the ballroom community. So watching them in practice and performing at the balls made me want to get involved. But the most important thing to me was making sure I chose the right house that would properly shape and groom my talent, and me as a person.

At what point did you join the House of Mizrahi? How did it come about?

I have admired the House of Mizrahi since living in Chicago. Coming to Atlanta and watching the balls I was finally approached by founding Father Andre Mizrahi about joining the house, in which it was my true introduction into the ballroom scene in Atlanta in July of 2018, which was a decision that truly changed my life. As a founding father, Andre Mizrahi saw something in me that I truly didn't see in myself, and that thing was "passion." I dance for survival and he saw passion, in which was a thing I honestly couldn't turn down. That was the only thing I had to rely on for surviving in this life. So being under his leadership was one of the best decisions I have ever made.

Having this really personal experience filmed can be a lot. How did it feel to have the camera on you as you prepared?

To be honest, it wasn't bad at all. In life, we all have a testimony and someone could be going through the exact same thing that you may have been going through. My main goal is to inspire, motivate and to let people know that life is not all bad. You just have to keep dancing through the storm. Though life was never made to be easy, we have to continue to fight. That's what makes us winners when we continue to press on in spite of, that's the thing that drives us to greatness in life itself.

What's next for me, dance-wise, is to sign with an agency. The goal is to dance behind artists such as a Todrick Hall, Lady Gaga, Ciara, Miley Cyrus and so many more. That would be a dream. But, I'm currently working on a Dance Reel to submit. One, in particular, is to "Excel Dance Agency." Ballroom-wise I plan to grow even the more and start walking other categories like vogue fem and also become international. I plan to let the world know what my name is in this ballroom scene and throughout life it's self. The ballroom has done so much for me, mainly trusting myself and bringing out the inner me that was hidden for a very long time. I promise you will see a difference phenomenally and a phenomenal artist in the upcoming ball. That's me.