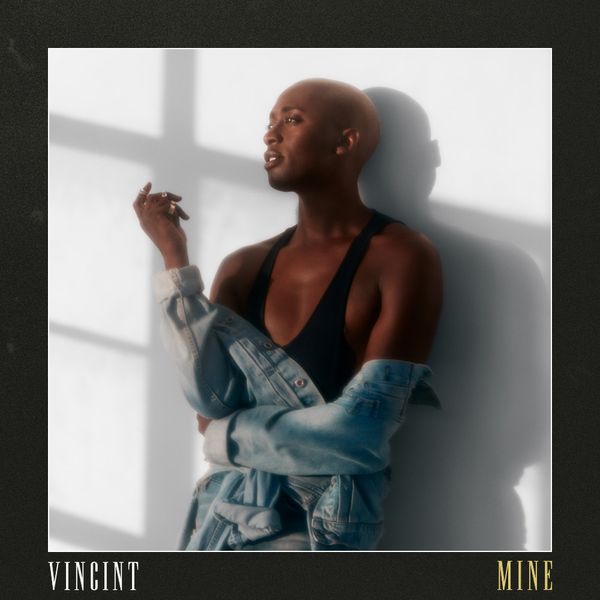 Los Angeles-based artist VINCINT is in the infancy of his pop career — a sensitive time that many aspiring musicians before him have endured, some of which became breakout superstars while others crumbled. It's also a period where possibility is at its height, and only minor teases of music showcase what might develop out of their untapped talent. In VINCINT's case, he's quickly proving himself to be a powerhouse vocalist and unmatched storyteller, and if all goes according to plan, he could easily become our generation's greatest.

Out this week, the singer-songwriter's flawless, new single "Mine" perfectly captures the sound and message VINCINT has been creating for himself this year. As always, he dances between soft, falsetto vocals that hit your ear like ASMR and a powerhouse belt that punches you in the gut with an iron fist. The entire track is stadium-sized and really moves, starting off sparse until it explodes at the end with enormous drum beats and euphoric '80s synths. "You should be mine," he tells a lover on the chorus. "I should be the one you come home to every night."

And VINCINT is hands on with every step of the process. Like with his earlier single "Marrow," producer Pretty Sister is behind the crisp yet mighty sound of "Mine." VINCINT tells PAPER, "Even though Pretty Sister is at the helm production-wise, I'm fully involved in how it sounds. I can't be a part of the song if I'm not." Together they looked back on bands, such as pop-punk all-stars Cartel, which VINCINT says made him want to fall in love and rage at once. "You have to have the balance sometimes. People want to cry and they also want to feel like it's going to be OK. That's what I tried to do with 'Mine.'"

The lyrics are relatable, written in response to VINCINT's realization that so many people in his life were missing out on love because they feared rejection or getting hurt. "That's no way to live," he says." Just think how many epic love stories never were just because you didn't scream, 'You should be mine!'" As a queer musician, VINCINT's declaration is vital in the way it unabashedly claims a lover in a world where same-sex romance is still marginalized. In this sense, "Mine" is quietly radical, as VINCINT proudly stakes his ground: "It's hard to hold it in, when you're close to me," he sings, upfront and honest.

"I want to be remembered for bringing emotions back — for giving a people a reason to believe in love."

This summer, VINCINT's second single "Remember Me" successfully found that musical balance of sunny sadness he always strives to tap into. Its production is more buoyant and bouncy than "Mine," but its message is just as earnest and similarly laced with melancholy. "Say that you'll remember me," VINCINT asks on the track, delivering an untouchable bop that, when performed live, comes with serious Beyoncé-level choreography. "I think everything I write has a bit of sadness to it," VINCINT admits. "It's a big part of who I am, but so is being outrageously happy, optimistic and in love."

As VINCINT continues carving out his rightful space in contemporary pop as an on-the-rise star, he's crystal clear on how he wants to be viewed by the public. "I hope to be the kind of artist that when my name is mentioned in conversation, people get that electric feeling and a memory flashes in their mind of something precious that happened while listening to my music," VINCINT says. "I want to be remembered for bringing emotions back — for giving a people a reason to believe in love."