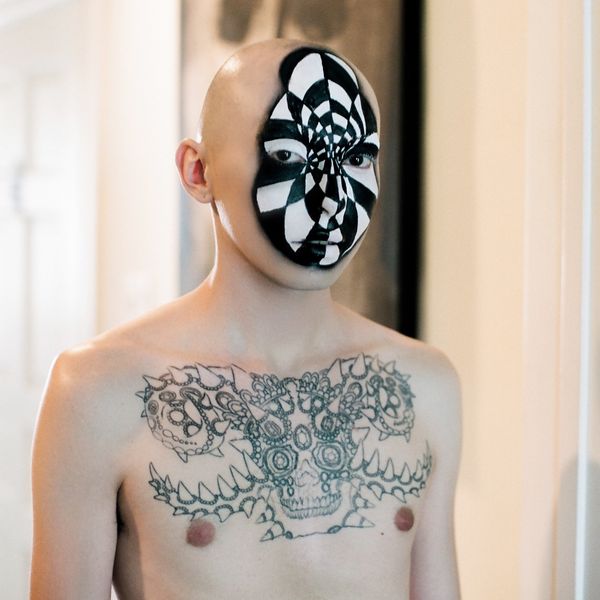 As any quick Google search will tell you, Edward Vigiletti left behind a life as one of the world's most buzzy Lady Gaga impersonators to pursue a career in music. He has since become a darling of LA's underground scene, affiliated with Love Bailey's Slather Factory collective, playing everywhere from sweaty basements to the runways of Paris Fashion Week. Vigiletti has made a new name for himself in crafting emotionally vulnerable lyrics set against a turbo-charged techno backdrop.

Vigiletti's latest single, "Likable," tackles themes of self-love and authenticity in a time when social media has quantified our self-worth and dictated who we should aspire to be. Made in collaboration with Brooklyn producer Goonsoul after meeting at an afterparty during World Pride in NYC, the bright electro-driven track very straightforwardly critiques why society compels us to prioritize things like 'likability' and 'fuckability' above all.

Related | JPEGMAFIA Is Doing it all Wrong

In a very meta way, the video for "Likeable" is also a nod to Vigiletti's past as an impersonator and struggling to find authenticity while looking like someone else. Featuring former RuPaul's Drag Race contestant Laganja Estranja, the video plays into the idea of makeup as a double-edged sword — a form of self-expression that can quickly become a facade. Amid dance breaks and Vigiletti channeling some serious Sinead O'Connor "Nothing Compares 2 U" vibes, the video culminates in the cast fervently wiping away mascara in a cathartic release from the beauty ideals that have been painted on them.

"Music has the power to transform," says Vigiletti. "Knowing that I think it became somewhat of a mission to create an anthem for self-acceptance."

Watch the PAPER premiere of Vigiletti's music video for "Likeable (feat. Goonsoul)," below.