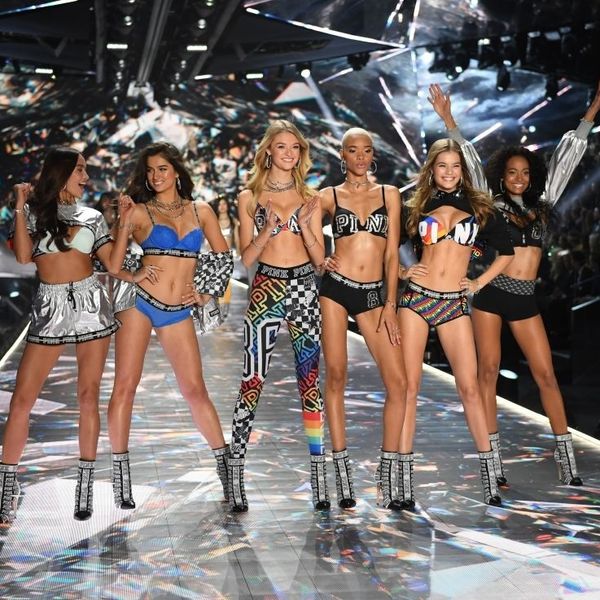 Last year's ratings for Victoria's Secret's annual televised fashion show were its worst in history. This followed controversy from the lingerie brand's disparaging comments about trans women not being enough of "a fantasy," but also, in the age of unprecedented social media access, who is watching fashion shows on TV anymore?

According to a company memo obtained by CNBC, Les Wexner, CEO of L Brands, which owns VS, said it was time to reconsider the format for which the brand's annual spectacle would be shown.

"Fashion is a business of change," it reads. "We must evolve and change to grow. With that in mind, we have decided to re-think the traditional Victoria's Secret Show. Going forward we don't believe network television is the right fit. In 2019 and beyond, we're focusing on developing exciting and dynamic content and a new kind of event — delivered to out customers on platforms that she's glued to... and in ways that will push the boundaries of fashion in the global digital age."

This alludes to the possibility that though the show will likely not appear on network television as usual, streaming platforms may be a smart move forward. Consider also the fact that most runway shows can now be seen in real time, whether you're at fashion week or not. Brands from Balenciaga to Chanel have devised clever ways for fashion obsessives to stream their latest presentations as they happen via Instagram, specialized apps, good old YouTube, and more. It's nice to know VS is joining the digital age, especially when you think of how the major multi-million dollar event happens weeks before it is actually shown to the general public on TV. The decision to rethink how its annual show will occur might even be a money-saver.

That's essential because, as WWD reports, the future of Victoria's Secret, financially speaking, looks pretty grim at the moment. (Also, remember when then-CEO Jan Singer resigned last year following the aforementioned backlash?) Moody's Investors Services recently downgraded the lingerie brand's parent company, L Brands, from "stable" to "negative," which basically means that investors are being encouraged to divest from the company. Here's hoping that the changes coming can help Victoria's Secret get back on track.