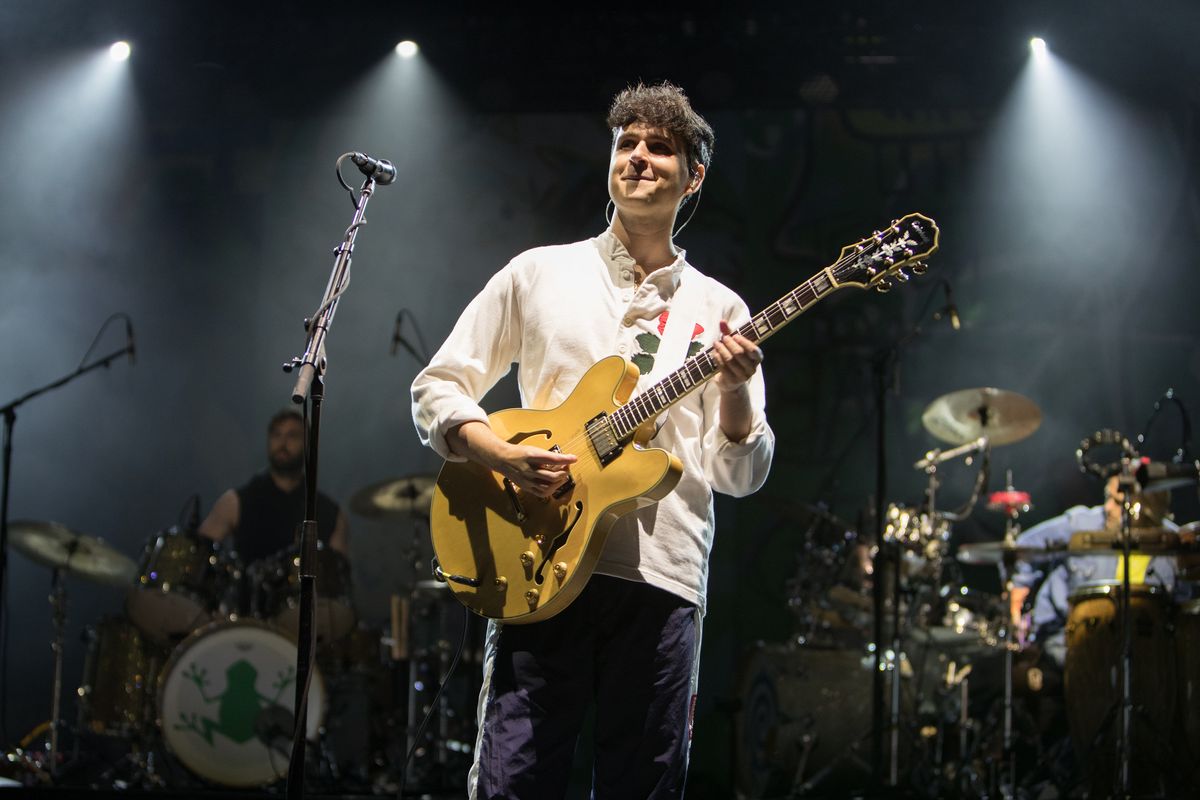 Vampire Weekend Is Back

In case your new dreamboat-haired heartthrobs Timothée Chalamet and Noah Centineo weren't providing enough content, your old boyfriend Ezra Koenig has finally gotten his shit together and dropped some new music. Just kidding, he was busy falling in love with Rashida Jones, having a baby with her named Isaac, and probably self-actualizing, so we forgive.

Related | How Did We Not Know About Ezra Koenig And Rashida Jones?

Vampire Weekend have shared two new songs called "Harmony Hall" and "2021." They've also finally shared that the title and release date for their first album in six years (we've had the traditional pre-drop acronym, FOTB, for a week, and we're psyched to hear the album's not called Fresh Off The Boat). Father Of The Bride will drop in April, following up 2014's Modern Vampires Of The City.

Koenig revealed on Instagram last week that Father Of The Bride will be a double album (18 songs total). "Harmony Hall" and "2021" are apparently the first of three two-song drops.

Turns out it was worth the wait. "Harmony Hall" is warm and sweet folky number, featuring contributions from former Weekender Rostam as well as the glittering guitarwork of the Dirty Projectors' Dave Longstreth. Koenig sings about the passage of time, and fittingly the song seems to be named after a dorm at Colombia, where the band originally formed.

Jenny Lewis (of Rilo Kiley) contributes vocals to the second track "2021," which also seems concerned with the passage of time. Koenig, in typical college rock fashion, ponders our significance on this earth ("2021 will you think about me?") and how the future will remember the present ("2021, will you think about us/ Copper goes green, steel beams go rust"). HAIM's Danielle Haim is credited on the song, which also samples legendary Japanese composer Haruomi Hosono.

Both songs are gorgeous: immaculately crafted and heart-throbbingly nostalgic, in the best way. Even though nearly all promising rock music is made by women nowadays, Vampire Weekend is proving that at least one indie dude can still kick it.