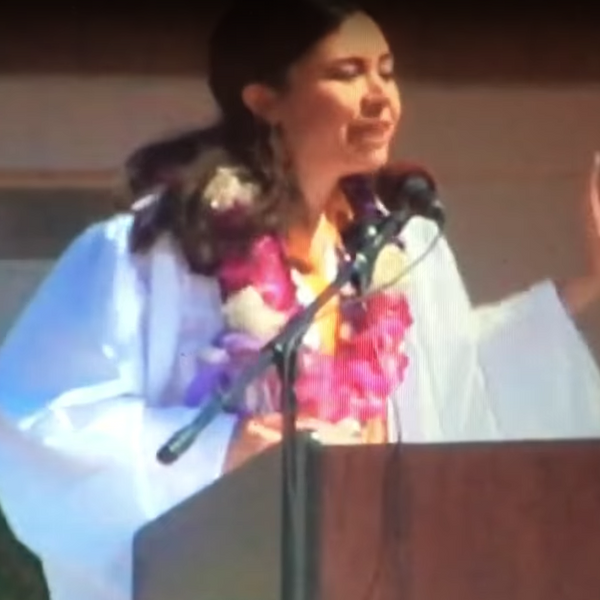 "Silencing" survivors of sexual abuse is often used to keep women down, but one high school administration took the phrase literally, cutting their valedictorian's mic during her graduation speech as she broached the topic of her own assault on campus.

Lulabel Seitz's microphone was turned off four minutes into her speech to the graduating class of Petaluma High School in California, after she switched topics from the school's frustrating P.E. uniforms, her immigrant family, and the teachers' strike last year, to her sexual abuse and administrations failure on her behalf.

"Because the class of 2018 has demonstrated time and time again that we may be a new generation, but we are not too young to speak up, to dream, and to create change. Which is why, even when some people on this campus, those same people—" Seitz began, before her mic cut out.

Her classmates began chanting, "Let her speak!" as Seitz walked around the podium and attempted to shout her words. She later explained to Press Democrat that she had been assaulted on campus by someone she knew, and the school had done nothing she formally reported the incident. Petaluma High School principal David Stirrat told the Washington Post that all student speakers were warned their mics would be switched off if they deviated from their approved speeches.

"In Lulabel's case, her approved speech didn't include any reference to an assault," Stirrat said. "We certainly would have considered such an addition, provided no individuals were named or defamed."

#LetHerSpeak is now trending after Seitz uploaded her uncensored speech to YouTube, already garnering hundreds of thousands of views. Watch below.