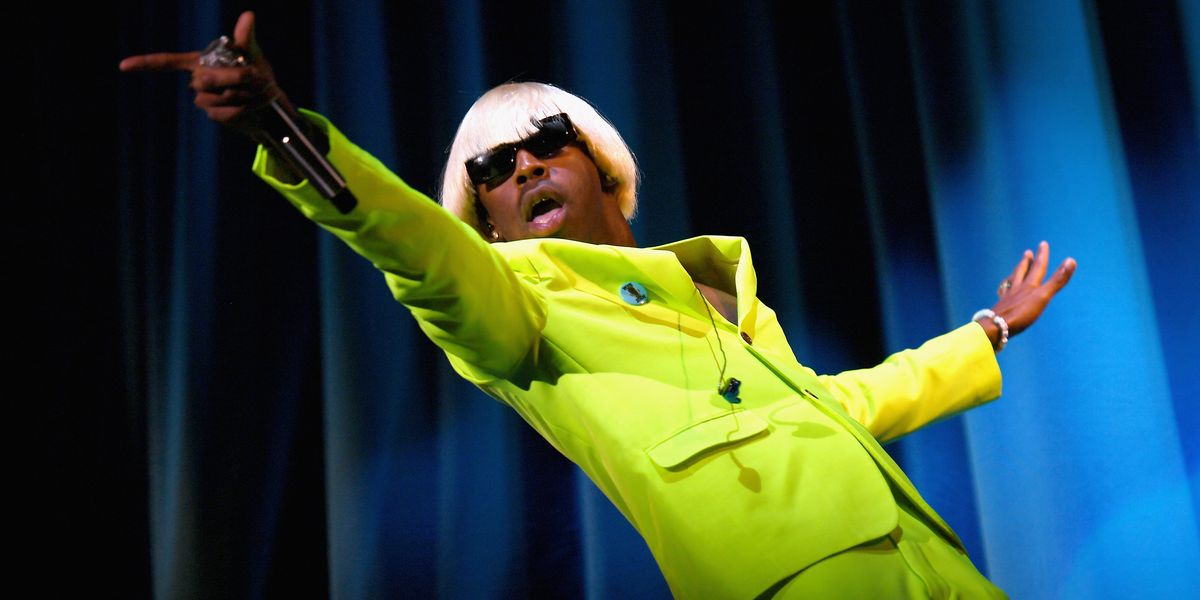 At his Governor's Ball performance in New York City on Friday night, Tyler, The Creator showed off his dance moves. And with his whole look, fans couldn't help but compare the rapper to iconic artists.

Fans were screaming and applauding as Tyler performed songs from his just-released new album, IGOR, as well as other bops from his long discography. But what really got the crowd riled up was seeing the rapper dance while wearing a bright neon green suit, sunglasses, and a blonde bowl-cut wig.

Tyler retweeted a clip of him dancing, and wrote, "MAN IM SO COOL WHAT CANT I DO."

MAN IM SO COOL WHAT CANT I DO https://t.co/FifFdWnzJ1

While his moonwalking skills were obviously comparable to Michael Jackson, a lot of people saw his whole look and vibe as a shoutout to Mary J. Blige.

Why did I think this was Mary J? 🤣🤣 pic.twitter.com/H6u6MhuDyv

Mary J Blige is 48 and has a number one album, y’all have no excuses pic.twitter.com/zBdcgHa5Io

Tyler himself also tweeted, "im mary j blige." So, yes, it is confirmed. Let it be known that Tyler, The Creator and Mary J. Blige are basically twins. Though, sadly, MJ Blige has yet to comment on any of this.

IGOR is Tyler, The Creator's fifth studio album, and was released last month. It's now available to stream on Spotify, Apple Music, and other music streaming platforms.