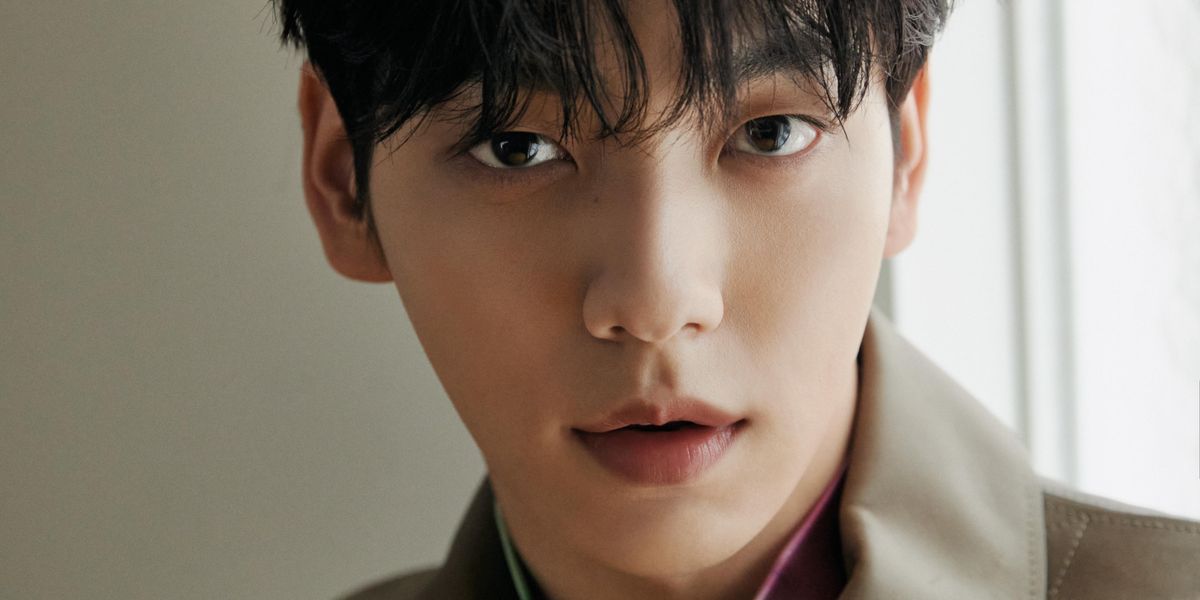 There's Nothing Holding TXT's Soobin Back

PAPER is spending this week inside the minds of Tomorrow X Together (known as TXT). Check back tomorrow at 11 AM EST for our interview with 4th Gen It Boy Yeonjun.

It's hard to imagine that there was once a time Choi Soobin felt shy. Still, six-foot-one and dashingly dimpled, the leader of Tomorrow X Together has nothing but deep fondness for his timid younger self — who, in 2019, stood shakily in the center of the K-pop storm that would eventually become his life. He knows he was a bit of an anxious mess at the start of his idol career, but he was an endearingly anxious mess.

What a difference a few years in the spotlight makes.

Fans might have noticed a change in the 20-year-old performer when Tomorrow X Together (known as TXT) began promoting their album The Chaos Chapter: Freeze in May. He seemed more confident and outspoken, eager to speak his mind and have more fun. There was a different kind of fire in his eyes, burning with mischief and mirth. That's because Soobin, like so many of us, spent the past year realizing things about himself.

"I have changed a lot since [my] debut and I'm also trying hard to change myself as well," he tells PAPER from a sunlit room in Seoul. He's wearing a leather jacket, the ideal sartorial choice for a young man experiencing his first taste of rebellion.

It's not that he didn't love who he was before, but rather that he saw an opportunity for growth. "In the beginning, I was really introverted," he explains, his voice soft and his speech slow and measured. The thing you have to know about Soobin is that he takes his time. "I couldn't really say the things that I wanted to say," he adds. "Now, I can't hold myself back anymore. If there's something that needs to be said, then I say it."

He credits this newfound assertiveness to his bandmates Yeonjun, Beomgyu, Taehyun and Hueningkai, who help him stay present and attentive. In return, he offers them reassurance. Part of his leadership duties within the group involves delivering pointed, honest feedback and bearing the weight of responsibility that comes with it. Too afraid to hurt one another's feelings, the members of TXT used to hold regular team meetings in their shared apartment to discuss their worries and concerns; now, Soobin says, he encourages them to speak their minds freely whenever they feel like it. Why wait to say what's on your mind?

"Our relationship has evolved," he says. "I used to think that we were like a family that couldn't get any closer, but each month we do become closer. I can read their expressions so well. I look at them, and I can predict what they're going to say and how they're going to act. We've become more family than family."

There are, of course, some things that never change. He still coos over photos of raccoons and hedgehogs (he's now raising his own pet hedgehog, named Odi, in his dorm room). He indulges in baked goods, from cookies to madeleines to bread (his favorite). He prefers tactile hobbies, like baking, mixology, plant parenting, taking polaroid photos and editing videos. And he's a huge fan of the K-pop industry's formative years — an unabashed second gen stan, if you will. A clip of Soobin singing Block B's "Nillili Mambo" went viral on TikTok and Twitter, reaching instant meme status among stans and locals.

"Now, I can't hold myself back anymore. If there's something that needs to be said, then I say it."

In fact, it was the charisma of Block B, INFINITE, 2PM, Miss A and his future labelmates BTS that inspired his dream of becoming an idol. "Growing up, I really loved K-pop," he says. "I watched all of the music shows, and I always felt like I was watching something amazing." (A true full-circle moment, Soobin is now a MC on Music Bank, a weekly live music show.) He felt moved by it. Beyond the dynamic performances and unparalleled work ethic, what appealed to Soobin most about being an idol was the chance to give "strength" to those who needed it. "[It] looked like a great job."

So he took matters into his own hands and emailed an audition tape to Big Hit Music when he was in the ninth grade. His parents initially opposed the idea of him pursuing a career as an idol. The youngest of three siblings, Soobin was used to being coddled. However, his mother's concerns weren't unfounded. The idol trainee system for auditioning and creating stars is notoriously difficult and hyper competitive, and the odds of making a company's debut team are so low they're subterranean. "They wanted me to study," Soobin recalls. "They didn't want me to be a trainee, but they saw how much I wanted this and how hard I was trying." After he made it to the second round of auditions, his mother allowed him to put his studies on hold to follow his dream.

They couldn't have predicted the success that would follow: debuting atop the iTunes charts in 44 countries; sweeping the industry's new artist awards; a sold-out US showcase (back when touring was a thing); and most recently, bowing at No. 5 on the Billboard 200 with The Chaos Chapter: Freeze. Its repackaged version, The Chaos Chapter: Fight Or Escape, released last week, has sold nearly 500,000 copies, bringing TXT's cumulative 2021 album sales to over 1 million.

To be honest, Soobin is still getting used to it. "Just this morning my parents told me how proud they were of me," he smiles.

For what it's worth, he's proud of himself too. He's credited as a songwriter on two of the songs on Fight Or Escape: "Ice Cream," a funky pop song inspired by the "small happiness that comes from mean thoughts," and "MOA Diary (Dubaddu Wari Wari)," written for their fans. For Soobin, the creative process is a solitary one. He prefers it that way. "When the other members write their lyrics they'll show it to everyone and get feedback, he explains. "I actually don't do that. I put a lot of emotions into my lyrics. I'm maybe a little too honest." That vulnerability, he says, is his strength as a lyricist.

Whether he can see it or not, that openness has been guiding him the whole time, from the childhood days he spent mesmerized by dancing idols on screen to the years of training he endured for the chance to live his dream. Now, he's ready to fully harness those emotions.

"I always felt like I was holding back," he says. "I was a bit shy. Then, we debuted, and for the first time I felt like I had done something that was really meaningful."