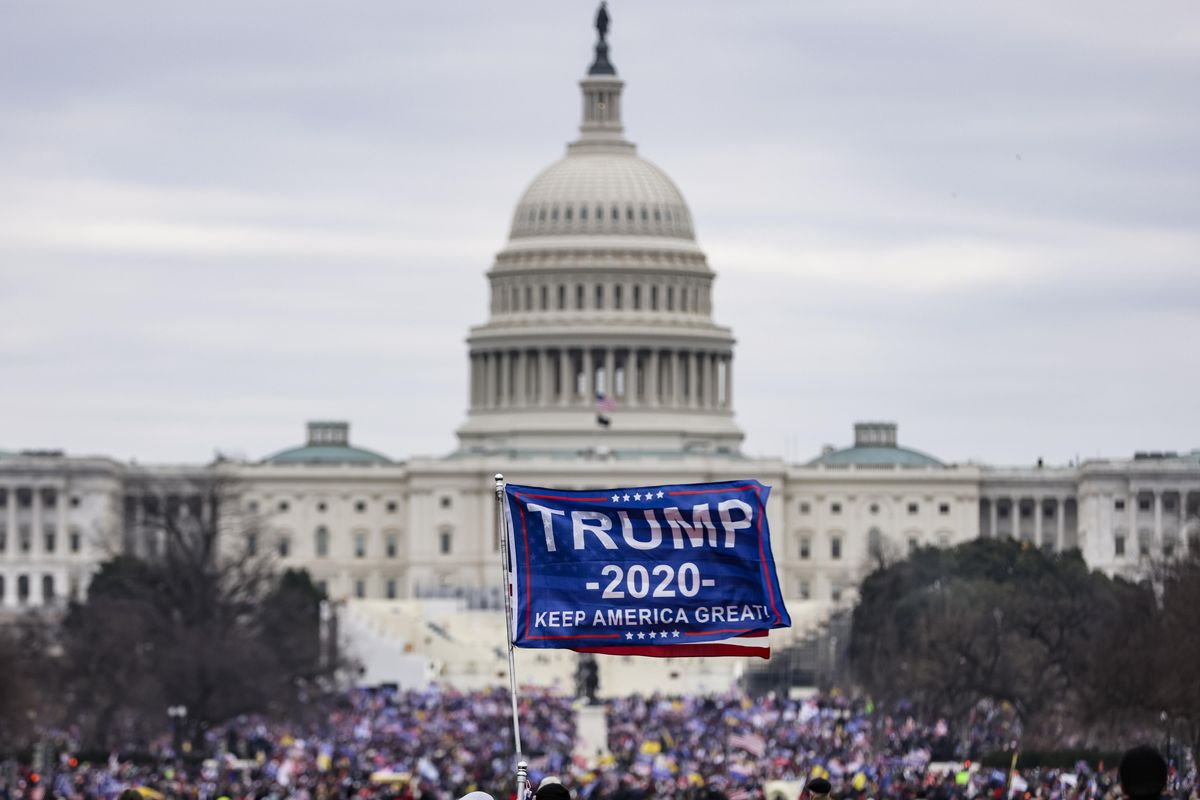 So, You Want to Invoke the 25th Amendment

For the first time since 1812, the walls of the US Capitol were breached by a group of insurrectionists looking to overthrow the our democratically elected government and install a despot as their leader. The only difference is that this time, the call to march came from inside the house.

At this point we've all seen the images: rioters forcing their way onto the Senate floor, taking photos of themselves behind the chairman's dais, scaling the walls of the gallery, breaking into Congressional offices, looting podiums and chasing members of the Capitol police up flights of stairs one minute and taking selfies with them next. As members of Congress cowered under seats, donned gas masks and barricaded themselves inside offices, Trump supporters ran amok through the Capitol halls — met with a disturbing lack of resistance. By the end of the day four people were dead, authorities had recovered two improvised explosive devices on the Capitol grounds, a curfew had been imposed and the National Guard called in, in what can only be describe as an act of domestic terrorism incited by the sitting President of the United States, Donald Trump.

It is shocking but, given everything that has transpired over the past four years, by no means surprising. The irony of watching white supremacists brandishing "Stop the Steal" signs as they attempted to forcefully steal an election should not be lost on anyone. Time and time again, Trump has shown us the exact kind of violent shameless authoritarian ruler he aspires to be but the question now remains: where do we go from here?

Last night, Rep. Ilhan Omar declared her intention to draw up articles of impeachment against the President and just today Speaker of the House, Nancy Pelosi, soon to be Senate Majority leader, Chuck Schumer, the National Association of Manufacturers and several lawmakers have all called on Vice President Mike Pence to invoke the 25th Amendment of the Constitution to remove Trump from office. Pelosi and Schumer even went so far as to say that if it isn't, "Congress may be prepared to move forward with impeachment."

The quickest and most effective way—it can be done today—to remove this president from office would be for the Vice… https://t.co/xo0PafXQpy
— Chuck Schumer (@Chuck Schumer)1610038101.0

So what exactly does it mean to invoke the 25th Amendment? First introduced in 1965, following the assassination of John F. Kennedy where there was confusion about how to choose a new vice president and concern about what might happen should then-president Lyndon B. Johnson become suddenly ill or incapacitated before they could fill that position. The 25th Amendment consists of four key sections of which the first three sections have all been used frequently since they were first introduced. The first establishes that if the president is removed from office, the vice president then takes over and the second allows that new president to nominate a new VP, to be confirmed by the House and Senate. The third section allows the president to temporarily transfer their power and responsibilities to the vice president and has been used by both Reagan and Bush when they had to undergo surgery while in office.

However, Section 4 of the 25th Amendment, which has never previously been invoked, allows for the vice president and a majority of the cabinet to strip the president of his power if they deem him unfit to hold office. For this to work, Vice President Mike Pence along with members of the cabinet would have to submit a written declaration to the Speaker of the House and the Senate President pro tempore stating that Trump "is unable to discharge the powers and duties of his office," establishing Pence as the Acting President.

Where things begin to get tricky is that Section 4 allows for Trump to submit a declaration of his own saying that he is capable of fulfilling his duties, which we all know he would in a heartbeat, effectively fully restoring his power. Pence and the cabinet would then have submit another declaration within four days upon which the House and the Senate would have to both vote on with a two-thirds majority in order to permanently strip Trump of the presidency.

To put that into perspective, impeachment only requires a simple majority in the House and two-thirds in the Senate to pass. The 25th Amendment was, by design, made to be difficult to ensure that the vice president couldn't just usurp the president like a plotline from House of Cards but that doesn't mean it is entirely outside of the realm of plausibility. As stated before, Pelosi and Schumer have both called upon the vice president to invoke the 25th along with bipartisan support from lawmakers and Pence has already broken rank with Trump after refusing to block yesterday's vote to certify the electoral college and authorizing the use of National Guard troops last night.

Trump may have less than two weeks left in the White House but if yesterday taught us anything, there is no telling what sorts of unspeakable damage he could do between now and inauguration day. Trump has shown himself to be a threat to the very fabric of American democracy and to let him go without facing consequences for yesterday's insurrection would be a tacit endorsement of a fascist demagogue by elected officials. It is not enough anymore to have voted him out of office, especially when Trump and his supporters refuse to recognize the will of the people as legitimate, at the this point Trump must be stripped of power either through the 25th Amendment or impeachment in order to ensure that he is never able to run for or hold public office ever again. Otherwise, we have no right to call this country a democracy anymore.