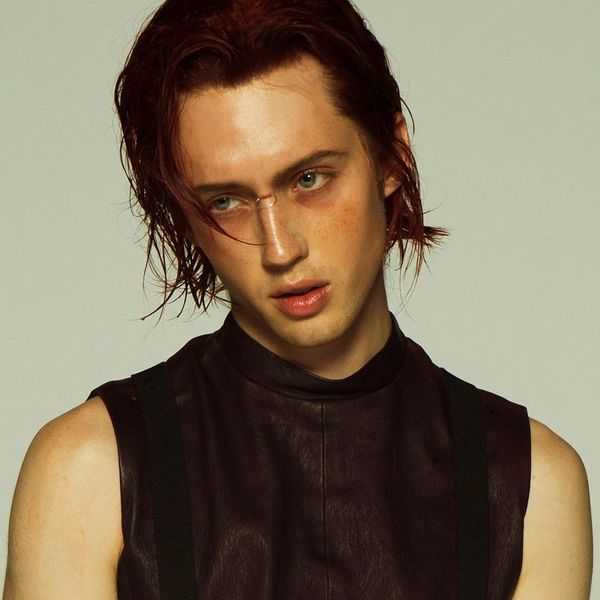 Late last month, Troye Sivan seemed to indicate that he'd be putting out new music, sans the help of his label — an announcement he followed up with the release of his latest single, "Take Yourself Home." And while we may already have a lyric video for the gloomy synth-pop ballad, Sivan has now treated us to a gorgeous live video of the track.

Much like the kind of tender, introspective track itself, Sivan's live recording begins as an intimate, stripped-down affair. Created remotely with the help of his band, it starts with each member performing their individual parts in black-and-white pop up windows, set against a purple background. And as the video progresses, the visuals gradually morph with a distorted, neon green overlay — to quite the trippy experience.

Related | Troye Sivan Is Leaking His New Music, Like ASAP

Not only that, but at the end of the video, he also pledged 100% of the profits from his new "Take Yourself Home" merch line to artists who need financial support amid the pandemic.

"Quick PSA: if you buy a 'Take Yourself Home' T-shirt, 100 percent of the proceeds will go to charity," he said at the end of the live video. "Go and help artists in need — not me, like bands and crews — people in the entertainment industry, and families who need it."

And though there's no word yet on the status of the "official" music video, Sivan did previously say he'd be using that money to commission visuals from independent artists. In the meantime though, watch the video for yourself (at home), and stream the track.