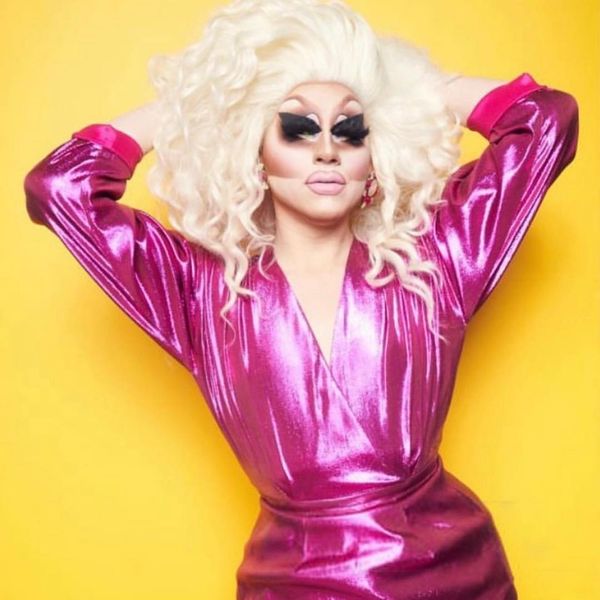 Trixie Mattel is launching her very own beauty brand. The former RuPaul's Drag Race winner made the announcement on Instagram on Wednesday, hinting at a full big reveal on Friday. "I'm launching Trixie Cosmetics! First big reveal is FRIDAY!" Mattel said in her post.

A tweet by World of Wonder further revealed that Mattel is set to debut the line at RuPaul's Dragcon in Los Angeles on May 24.

Listen up, Stacy 💅 @trixiemattel is launching her new cosmetics line @trixiecosmetics May 24th at @rupaulsdragcon L… https://t.co/Isk9t4gMTq
— World of Wonder (@World of Wonder)1556737750.0

Related | Doll Yourself Up With Trixie Mattel's New Makeup Line

This does, however, mark her first full blown independent beauty brand. Despite obvious strides towards diversity, the beauty industry continues to be led by a handful of nearly identical cis voices with little scope for representation. Earlier last month, beauty vlogger and influencer Nikita Dragun became one of the first people to launch a trans-owned makeup brand that specifically geared toward trans consumers.

Mattel first rose to stardom after appearing on season 7 of RuPaul's Drag Race. Since then, she has established herself as both an influencer and successful YouTuber with her wildly popular show, UNHhhh, which also acquired a prime time spot on Viceland. Mattel additionally has a career in folk music, along with a documentary that recently premiered at the Tribeca Film Festival.