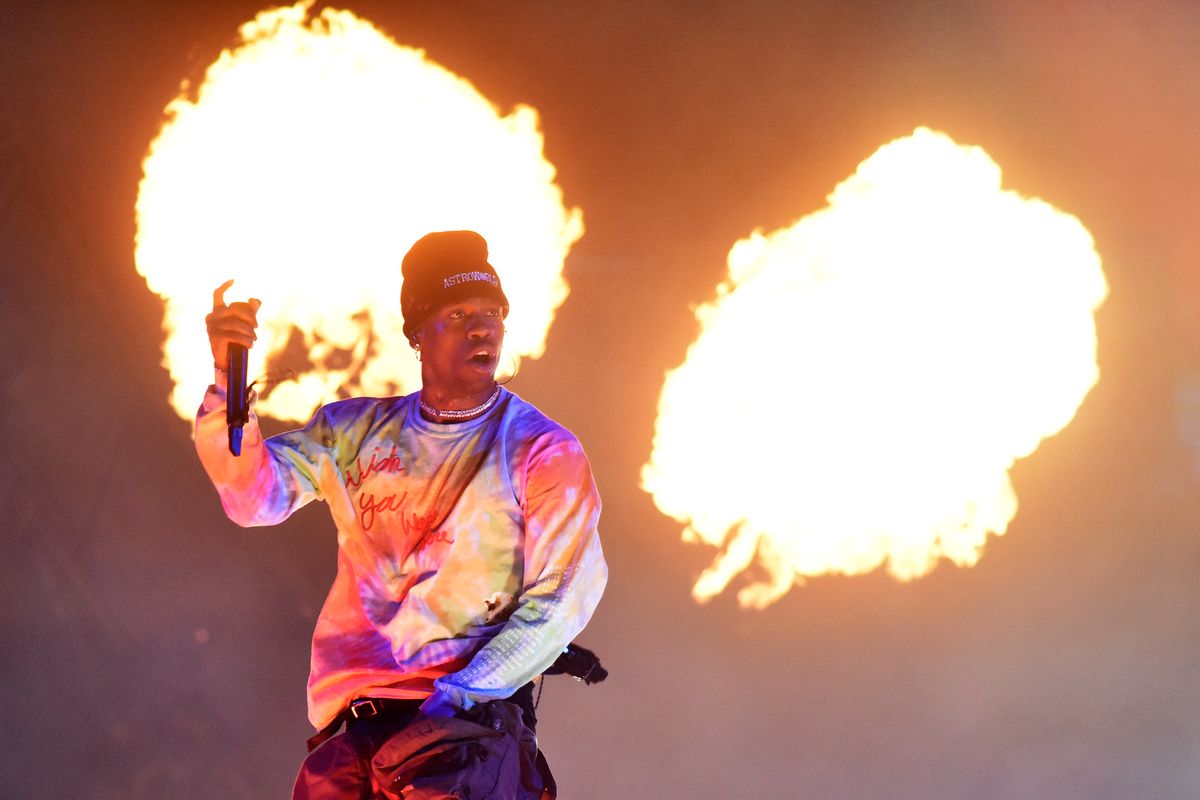 Can you imagine being able to brag that Travis Scott designed your high school's senior t-shirts? For one lucky Houston high school that dream became a reality and will be talked about for many reunions to come.

Back in September, a student of Eisenhower High School tweeted at Scott asking if they could use some of art from the rappers recently released album, Astroworld, in the design of their senior t-shirts for the graduating class of 2019. An understandable request given the massive success of the album and Scott's status as a hometown hero for Houston, what they didn't anticipate was Scott replying to the tweet with "I'll just design them for u guys and send a box thru how about that?"

Now it looks like Scott has made good on his promise, sharing images of the completed designs to his Instagram Story earlier today. The finished mustard yellow tees are certainly a step above your run-of-the-mill senior t-shirt, with a large smiley face globe decal and Astroworld campaign slogan "wish you were here" set in the upper left corner the design is very much on trend with current streetwear fashion. Personalizing the shirts with Eisenhower High School's name in the Astroworld font and signing the back "sincerely, Travis Scott," the shirts will surely be worn for several years to come instead of being immediately thrown out after you mutter "never again" leaving your five-year reunion.

Scott also announced more dates for the upcoming second leg of the Astroworld tour alongside presale ticket and merch dates, check out the full announcement below: