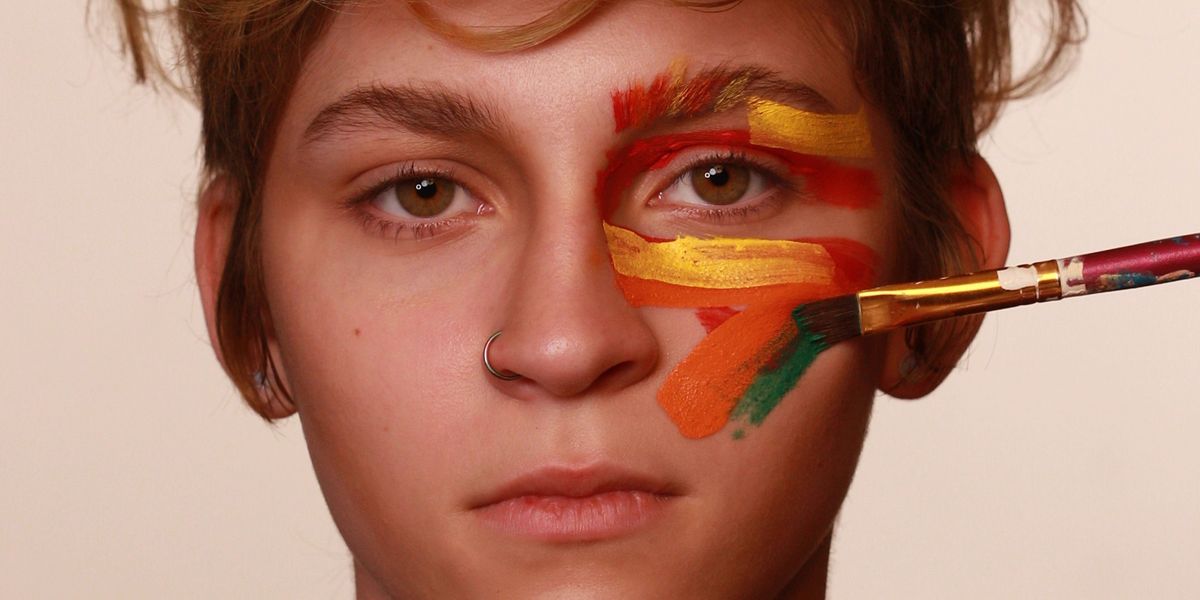 'Draw With Me' Tells the Story of a Youth in Transition

Draw With Me is a film directed by Constantine Venetopoulos in collaboration with The Trevor Project about the coming of age of 17-year-old Brendon who identifies as trans. Throughout the film, we learn about Brendon's use of art as a safe outlet for self-expression in the midst of the complex journey of being yourself in a world that disapproves at times. Brendon's story first came to public attention when their aunt publicly supported their decision to transition. The story focuses on the power that comes with freedom of self-discovery, expression and support.

In advance of the film's premiere, PAPER spoke with Brendon about the experience of filming and their journey as a trans youth. See the full conversation and the film's trailer below:

Why is it important to you to share your story with others?

It's important to me to tell my story because you so often hear about the horror stories of coming out and of people getting disowned by their family because of something that they can't control, and I feel that it's so important to show people who are still in the closet that those aren't the only outcomes. It's super important to help these people see how things can get better and how something as accessible as art can help you through really hard times.

What did you learn from the experience of making the film?

I learned how much more valuable every person's story and experience is to helping me tell my own than I thought before. If it weren't for the hard work of everyone involved, none of this would've been possible.

What advice would you give to kids experiencing similar journeys?

I'd say to listen to your heart and don't let other people tell you who you are. No one knows you the way you know yourself.

What's something you wish cis kids understood about being trans?

I wish cis kids would realize that being trans isn't a political statement. It isn't some radical action, it's just my life. I live it everyday and my existence isn't an attack on them or their personal beliefs.

What's something (or someone) that makes you feel hopeful or inspires you?

Someone who really inspires me and makes me feel hopeful for the future is Chase Ross. He's a trans YouTuber and seeing his videos about being trans just makes me feel hopeful for my future and my transition because sometimes it can feel so far away and so unattainable but to see someone who has already achieved something similar to what I want to is really liberating.

What are your goals for the future?

My ultimate goal is to be able to help people in any way I can. My transition goals are very personal so all I'll say is that those goals are a major motivator to keep going no matter how awful things may get.