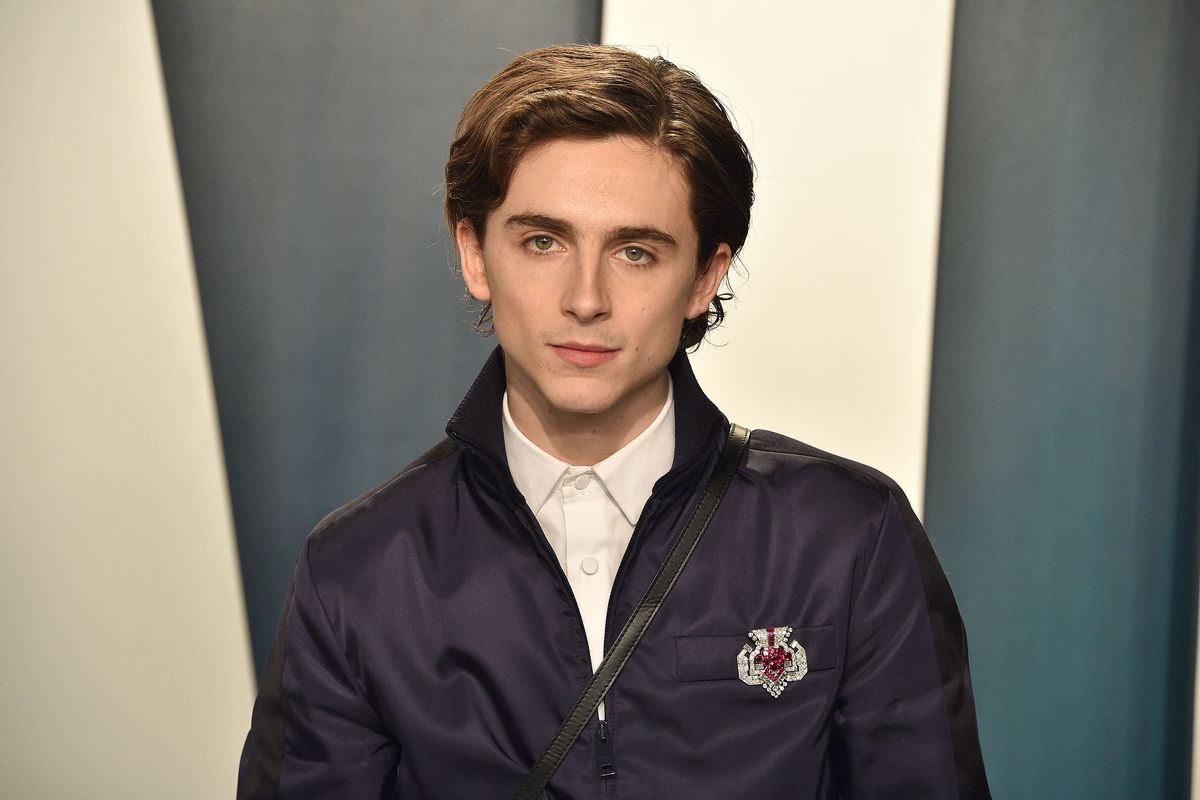 We don't get to see Dune or The French Dispatch in theaters until 2033, but we do get to enjoy a brand new Timothée Chalamet cover story right now, today, this horrible, horrible minute.

A pleasingly lavish new GQ profile of the young actor contains ridiculous throwback heyday-of-print-magazine Vanity Fair Hollywood Issue sentences such as this: "They were still hydrogen and oxygen, and Timothée Chalamet was all of a sudden water." As well as insight into what I still absolutely believe was a staged paparazzi shot featuring the pale childlike bodies of Chalamet and then-girlfriend Lily-Rose Depp, awkwardly kissing aboard a yacht as though on a playground dare ("A PR stunt?! Do you think I'd want to look like that in front of all of you?!"). One overarching and unconvincing theme is Chalamet's ailing finances — with no apartment of his own, he's been hiding out in a "modest" rented cabin in the renownedly bougie and rockstar-friendly upstate town of Woodstock, while the rest of us struggling Manhattan creatives can barely afford a night's stay in Beacon and sheepishly book our AirBnBs across the river in Newburgh, neglecting to mention it on Instagram.

But the photos, the photos. It's a gorgeous Renell Medrano shoot, autumnal and expensive; the fashion credits are all very PRADA!!! PRICE UPON REQUEST. Except one — a baby-pink Juicy Couture hoodie, model's own. A choice piece of ironic '00s-referencing streetwear. It's paired with corduroy pants, $850, by Hermès. It completely works. A high-low mix. What the 30-somethings call a 'fit.

With this one little vaguely-viral fashion moment, the whole endeavor becomes worth it. Saoirse Ronan and Wes Anderson can ramble on about his sophisticated artistic temperament all they like, but a stylist's inspired restraint allows the real Chalamet to poke gently through, soft as velour. He wears hoodies, you guys. He's 24 years old. Rather than the Sorbonne in the 1960s he attended, say it with me, NYU in 2015. Great actor and all, perfect hair… but at heart this kid's the same as any scrawny little white boy Kanye fan you shared a dorm and perhaps, on some late night or other, a blunt with during freshman year. He might be playing Dylan in an upcoming biopic, but had no idea who Robert Zimmerman was until like, late last year at best. Our assumptions of him are almost entirely projected. A sharp jawline goes a long way, and has always done. (It took screaming fans years to realize that Leonardo DiCaprio was just a delicately-featured vape bro; perhaps Chalamet will be allowed to show his true scummy self once he's got a few Scorseses under the Italian leather belt.)