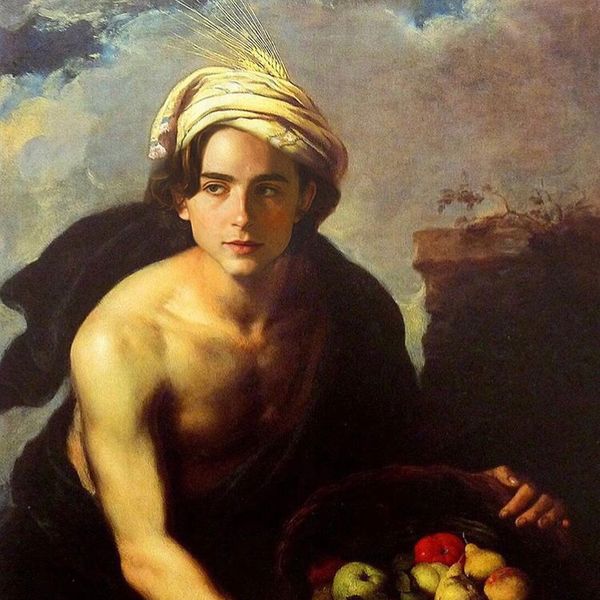 Timothée Chalamet has been floating on a pink cloud of endless praise and adoration for over a year now. His career is, uh, peachy. He's been called the next Leonardo DiCaprio and has several major projects in the works (he's starring as Steve Carrell's meth-addicted son in Beautiful Boy, then there's Greta Gerwig's upcoming adaptation of Little Women, and he's also in talks to join Denis Villeneuve's Dune adaptation). And now, the actor has become a literal work of art.

Magnificent Instagram @chalametinart photoshops Timmy into various masterpieces, because according to the masterminds behind the account, "turns out Timothée Chalamet has been an inspiration to artists as far back as da Vinci."

Kyle should have taken Lady Bird on this lovely boat ride. But he probably would have ruined it by talking about the genius of David Foster Wallace or something.

When he lost the Oscar.

"I saw Timothée in the marble and carved until I set him free."