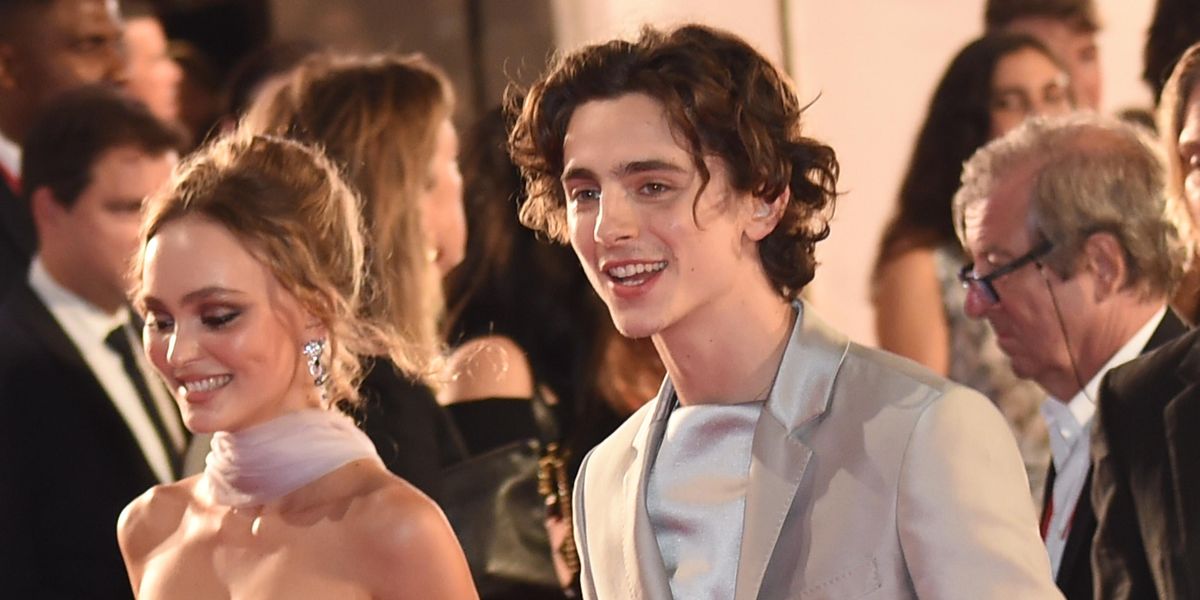 Timothée Chalamet and Lily-Rose Depp are officially back together. At least, according to a new report.

Earlier this week, a source speaking to InTouch claimed the two are "both super happy" and that "their relationship is going really well" the second time around.

"They're a private couple and are keeping their romance out of the spotlight," the insider added. "It works better for them that way."

Chalamet and Depp were first linked back October 2018 before breaking up last April. However, rumors of reconciliation started flying around last week after the the former couple were spotted by paparazzi in NYC. Shortly thereafter, an unverified claim sent to anonymous celeb tea account DeuxMoi claimed to have seen them "holding hands" near Washing Square Park in Manhattan — sending fans into overdrive.

"Mom and dad are back," as one Twitter user wrote, while another person posted a video of a man dancing alongside the caption, "Timothée when he heard Lily was in town."

timothée when he heard lily was in town pic.twitter.com/PDIMBn7pfn

Not only that, but InTouch's source went on to explain that the split "ended up working in their favor" as it made them realize "what they'd lost." And apparently this led to them becoming "stronger than ever" after getting "back together in January."

Neither Chalamet nor Depp have commented on the rumors. In the meantime, you can read what people are saying, below.

timothée chalamet and lily rose depp are back together. it’s a good day today.