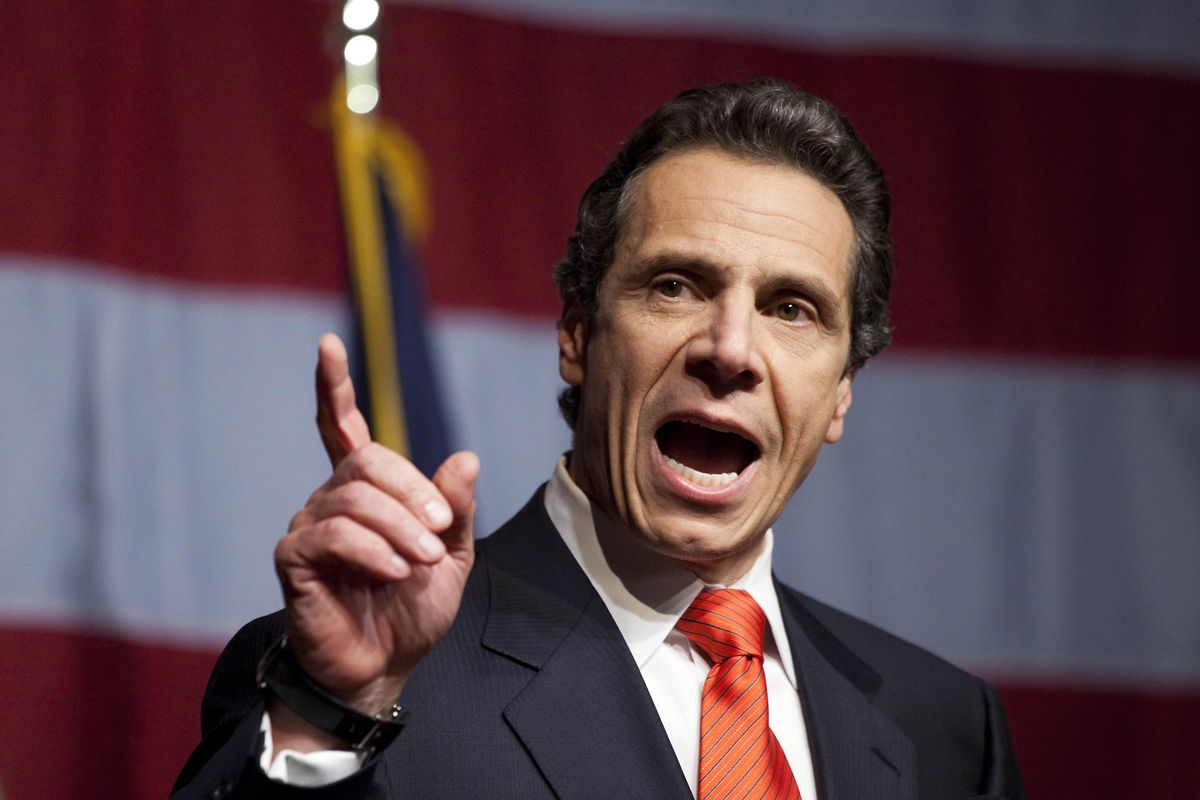 Time's Up, a legal defense fund that works to eradicate workplace sexual harassment, recently published an open letter to New York's governor, Andrew Cuomo. In the letter, which was published on The Cut, the organization urges Cuomo to launch a private investigation of New York County district attorney Cyrus Vance and his office.

The open letter follows a New York Magazine article that was published on Friday outlining the mishandling of a 2015 sexual assault case involving Harvey Weinstein and model Ambra Battilana. Though Battilana accused Weinstein of sexual assault and had a recorded admission of the events, Weinstein was not prosecuted.

The letter argues that Vance, who may have been swayed by Weinstein and his powerful team of lawyers, attempted to intimidate Battilana into silence. Given this information, the letter urges an independent investigation into, "the full decision-making process in this case, including a full review of the correspondence within the office and with any representatives for Mr. Weinstein... to ensure that prosecutorial integrity was maintained and to restore faith in the DA's office."

The letter goes on to assert that a positive relationship between the District Attorney's office and the Special Victims Unit is necessary for women to feel safe, saying, "We are concerned that what appears to be the negative relationship between the sex crimes unit of the Manhattan District Attorney's Office and the Special Victims Unit of the NYPD makes it even less likely that victims who have been assaulted by rich or powerful men will be willing to come forward and that their assailants will be prosecuted and convicted."

It is of great concern that sexual assault cases have not been pursued with full vigor by our criminal justice system. Specifically, there are questions about the handling of the 2015 sexual assault case of Ms. Ambra Battilana against Harvey Weinstein. The Manhattan District Attorney is currently in the midst of a separate investigation, which involves witnesses and facts from the 2015 case. The Manhattan District Attorney at this point believes this current investigation will be completed within approximately 45 days. It is critical not only that these cases are given the utmost attention but also that there is public confidence in the handling of these cases. Therefore, I have directed the Attorney General to begin a review of the 2015 case in a way that does not interfere with the current investigation and, at the conclusion of the Manhattan District Attorney's current investigation, to review the entire matter and report to me on its findings. Based on these findings we will decide what further actions may be necessary. The recent revelations about sexual assault and harassment pervasive in our society are most disturbing. We are leading the way forward with the nation's most comprehensive reform package. This behavior must end.