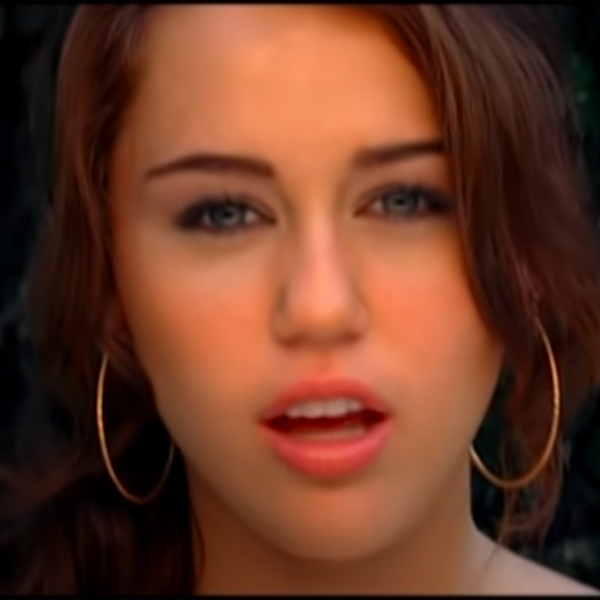 Following what TikTok did for Kreayshawn's "Gucci Gucci," it looks like TikTok could be on pace to breathe new life into decade-old songs at least once per week.

Miley Cyrus is the next artist in-line to have a blast from the past come back around with her 2010 song, "When I Look at You," that has become a sudden favorite for Gen Z's biggest platform. The timing couldn't possibly be more ironic; Cyrus would probably love this attention levied to her recently released single, "Midnight Sky."

"When I Look at You" is Cyrus' loving and emotional second single from her debut EP, The Time of Our Lives. The track, which also appears on the soundtrack to the 2010 romantic drama The Last Song, is an open declaration of adoration for a partner. "When my world is falling apart," she sings. "When there's no light to break up the dark/ That's when I look at you."

Gen Z-ers, upon rediscovering it, have become obsessed with the song's romantic beauty. If you head over to TikTok now, you'll find teens laying on hardwood floors, staring at their ceilings and caroling the song as loud as they can. Sometimes there's fake raindrops to simulate peak drama, but what doesn't change is the testament to booming vocals to match Cyrus' intensity from a decade ago.

Since "When I Look at You" became randomly popular again recently, it's shot up the charts at Spotify and Apple Music, even managing to become one of Cyrus' Top 10 most popular songs on Spotify. It's undoubtedly cool for Cyrus to see this kind of excitement come back around, but she took to Twitter to let fans know that she's focused on "Midnight Sky" and that they should be too. ("Streaming the wrong song.")

"Midnight Sky" is Cyrus' first single of 2020. It's pretty personal, seemingly touching on her marriage to Liam Hemsworth and subsequent relationships with Kaitlynn Carter and Cody Simpson. Upon listening, it's clear that this song could, too, be sung from a horizontal stance on a wooden floor like "When I Look at You."

Here's to hoping that TikTok makes great use of "Midnight Sky," too.