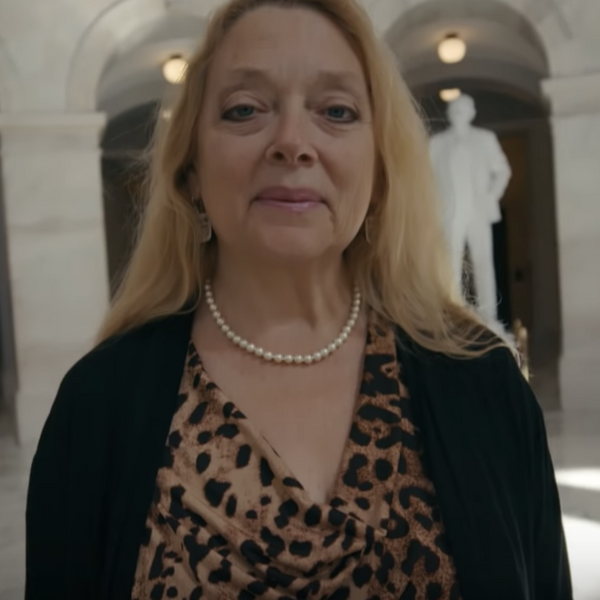 At this point, it feels like everyone and their mother can't stop talking about Netflix's latest true crime documentary series, Tiger King: Murder, Mayhem and Madness — and for good reason.

A juicy, addictive binge-watch, the docu-series is focused on "Joe Exotic" — the now-imprisoned exotic animal enthusiast — and his feud with big cat sanctuary founder Carole Baskin, who he was convicted of trying to murder through a hired hitman.

Related | Binged Every True Crime Doc on Netflix? Add This to Your List

And while there's a lot of material covered in the seven-part show, it turns out that Carole herself is less than pleased with one particular episode focused on the disappearance of her ex-husband, Don Lewis.

In a newly published blog post called "Refuting Netflix Tiger King," Carole hit back at the documentary and contended that it was "disappointing," filled with "lies," and made "without any regard for the truth."

Within the series, Joe and other interviewees hypothesized that the animal activist was involved in Don's disappearance and may have covered it up by feeding his remains to the tigers at the sanctuary — something that Carole denied in Tiger King. However, in the wake of the buzz surrounding the show, she's decided to push back against the speculation featured within the show.

Beginning by saying that she was initially approached by the Tiger King directors about a documentary that would "expose the misery caused by the rampant breeding of big cat cubs," Carole said that it was "disappointing to see that the docu-series not only does not do any of that, but has had the sole goal of being as salacious and sensational as possible to draw viewers."

"As part of that, it has a segment devoted to suggesting, with lies and innuendos from people who are not credible, that I had a role in the disappearance of my husband Don 21 years ago," she continued, before contending that they didn't even give her the opportunity to rebuff these claims. "They did not care about truth. The unsavory lies are better for getting viewers."

Carole then went on to talk about the "supposed circumstantial evidence" surrounding her rumored involvement and talked in-depth about her relationship with Don, the restraining order he filed against her, and the reason he supposedly granted her Power of Attorney. She also alleged that he owed money to the "local version of the mafia" in Costa Rica.

"As [Don's ex-wife] Gladys and the daughters did everything they could to make life difficult for me after Don disappeared, they spread this rumor that they thought I had ground Don up and fed him to the cats. And the media loved it." Carole said, before delving into what she contended were the fallacies of that particular theory. "The idea that a human body and skeleton could be put through it is idiotic. But the Netflix directors did not care. They just showed a bigger grinder."

Additionally, Carole also wrote that while "Don was not easy to live with and like most couples we had our moments," she "never threatened him" and "certainly had nothing to do with his disappearance."

Netflix has yet to respond to Carole's post but, in the meantime, you can read it in full, here.