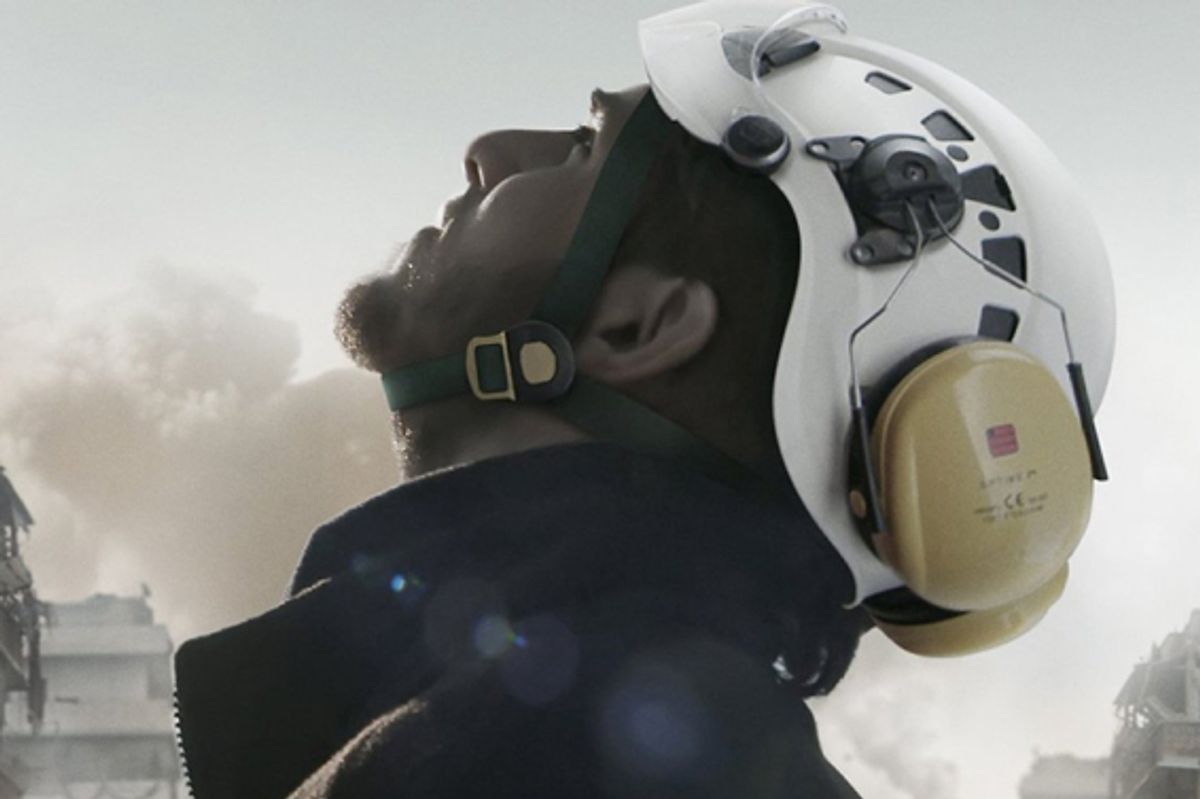 The filmmakers behind the Oscar-nominated Netflix documentary, The White Helmets, have said that the subjects of their movie will not be able to the awards ceremony thanks to Trump's Muslim ban.

The film about the White Helmets organization, which provides aid to civilians in Syria, is nominated for a Short Subject Documentary award this year. And according to producer Joanna Natasegara, they were planning on bringing White Helmets leader Raed Saleh and cinematographer Khaled Khateeb to the Oscars ceremony.

"We have always said that if we were to be nominated, we would bring [Saleh and Khateeb] as our guests," she said, "They've been nominated for a Nobel Peace Prize — these people are the bravest humanitarians on the planet, and the idea that they could not be able to come with us and enjoy that success is just abhorrent."

The director of Watani: My Homeland -- another film about the journey of a Syrian refugee family that was nominated for the documentary short prize -- also condemned Trump's ban, saying, this "travel ban from President Trump is another devastating blow to refugees who have already suffered so much."

"As Trump seeks to demonize refugees and Muslim people in general, films such as Watani: My Homeland, which tell the human story of refugees become ever more important," director Marcel Mettelsiefen said in a statement, confirming in a separate interview that one of the stars of his film will also be barred from attending the Oscars. "We must reconnect with the common humanity of the refugee experience and we must all remember that the founding story of America is dependent upon people who have fled war, hunger and poverty in search of a better life."

Iranian director Asghar Farhadi, whose film The Salesman is nominated for the Best Foreign Language Award, is also unable to attend the Oscars thanks to the immigration ban, according to the President of the National Iranian American Council. This all follows The Salesman actress Taraneh Alidoosti's boycott of the Oscars following the initial issuing of Trump's executive order.