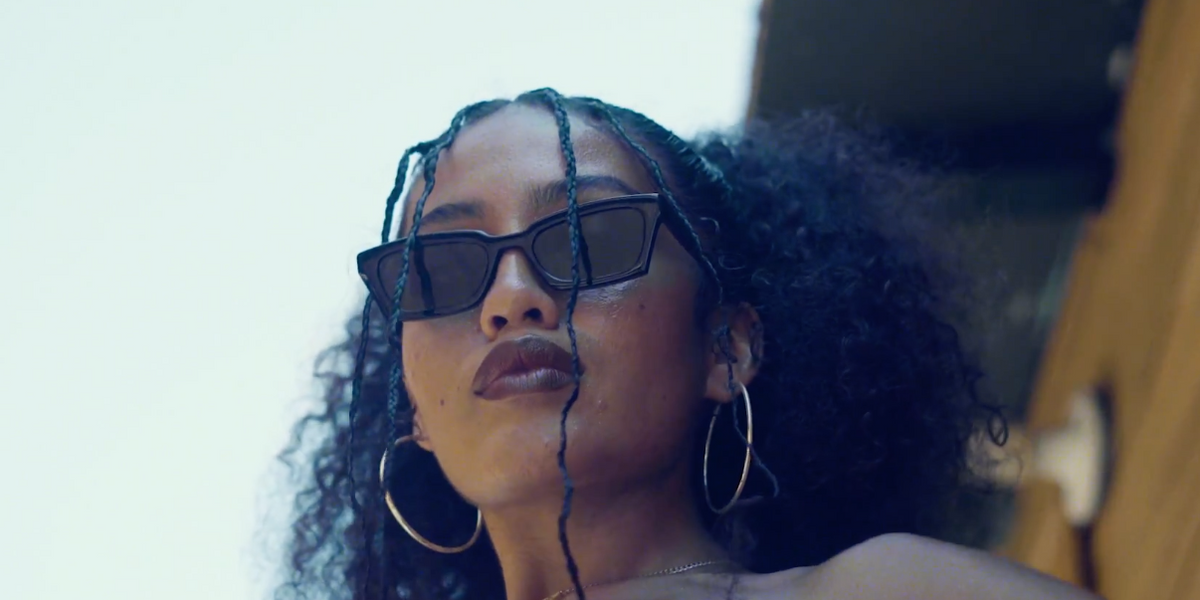 Rapper and musician Theophilus London is readying the release of his forthcoming new album, his first since 2014's Vibes. London, who has previously worked with Kanye West, will reportedly team up on the new record with longtime collaborator, Tame Impala. The first taste of it is "Bebey," an upbeat song that finds the artist noticeably lovestruck by the beauty of summer romance. The self-produced track, bolstered by a simmering island groove and London's smooth vocal cadence, features a catchy chorus and oodles of charisma.

The lines "baby you on top of me/ fills my heart times three," are cheekily sexual puns, sure, but in the overall song's context, it is an equally effective show of reverence for the women London admires. The video drives the latter point home: London moves through a beautiful, sun-lit setting, but midway through the song, the camera focuses on the song's highly praised subject matter and reveals stunning portraits of black women simply being.

If you need an audiovisual reminder of the power, grace, and beauty of black women, add London's "Bebey" to your catalog of references. And keep your ears open for an upcoming remix of the track with UK rapper, Giggs.

Don't miss the PAPER premiere of "Bebey," below. Stream the track here.