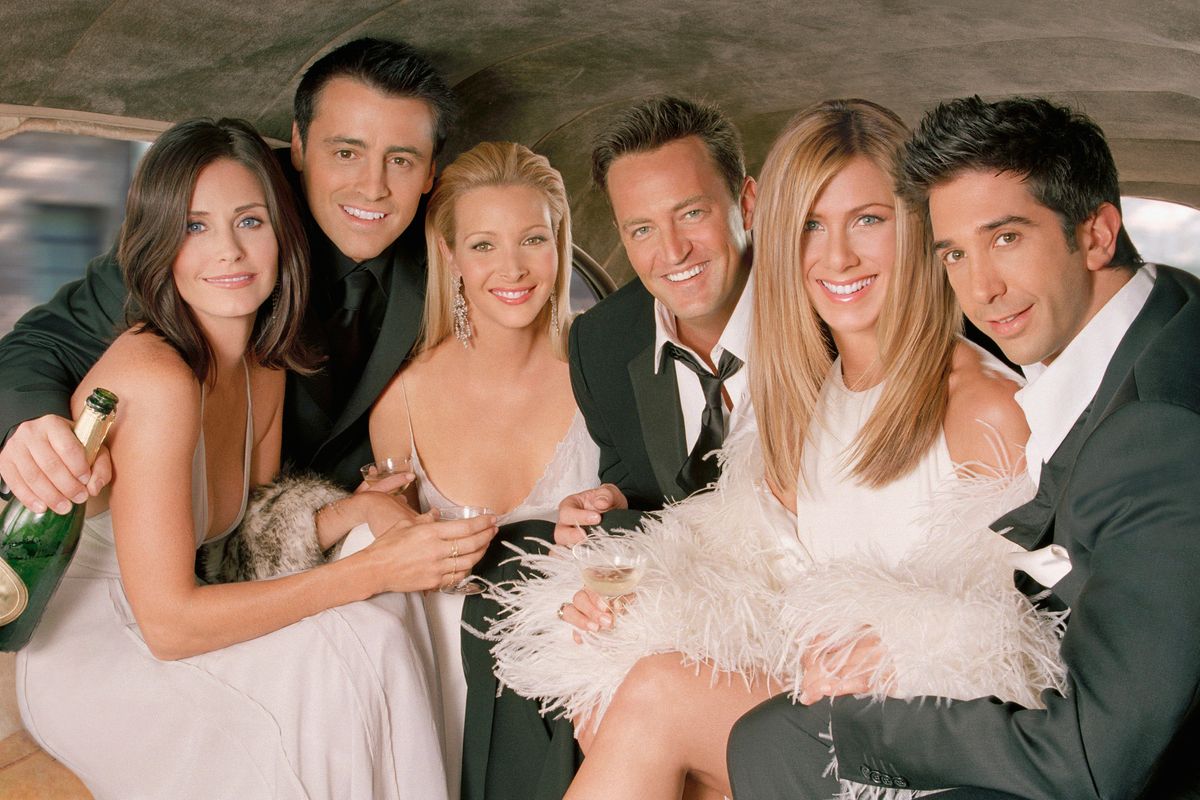 Major news swept the Internet on Friday night: the Friends reunion is coming!

News of the reunion special first came in November, and now it's officially been confirmed by the original cast members. Courtney Cox, Jennifer Aniston, Matthew Perry, David Schwimmer, Lisa Kudrow, and Matt LeBlanc all did a promotional blast on Instagram, posting the same throwback photo — with the exception of LeBlanc who jokingly posted a cast photo from M*A*S*H.

HBO Max confirmed that the special would be available exclusively on the streaming platform. "Guess you could call this the one where they all got back together — we are reuniting with David, Jennifer, Courteney, Matt, Lisa, and Matthew for an HBO Max special that will be programmed alongside the entire Friends library," HBO Max executive Kevin Reilly said in a statement, per People.

"I became aware of Friends when it was in the very early stages of development and then had the opportunity to work on the series many years later and have delighted in seeing it catch on with viewers generation after generation," Reilly continued. "It taps into an era when friends – and audiences – gathered together in real time and we think this reunion special will capture that spirit, uniting original and new fans."

No specific details have been given regarding the nature of the reunion special, but it doesn't look like we're getting a full season. In an interview with Ellen DeGeneres in October 2019, Aniston said a reboot was off the table. "We would love for there to be something, but we don't know what that something is. So we're just trying. We're working on something," she said at the time.