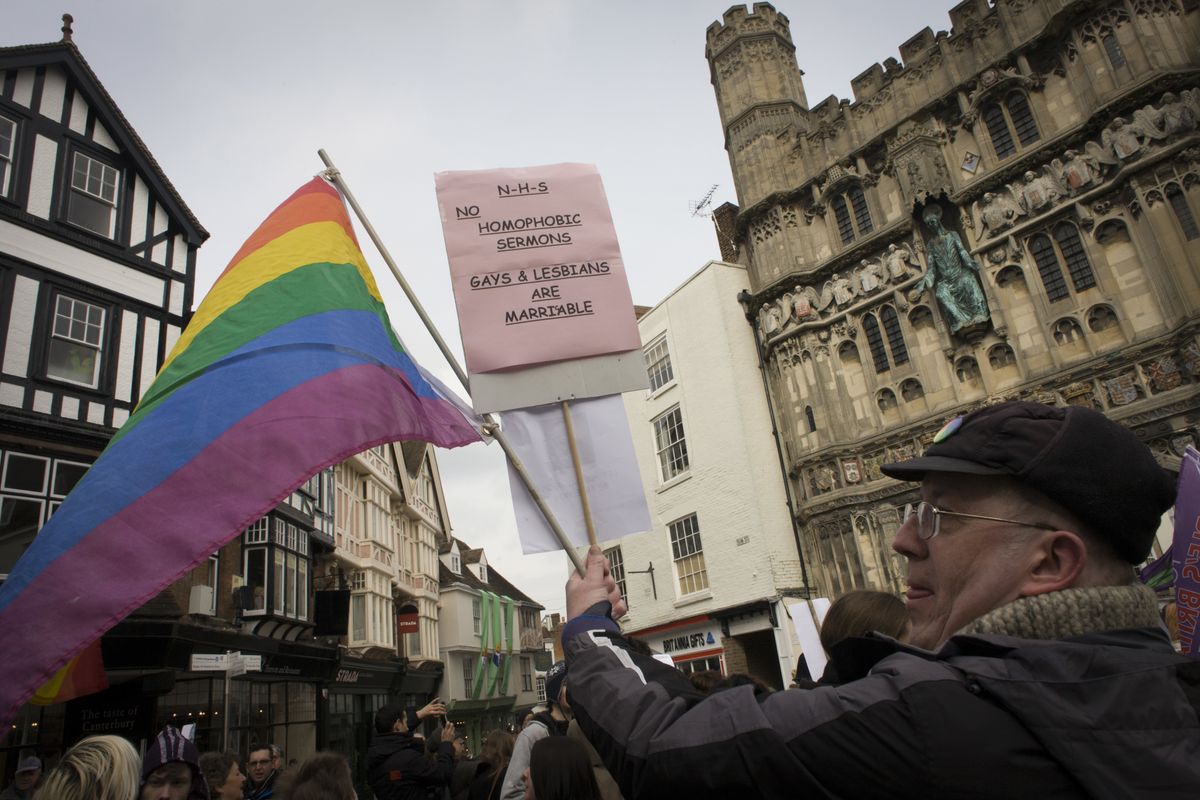 The Church of England Votes for Pro-LGBT Measures

Just in time for Pride in London, the Church of England showed their true gay colors—or at least approved the queerness of others. During their biannual General Synod gathering in York over the weekend, the highest-ranking bishops and leaders of the Church of England elected to implement more pro-LGBT legislation within the church, including strong condemnation of a highly dangerous anti-gay practice.

During the meeting, the Church demanded an outright ban on gay conversion therapy, saying that the practice had "no place in the modern world," a statement backed by the lack of scientific evidence that proves the practice is safe and effective. The surprising, yet very necessary statement, came after two Church members shared their own experiences with conversion therapy, one which resulted in major breakdowns and a hospital stay. Bishop of Liverpool Paul Bayes said it best: "We don't need to engage people in healing therapy if they are not sick."

The Church also lovingly motioned for members to "welcome and affirm" transgender people, setting the stage for a bigger general acceptance of transgender people. Reverend Chris Newlines presented the measure, stating "I hope that we can make a powerful statement to say that we believe that trans people are cherished and loved by God, who created them, and is present through all the twists and turns of their lives."

Both proposed measures passed in a virtual landslide, with the conversion therapy ban passing with 298 votes to 74 dissenting, with 26 abstentions. If this meeting proved anything, it's that religious institutions are slowly but surely catching up with the times and seeing that pro-LGBT actions like these are necessary and beneficial for everyone.