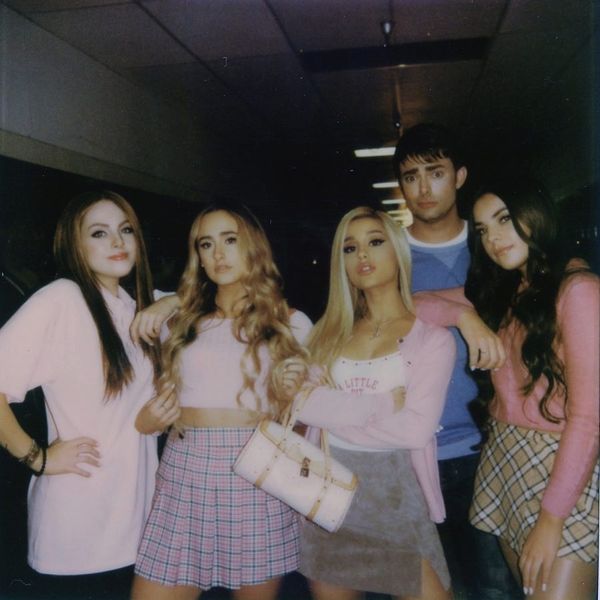 Take a Behind the Scenes Look at the Making of 'thank u, next'

Ariana Grande's video for "thank u, next" is the biggest music video of the year, that is a fact. Breaking a record previously set by BTS earlier this year, the video garnered more views in a 24-hour period than any other video before. It is almost scientifically engineered to the be a smash success for a generation rediscovering their nostalgia for mid-2000s rom-coms. In the wake of the To All The Boys I've Loved Before phenomenon, the "thank u, next" video is a highlights reel of movies like Mean Girls, Bring It On, 13 Going on 30, and Legally Blonde with Grande cast in the starring role.

And while we know you've had it on repeat pretty much constantly since it came out a week ago, we also know that you still can't get enough. Fear not, Ariana Grande has you covered sharing the second part of her behind the scenes documentary for the video today. It features scene breakdowns with the video's director, Hannah Lux Davis, offering insight into why they chose the movies they did and some hidden Easter eggs that you might have missed the first one hundred times you watched. We even get some bonus footage of Kris Jenner's scene-stealing cameo.

Watch the extended behind the scenes documentary for "thank u, next" below: