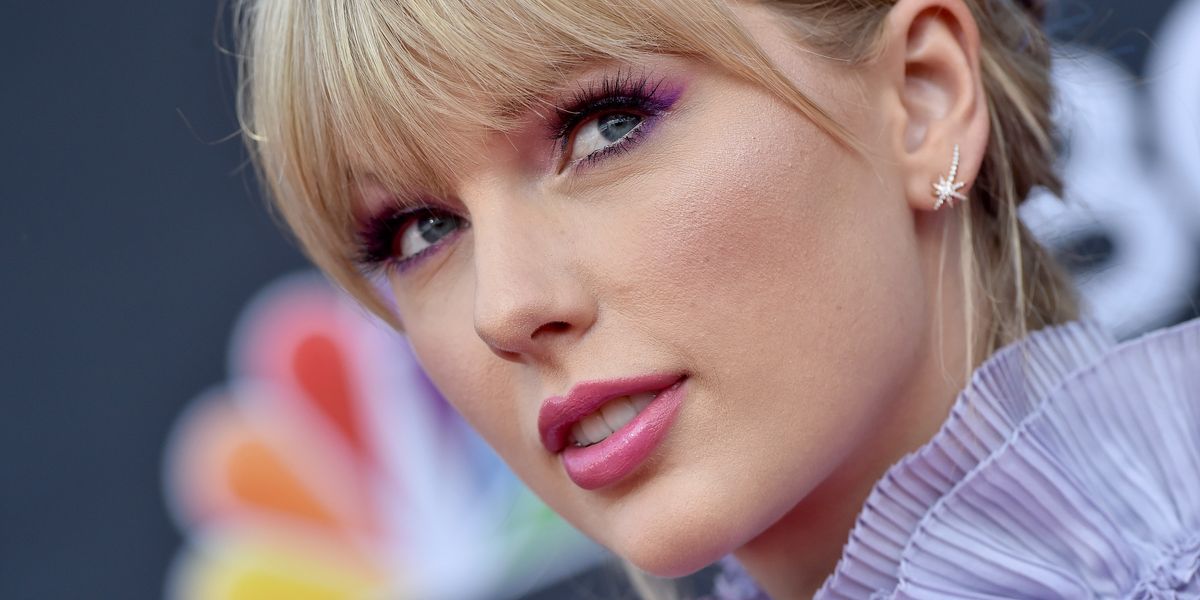 Taylor Swift Writes a Letter to Her Senator

It's Pride Month, and Taylor Swift is celebrating by calling on all her fans, haters, followers, and the general public to write their senators to vote for the passing of the Equality Act.

"While we have so much to celebrate, we also have a great distance to go before everyone in this country is truly treated equally. In excellent recent news, the House has passed the Equality Act, which would protect LGBTQ people from discrimination in their places of work, homes, schools, and other public accommodations," Swift wrote. "The next step is that the bill will go before the Senate. I've decided to kick off Pride Month by writing a letter to one of my senators to explain how strongly I feel that the Equality Act should be passed. I urge you to write to your senators too. I'll be looking for your letters by searching the hashtag #lettertomysenator."

The pop star posted the two-page letter she sent to Tennessee's republican senator Lamar Alexander. In the letter, she makes sure to make her opinions on Trump clear as she wrote, "I personally reject the President's stance that his administration 'supports equal treatment for all,' but that the Equality Act, 'in its current form is filled with poison pills that threaten to undermine parental and conscience rights.'" She continued, "No. One cannot take the position that one supports a community while condemning it in the next breath as going against 'conscience' or 'parental rights.' That statement implies that there is something wrong with being anything other than heterosexual and cisgender, which is an incredibly harmful message to send to a nation full of healthy and loving families with same-sex, nonbinary or transgender parents, sons or daughters."

She signed off, "I respect your position in our country and your ability to really impact positive moves forward. Please, please think about the lives you could change for the better if you were to vote to support the Equality Act in the Senate and prohibit this harsh and unfair discrimination. I, for one, would be immensely grateful."

People successfully responded to Swift's call, and sent letters to their senators to urge them to support the Equality Act, and posted to social media with the hashtag #lettertomysenator.

It’s way past my bedtime, but I was so moved by Taylor’s letter to her senator that I had to pick up my own pen too!!🖊📃📨 I feel so empowered because of you @taylorswift13. Thanks for inspiring SO many people ❤️🌈💪🏻 #LetterToMySenator @robportman pic.twitter.com/GA53a6ATgB

I don’t often get inspired but DAMN. Look what you made me do. 🌈🌈🌈 #LetterToMySenator pic.twitter.com/fGF8gJPoo5

I'm working on my #lettertomysenator. Does it sound alright so far? I've never done this before so I'm using Taylor's letter as an outline. Any feedback is appreciated! @taylorswift13 @taylornation13 pic.twitter.com/fTVY7NH1Ab

Because you can want who you want. Boys and Boys. Girls and Girls. #letterToMysenator @taylornation13 @taylorswift13 pic.twitter.com/yAngEJujFC

#lettertomysenator Thank you for posting about the Equality Act and letting us know how we can help 💙 here’s my letter to Lankford and Inhofe of Oklahoma 🥰🌈 pic.twitter.com/VyjT95yGQf

The "Me!" singer's "Support the Equality Act" Change.org petition also garnered over 50,000 signatures overnight. To sign the petition, click on this link.