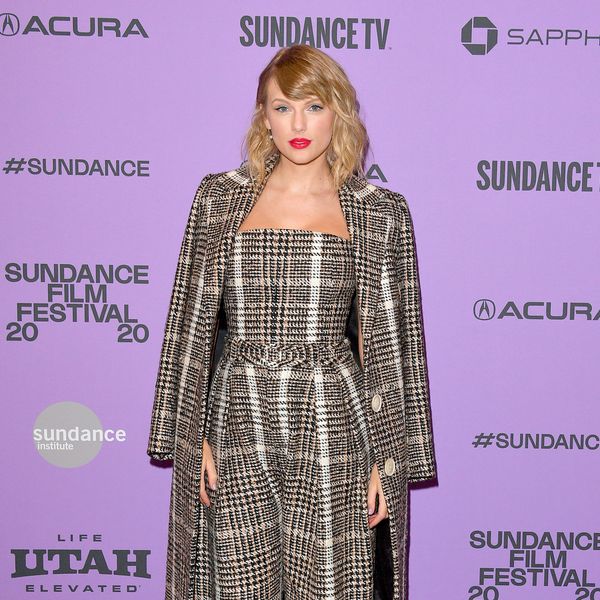 Taylor Swift is opening up about living with an eating disorder. In her much publicized documentary 'Taylor Swift: Miss Americana' that premiered at the Sundance Film Festival last night, the singer revealed in the past, paparazzi photos drove her to "starve herself."

"It's only happened a few times, and I'm not in any way proud of it," she says in the film. "A picture of me where I feel like I looked like my tummy was too big, or... someone said that I looked pregnant... and that'll just trigger me to just starve a little bit — just stop eating."

It got to a point where it started affecting her performance on tour. "I thought that I was supposed to feel like I was going to pass out at the end of the show, or in the middle of it," she says. "Now, I realize, no, if you eat food, have energy, get stronger, you can do all these shows and not feel [enervated]."

This isn't the first time the Lover pop star has spoken up about her relationship with food. In a recent interview Variety, Swift spoke about how her "relationship with food was exactly the same psychology" that she applied to everything else in her life. "If I was given a pat on the head, I registered that as good," she said. If I was given a punishment, I registered that as bad." Speaking of a time when a journalist asked her if she was pregnant, because she had worn something that made her "lower stomach look not flat," she said she "registered as punishment."

Related | Taylor Swift on the 'Slut-Shaming' Minimization She Experienced

Demi Lovato, Kesha and Jameela Jamil among others have all been candid about struggling with their body image. Even Hilary Duff. "There's so much pressure to always have it together, and I'm not falling for it," Duff told Shape in 2018 when asked about losing weight post her pregnancy. "You see supermodels who have babies, and the next week they look as if they were never pregnant. That was not the case with me. Some days I feel great, others I feel pretty normal, and that's acceptable."