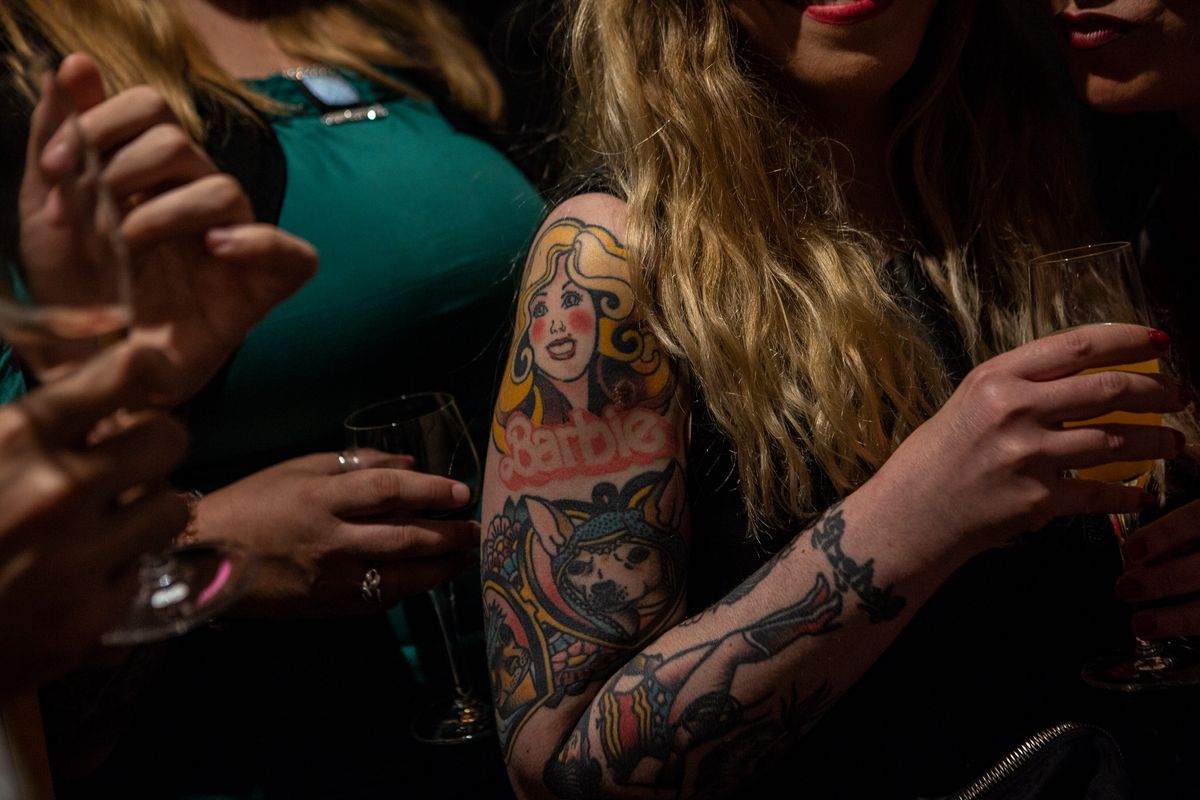 Take That Mom! Tattoos Don't Hurt Your Chances for Employment

Next Thanksgiving with the family is about to get a lot more interesting, thanks to a new study conducted by the University of Miami Business School. It found that tattoos do not negatively impact your ability to get a job, and they might even improve your chances.

Flying in the face of conventional wisdom, the study, titled "Are Tattoos Associated With Employment and Wage Discrimination? Analyzing the Relationships Between Body Art and Labor Market Outcomes" surveyed 2,000 participants from all 50 states finding that the people who have a tattoo earn just as much as their non-tattooed counterparts.

Conducted by University of Miami professors Michael T. French, Karoline Mortenson, and University of Western Australia professor Andrew Timming, they found that the cultural stigma surrounding body art has eroded as the number of young people getting tattoos has increased in recent years.

French says that "hiring managers and supervisors who discriminate against tattooed workers will likely find themselves at a competitive disadvantage for the most-qualified employees." Tattoos have become signifiers of individual expression and creativity, with about 40% of the young adult population having at least one, so employers do themselves a disservice when they discount those who do. In fact, French goes on to say that as a result many companies have relaxed policies, or removed entirely, policies that forbid the display of tattoos in the workplace.

Affirming what most of us have been telling our extended family for years, it is nice to finally see it confirmed that you can have it all and sport a sick tattoo while doing it.