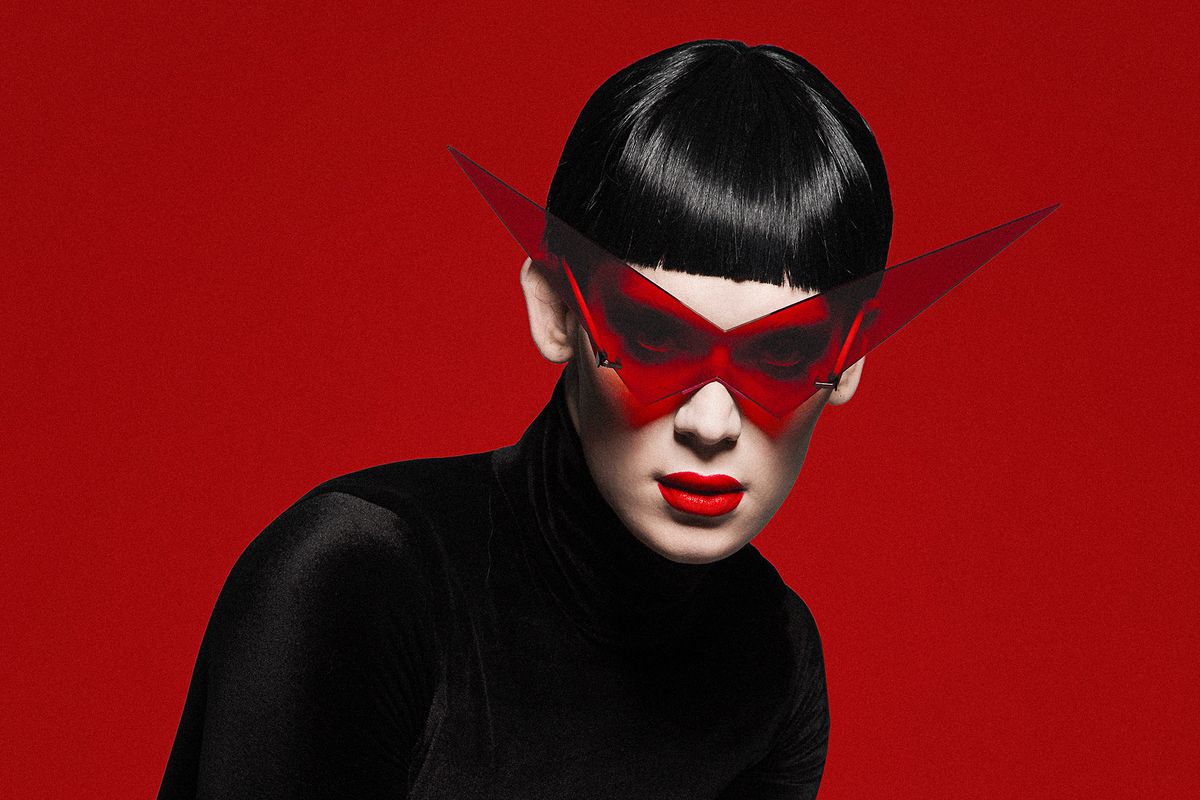 Like so many queer folks raised in conservative towns, Tanner Abel was lured to New York in hopes of experiencing firsthand the LGBTQ liberation this city has fostered across decades. The rising photographer, who's currently working towards his BFA at Parsons, studied the glorified Studio 54 era and tumultuous club kid height, using this research to capture today's queer community through a timeless, informed lens.

Abel's new series Persona, aims to monumentalize LGBTQ nightlife stars, who're often treated as extras in the context of fashion and entertainment. In his studio, these individuals are the main focus, and they're presented in ways that both celebrate and dramatize their personalities. He's recruited Drag Race sensations Aja and Aquaria, as well as costume designer Hana Quist; NYC nightlife fixations Linux and Kyle Farmery, and Brooklyn's rising queen West Dakota also get Abel's stylized treatment.

PAPER caught up with Abel to break down Persona, and the importance of making visible queer art in 2018.

What was the intention behind this body of work?

Historically, the fashion industry and pop culture at large tend to incessantly borrow ideas from underground queer fixtures of New York City, while simultaneously treating them as extras. My work dignifies them as the stars. The intention is really to generate iconic imagery that monumentalizes queer creatives. My images celebrate non-binary and alternative gender expression, featuring subjects who possess an intangible superstar quality that has the ability to transcend outdated notions of beauty.

What was the collaboration process like with each subject? Did you allow them to have some input in how they were presented?

Through the series I work with each muse to elaborate on my vision of them, often exaggerating their prominent features and using visual language including precisely chosen pop culture and art references to assert their individuality. Most of the time I approach the subjects with the idea and try to amplify how I view their style into something even bigger. The subjects do always have the power to be in charge of what exactly they wear and how they present themselves though. For example, Linux is known for wearing these big, abstract shaped garments and they often remind me of Joan Miró's work, so she made a garment with that inspiration in mind and we transformed her into one of his paintings. Sometimes the aesthetics and references are based simply off the garment or an experience I had of them. For Aja, who is the first queen I saw perform when I moved to New York City, my images of her are about capturing my experience of her incredible performance. The sultry gaze, excessive rhinestones, feathers, and red color scheme in one of her frames for PERSONA represent the seduction of my experience being exposed to the performance of drag in real life. This image doesn't attempt to recreate an exact artwork, but is a visual manifestation of my experience of her.

How do you choose your subjects? Why do these people inspire you?

I began photography with an interest in more traditional high fashion photography, and models who are typically used as blank canvases. Through working with traditional models at a number of agencies, I found that I was projecting my own ideas upon them and that they really didn't have any input in how they were being depicted. New York nightlife personalities are a complete opposite to that, they have such a strong sense of self and how they want to be portrayed. My friend J is an amazing queen and I began shooting his looks before he would go to the club. Things just expanded from there. I have a high level of respect for my subjects and strive to showcase that in how I represent them. I eventually decided to attempt including myself so that I could place myself in their heels. By working with individuals who have such a strong sense of self and unapologetic authenticity, I was hoping to take a piece of what they each have with me. The inclusion of myself in the series wasn't initially planned, as I didn't believe I was capable of achieving the same high level of articulation and visual mystique as the subjects I collaborate with. Yet that self-doubt is in opposition to the message I'm promoting with the series.

"The intention is really to generate iconic imagery that monumentalizes queer creatives."

What do you think is special about New York's nightlife personalities?

New York is a queer nightlife mecca, I think the amount of talent and star quality concentrated into the community is astounding. Growing up in a more conservative town, I had no exposure to drag or anything LGBTQ+ related. Through Internet research, this changed when I discovered Studio 54 and the following era of club kids throughout the '80s and '90s. I've always viewed the New York nightlife legends as a golden standard, and I think the rich history here has laid an incredible foundation for the upcoming generation of stars that I've had the opportunity to collaborate with.

How do you feel your POV as a photographer comes through in these photos?

I'm mainly visually inspired by pure studio fashion photography of previous eras. There's just a sophistication within it that I feel is missing in the work that is more trendy today. I may introduce some subjects that you wouldn't normally see in a commercial fashion photo, but that's the fun in it all. It's easy for photographers to rely on having incredible subjects, so I try to push myself to elevate the intricacies of each subject and their ensembles by creating a space around them through lighting, color, and props. I transform the space to reflect how the subjects transform themselves. I'm really attracted to bright pops of color, and tend to think more is more.

Why is queer art important?

Queer art and visibility is more important than ever. While it is easy to forget living in a progressive wonderland like New York City, the mere visibility of queer figures is a political statement in itself. When I was a kid I didn't feel a full sense of belonging, and for the longest time I was ashamed of my femininity. Art has the ability to have a widespread impact on people outside of metropolitan cities, and representation of queer personas in the media is important. Queer art encourages people to unapologetically use their voice with no censorship or limitations.

'Persona' by Tanner Abel will be on view May 15th at Aperture Foundation, 547 West 27th Street, New York, NY.