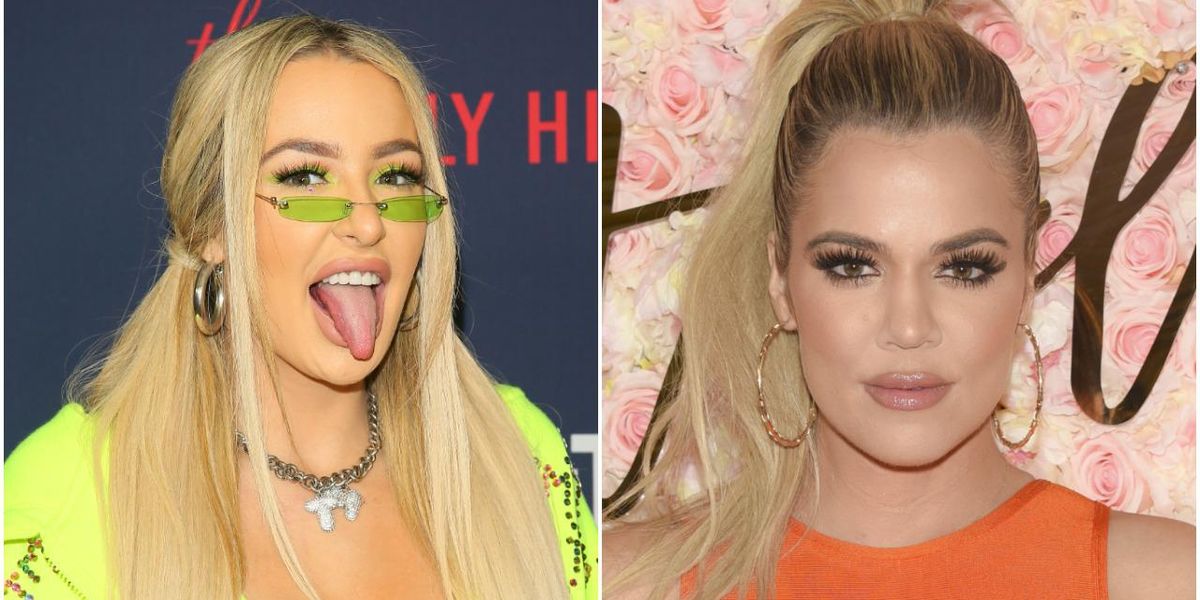 Tana Mongeau has apologized to Khloé Kardashian for inserting herself into the relationship rumors surrounding the reality star and Tristan Thompson.

Back in June, Mongeau poked fun at the NBA player's parenting by asking where 3-year-old True was while he attended her birthday party. However, her "joke" was reportedly made around the same time as Thompson's breakup with Kardashian on the heels of more cheating rumors — including model Sydney Chase's hook up allegations — which led to some criticism about her poor timing.

In addition to the general backlash though, Kardashian herself didn't take too kindly to Mongeau's tweet about her daughter for obvious reason, and later made this clear by liking a fan's post telling the vlogger to "shut the fuck up," because "this screams attention-seeking at it's [sic] finest."

"You know damn well that man gon make headlines over anything pertaining to women," they continued. "you're a bird! don't speak on True either weird ass hoe."

Lollll Khloe’s not messing with you pic.twitter.com/KmgkhyapYP

That said, the YouTuber has now finally apologized for the "joke" and admitted she shouldn't have made the comment during the debut of her new "Cancelled" podcast.

On Monday's "Beefing with the Kardashians" episode, the YouTuber said sorry for tweeting out the post and feeding into the rumors.

"I will apologize for that. I was just trying to make a joke," she said. "In hindsight, I shouldn't have involved myself, and Khloe, I would like to take the time on this podcast to apologize to you." And though she went on to call Kardashian "an amazing, strong, powerful woman who's been through a lot," Mongeau also seemingly tried to defend her tweet as a "Father's Day" joke, adding, "The things that I saw him do, after midnight, literally on Father's Day in this party," before stopping herself from saying anymore.

Kardashian has yet to respond to her apology but, in the meantime, you can listen to the podcast episode, below.