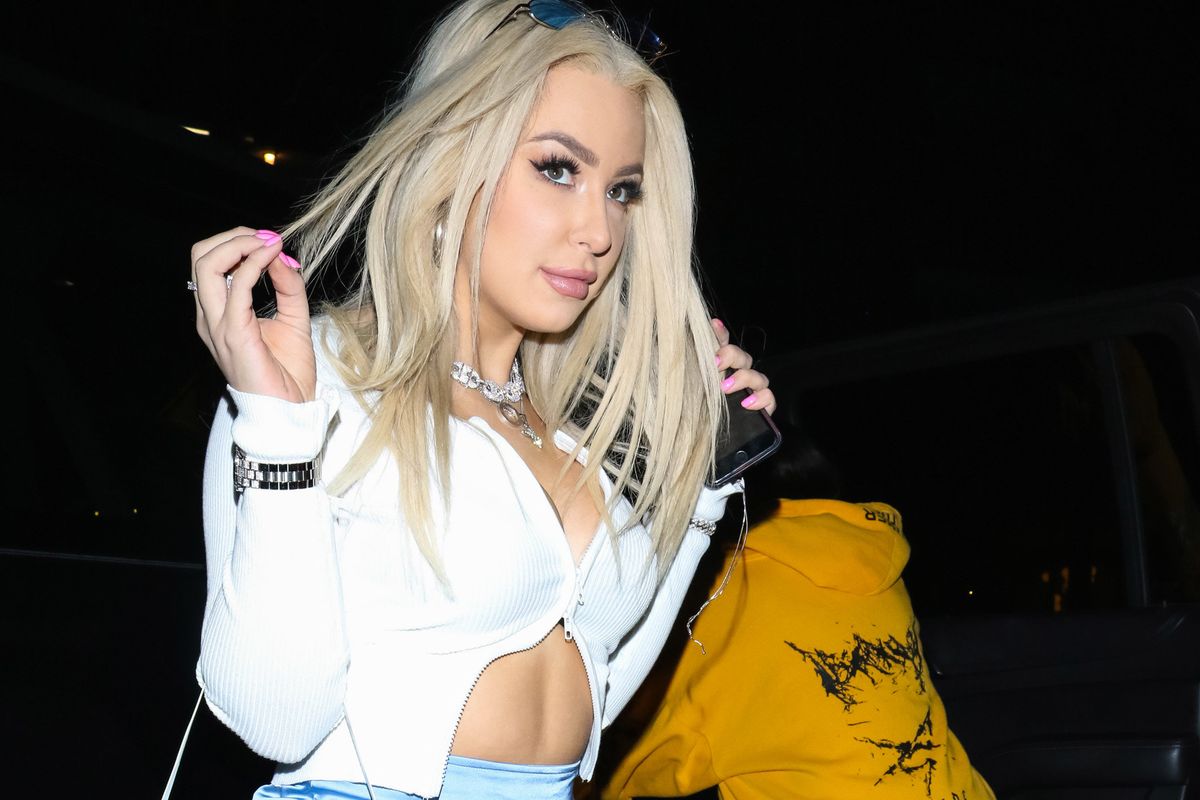 With the US presidential election approaching in less than a month, Tana Mongeau decided to take matters into her own hands. Last week, the YouTuber launched "Booty for Biden," a campaign where she'll send nudes to people in exchange for proof that they voted for Joe Biden.

Related | Tana Mongeau Opens Up About Her Mental Health Struggles

In a tweet that's now deleted, Mongeau linked her OnlyFans account and encouraged people to check it out in support of Biden's campaign.

"If you send me proof you voted for Biden, I'll send you a nude for free," Mongeau said in the tweet.

She also posted on her Instagram on October 1 a photo of her in a bikini with Biden's face pasted over hers with the caption: "#BootyForBiden broke Tana uncensored. Love to see so many ppl who want change as badly as I do. U don't need my ass to know what's right for America so go VOTE!"

Mongeau said in a video that she received over 10,000 messages from people who proved they were voting for Biden. She said the reaction to her campaign was "the best thing ever."

UPDATE: Tana Mongeau says she got thousands of messages on OnlyFans after offering nudes in exchange for proof of vote for Biden. Tana says people “willingly voted for Biden.” According to Cornell University, making any offer to exchange something for vote is an electoral crime. pic.twitter.com/h7UptbafKE

However, according to Cornell University, making any offer to exchange something for a vote is an electoral crime and "whoever makes or offers to make an expenditure to any person, either to vote or withhold his vote, or to vote for or against any candidate," can be fined and face up to two years in prison.

TMZ reported that Mongeau lost her YouTube verification, and there's been a lot of speculation that it's because she violated this voting policy. However, it's not clear if this is the true reason.

The threat of illegality hasn't seemed to stop other OnlyFans workers from joining the trend, however. A number of people have linked their accounts in tweets with the same premise as Mongeau. One sex worker wrote, "Show me you're registered to vote, and are voting for a booty pic. #BootyForBiden @tanamongeau greatest idea and I'm here for it too."