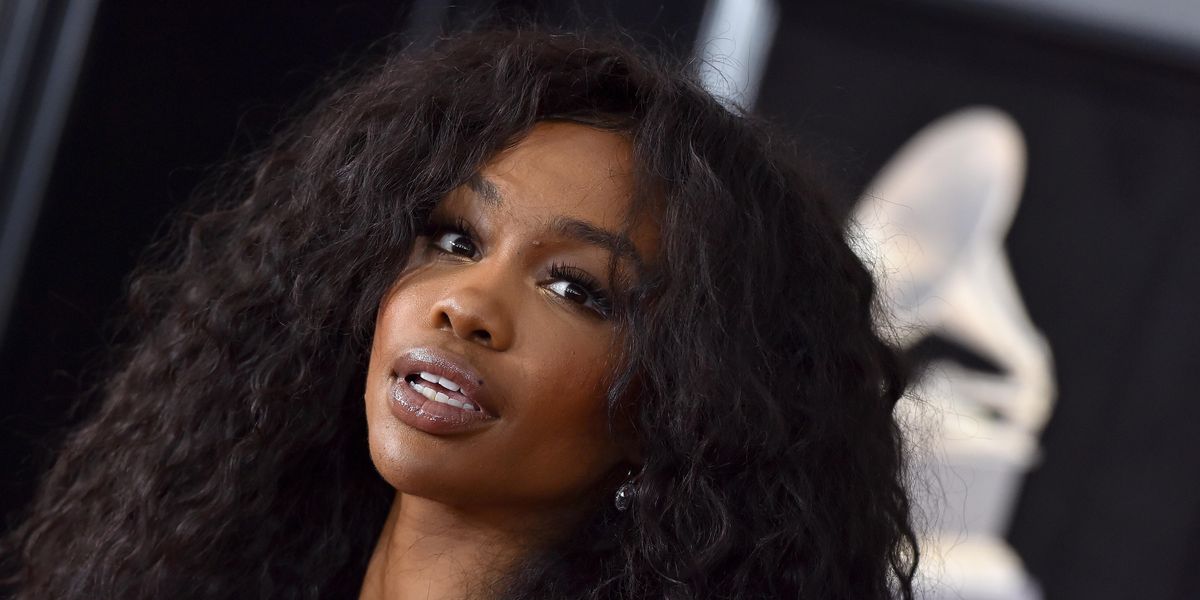 SZA is opening up about how Islamophobia has affected her life.

Recently, the Grammy-nominated artist talked about her experience growing up as a hijabi with Muslim Girl founder Amani for a TikTok chat in honor #MuslimWomensDay.

"For me, Islamophobia really kicked in fresh after 9/11," SZA said, explaining that she was brought up in a small New Jersey suburb where people "have good intentions, but they're inherently maybe closed-minded and it's not their fault."

However, the unfortunate end result of her collective experiences with Islamophobia was an eventual fear of "standing in my truth and standing in my faith," even though she went to an insular Muslim prep school that partially shielded her from realizing "things were weird and awkward until I got a lot older."

"I couldn't believe the Islamophobia that I was seeing and all of the misinformation, like randomly deciding that I'm oppressed because I'm covering my hair," SZA said, before adding that other misconceptions — like the vilification of Islam as a "violent" religion — were also troubling to her.

"I'm not oppressed," she continued. "I think that it's a privilege to exemplify modesty in its forms and in a closeness to God and to explore different avenues of connection with the human form, with yourself and others."

And though she hasn't been a "direct victim of Islamophobia in so long," the star also noted that it was a byproduct of no longer covering her hair — a decision she made in elementary or middle school because she was "so scared" after 9/11.

"I regret so much. Like, being afraid or caring what people said about me, or in high school feeling like if I didn't cover all the time that I can't start covering some of the time," she reflected. "And I did start covering again in high school, and then they were like, 'What is this? You don't live your life properly. You're not really Muslim. Shut up.' I always let somebody dictate how I was."

Even so, SZA went to recall how incidents like someone throwing "a brick in my dad's mosque" or "getting chased home by children at school and getting my hijab snatched" also colored her mindset, calling the threat of "imminent danger" based on other people's assumptions was "intense."

"I guess it's like the same kind of intense that people treat me differently based off of looking like a Black woman," she noted. "And I really empathize. Even though I'm also Muslim, it's a different type of targeting when it's about your aesthetic and your ethnicity, you know what I mean? They're really not mad at your faith. They're mad at the way you look and the way you live."

Not only that, but the musician also talked about how her identity affected her music career in the beginning, as many people were telling her "what they thought I should be looking like and what I should be dressing like." Granted, she added that she really "didn't give a fuck" thanks to her dad, who instilled within her that it was okay to wear baggy clothes and overalls. Not to mention "being cool as hell and Muslim."

And even though SZA at times grapples with her own "personal feelings of imperfection" when it comes to how strictly she observes her faith, she always feels a sense of comfort when she gets to wear a hijab for shows in places like Malaysia and Indonesia, citing a lack of judgment and people who would tell her that she "was being fake."

That said, she added that she still sometimes goes "back and forth" about covering, because she "doesn't want to be part-time with it." And that's especially true when she thinks "about the rest of my life" — i.e. things like her lyrics and smoking weed.

Despite all this though, SZA said she's been cultivates her relationship with Allah through prayer to help her "stay in alignment and feel grounded," particularly in the past year.

"Sometimes I feel like I'm super imperfect and I can't possibly have any value in spirituality. But I realized that everybody's journey with God, source, spirit, Allah, whatever you want to call it, is very personal," she explained. "It's very direct and it's... just super-individualized. So I try to just release the guilt and let whatever natural energy is coming through my mind, and just embrace all the thoughts, all the feelings."