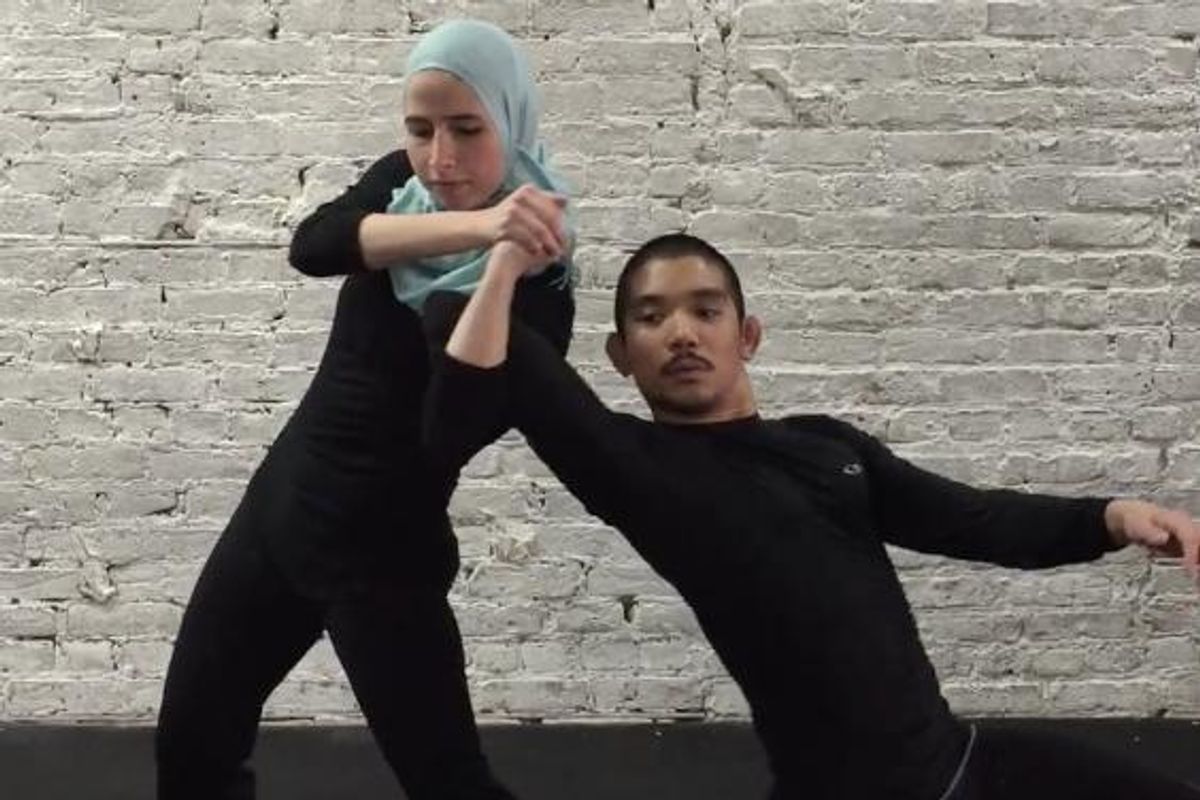 The Southern Poverty Law Center announced that there have been 701 incidents of hateful harassment across the country since the election in their latest Hatewatch Report. Donald Trump and his terrifying cabal of xenophobic, Islamophobic, racist, misogynistic, anti-LGBTQ, anti-immigrant, anti-environment, Neo-Nazi sociopaths presents a serious threat to our liberty at large, and a grave existential threat to the bodies of brown, black, female and queer people on the street. In response to the palpable sense of danger that swirls around us, Americans have been flocking to self-defense and martial arts classes to learn how to protect themselves from attackers, and to get buff before Election Day. In short, we're trying to make a quick pivot from Sarah Conor in Terminator, to Sarah Conor in Terminator 2.

Zaineb Abdulla, a 24-year old self-defense trainer from Chicago, has developed a special strategy for Muslim women to protect themselves from the hateful bigots that attempt to rip off their headscarves. "It gives us confidence," Abdulla said of her self-defense classes in an interview with the Washington Post. "If someone grabs you, you have the ability and the right to fight back." She uploaded videos to her Facebook page demonstrating how to immobilize a hijab-grabbing attacker approaching from both the front and the rear, which quickly went viral. In her post, she instructs women to "practice this move until it becomes muscle memory, and teach your body to react before thinking."