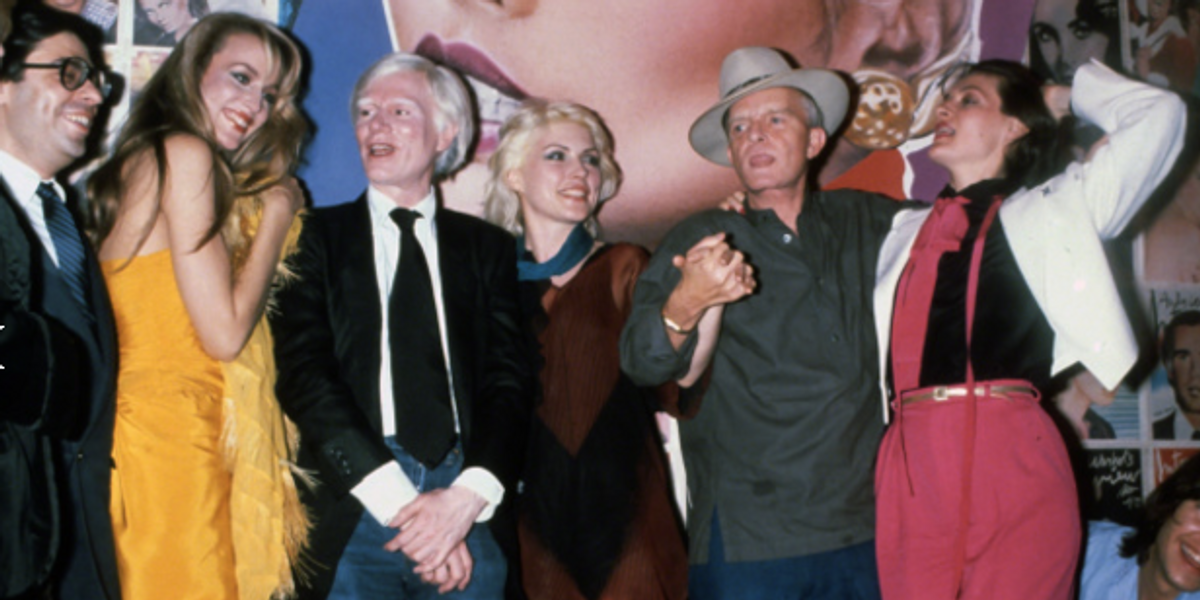 The ultimate disco, Studio 54, had a second wind after it was closed down in 1980 and owners Steve Rubell and Ian Schrager were sent to jail for tax evasion. A year later, naval-officer-turned-entrepreneur Mark Fleischman bravely reopened the place and tried to restart the party. Fleischman has written a book, Inside Studio 54 (with his wife, Mimi Fleischman Denise Chatman) about his incredibly vivid experience there. (The book is currently available for pre-order via Amazon and Barnes & Noble and out September 17th.)

Fleischman takes you through the hedonistic, denial-prone era of drugs, booze, and sex till you dropped--literally. Today, Mark and Mimi live in California where they own the Bar Method Exercise Studios. Yes, it's a long way from designer drugs and smashing glitter balls. I asked him for his take on the various drugs that most prominently affected the disco era (and his own life), and he soberly obliged.

Hi, Mark. Congrats on the book. It looks terrific. What would you say were the most damaging drugs of the disco era? Coke, 'ludes…?

I did it all! I ended up at Betty Ford. And then I stopped everything.

Did that happen on your own or was it an intervention?

An intervention, in a way. My girlfriend, and ultimately she became my wife, intervened with a good friend of mine, who was a specialist in drug addiction at Cornell Medical Center. They saw me and they said, "Betty Ford." It wasn't the cure-all for me. Ultimately, I went to Rancho La Puerta, which [singer/songwriter] Paul Jabara turned me onto. It's a spiritual retreat [in Mexico], with organic food and hiking and exercise, very physical. After that, I gave up everything and was able to reinvent myself and open [midtown restaurant/club] Tatou in New York in 1990.

I know Betty Ford was becoming trendy at that time, but was there still a stigma to going to rehab?A little bit. Some people thought I must really be fucked up, but I was. The instructions that Betty Ford sent me were, "Get on the plane and come to Palm Springs and don't drink," so I decided I was going to have one last Bloody Mary with breakfast. That ended up becoming three or four. By time I got there, I fell asleep on the couch as I was being admitted. They searched my luggage and found all kinds of things in there and threw them away. I had a blood test and they found various drugs in me.

They said, "You're here for six weeks, not four, because of your blood test."

What were you on, exactly?

It all started with pot. Then I went onto coke. Somehow in the middle of all that, I did acid and mescaline. Poppers, of course.

But you're straight. I thought only gays do Poppers.

Everybody did Poppers at the time. I had the little canister. I didn't wear it around my neck when I danced, but I had it in my pocket. Also, when I was having sex, just as I was about to orgasm, I'd take a hit of Poppers. It makes it more intense. Then of course there was angel dust. And quaaludes, which were at the time called disco biscuits. And somebody turned me onto whippets. It's nitrous oxide, inhaled from whipped cream canisters. That's really addictive and it was really horrible and it was the one that did me in. It's the greatest rush of all time, but then it only lasts about 20 seconds, so you have to do it again. In the middle of all that, next to the mescaline, there was Special K. It comes from ketamine. It comes as a liquid. Ketamine is used to inject women during childbirth in the form of an epidural. They use it in hospitals. Somehow people were able to buy the little canisters. We'd distill it on a spoon with the match and turn it into powder. We couldn't sleep, so we'd hang out at Crisco Disco till noon and Hank, the owner, used to mix it with cocaine and we'd snort it. People who didn't know what it was would go wild. Some had weird trips, but mostly they had good trips. It was a little trippy.

Photos from "Inside Studio 54"

Did you ever end up in a "K hole" where you felt alienated?

No. It had a very positive affect on me. Hallucinogenic drugs always did. Before that, in the late '60s, I used to eat mushrooms. I always felt good on hallucinogenic drugs. The other thing we did from time to time is speed. Also, dexedrine, meth—meth was pure at the time, not what they're selling now that kills people. And valium to go to sleep. There was no way I could sleep without it. Of course when I woke up, I was groggy as hell and I'd do coke again at two in the afternoon and my routine started all over again. I did that for three and a half years, which is why I finally fell apart and needed to go to Betty Ford.

And once you cleaned up, you never turned back?

No. That all happened at Rancho La Puerta. I was on this mountaintop, which is considered a magic mountain. Shamans had been going there for thousands of years. Somehow or other, I got this high from being healthy, fit, and climbing this mountain.

It's a much cheaper high.

Cheaper and better, and I can live longer. A lot of the people I knew are no longer around.

But how do you get that mountaintop high again? What do you do?

What were the most prevalent drugs you saw others on in the '70s and early '80s?

Could you determine what people were on based on their behavior?

Yes. With coke, you see them talking fast and jumping around a little bit. With quaaludes-- remember Steve Rubell? He used to get really high on five or six quaaludes and act similar to Jordan Belfort in The Wolf of Wall Street. He'd stagger around and spit.

I only saw the charming side. What was the most damaging drug of all back then?

Cocaine led a lot of people to heroin, and that became the most damaging drug. At first, they snorted it, then they shot it. That wasn't for me. I tried snorting it once. It didn't make me feel great--it made me feel too down. I never shot anything. I don't like needles.

Do you think today there's just as much drug use among a partying crowd?

No. I think the people who were alive then are happy they're alive now. I think they're just on alcohol.