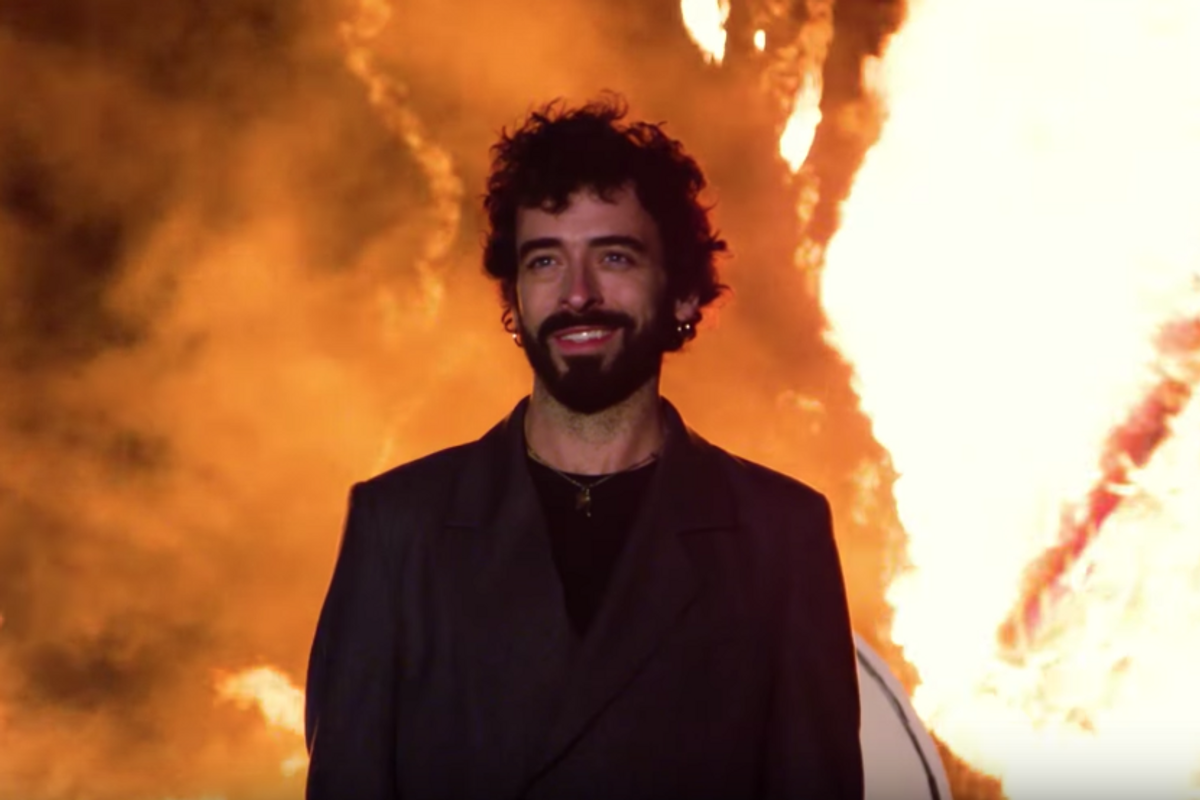 Watch the PAPER premiere of SSION's "Heaven Is My Thing Again" music video.

SSION is responsible for creating one of summer 2018's most ambitious albums, stacking O with an impressive range of features and sounds that span genres and decades across 13 maximalist tracks. Led by Cody Critcheloe, everyone from Sky Ferreira to Róisín Murphy and Contessa Stuto join forces, making O a dynamic, collaborative effort that shines a spotlight on SSION's community. In doing so, SSION's latest checks all the boxes — the glam, disco-infused "Comeback," the searing punk highlight "Forming," the anthemic '90s brat-pop duet "1980-99."

The album's hidden track, "Heaven Is My Thing Again," is similarly loaded, inviting dream lineup MNDR, Jametatone and Ian Isiah to perform alongside SSION. Clocking in at more than 8 minutes, it's an epic final statement, moving from bouncy, sparkly synths to grinding guitars and an ethereal breakdown from Isiah. "Heaven, you are my thing again," SSION repeats on the chorus, his voice smooth like a '70s heartthrob.

Critcheloe is revered for his music videos, having directed visuals for major artists like Kylie Minogue, Perfume Genius, Peaches and Robyn. Following visuals for O singles "Comeback" and "At Least The Sky Is Blue," now SSION is sharing another for "Heaven Is My Thing Again." In the clip, out today, SSION performs the track live on a fictional TV station for a gaggle of shrieking teens. Leaning into rock 'n' roll tropes, he turns eventually turns things way up, getting bloodied and battered before burning the entire stage to the ground (You'll want to watch 'til the very end).

"I feel like this entire month has been such a shit-show," SSION says in a statement about the visual. "All this goddamned pressure to be proud 24/7. Don't get me wrong, I am proud sometimes but it comes in waves and I guess that's extremely normal which is something that I'm not very proud of. Ultimately, I'm FINE. I just gotta ride out the storm and be thankful for the 'real' shit: my ability to sweat pools and ROCK in-humans all over the world against all odds and manholes. So when my network television debut falls apart before millions of raging-screaming-teenage-girls I just deal with it cause I'm a seasoned queen and ready to be burned alive."

Watch the PAPER premiere of SSION's "Heaven Is My Thing Again," and Stream O in full, below. SSION will be performing this Friday, June 22nd, at Ladyland Festival in Brooklyn. You can also see him in Chicago's Logan Square Arts Festival on June 23rd, and again in New York at the Bowery Ballroom on June 30th.