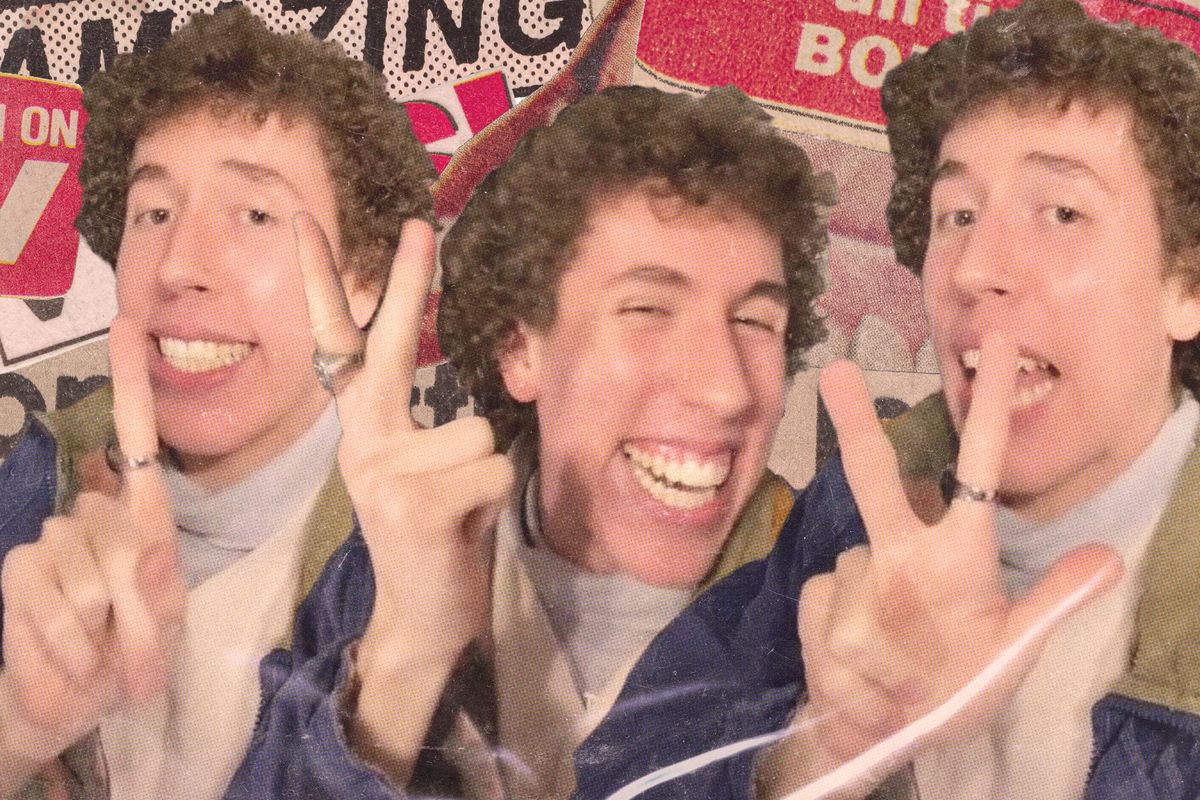 No One Rages Better Than @Spencewuah

When it comes to the art of the TikTok storytime, few can do it as well — and as loud — as @spencewuah.

Over the past year-and-a-half, the 19-year-old TikToker has made a name for himself thanks to his uproarious and expletive-laden storytelling style, which humorously turns everyday anecdotes into cataclysmic events worthy of an eye-popping meltdown. Because whether he's cursing out "whoever the fuck invented math" or regaling his nearly 8 million followers with a story about a shitty customer, when it comes to capturing the kind of irritation and pure frustration that comes with the ennui of daily life (particularly in quarantine), no one can rage better than Spencer.

i hate math if you couldnt already tell #fyp

Needless to say, it makes sense that the New Jersey native is best known for his viral "Daily Scream" videos, which see him recapping his day with the kind of gusto typically reserved for an all-caps text. Always preceded by its instantly recognizable intro ("If you're new, welcome. If you're not new, you know what fucking time it is."), the beloved series can cover anything from his annoyance with essays to a rehash of a rude interaction with someone on the street.

And though Spencer himself admits that the subject matter of his "Daily Screams" might seem "minimal to some people," in between being mentioned by Liam Payne and Candace Owens, their overall impact is undeniable — something that's pretty impressive given that they initially just started as a way to vent about work.

i can now pass away peacefully. thank you @liampayne #fyp

why did a grown republican politician tweet a video of me and put me on her instagram story 3 times?... #fyp

♬ Therefore I Am - Billie Eilish

After all, while he's always "used [his screaming] to feel better," Spencer explained that the series itself actually began earlier this year as a "therapeutic" tool to decompress post-shift while he was still at Starbucks.

"I would always scream in my car whenever I was on a break... And then one day I was like, 'You know what, I'm just gonna report my mental breakdown,'" he said. "And so my first ['Daily Scream'] was called a 'work scream,' which was me screaming about work and these terrible customers I had to interact with. But it did well, and I was like, 'I scream on a regular basis, so why don't I just make this a daily thing?'"

mind you. she came back and complained twice. #fyp

However, since quitting his job back in September, the "Daily Screams" have turned into a grab bag of stories about college and his personal day-to-day. But even without his rants about customers filmed on-the-fly in the Starbucks parking lot, they're still pretty accurate representations of his emotive personality and natural style of expression, which he explained tends to make minor things "sound like a major event has taken place" in his life.

"I feel like it's because I'm just an overly emotional person. When it comes to everything I'm a crybaby. Like when I get mad, I get mad," he said. "Even though the things that happened to me are kind of normal — like a lady bumping a carriage into your back — for me it's just like, 'Oh my gosh, like a volcano just erupted outside of the store.'"

Obviously though, his flair for the dramatic is a huge reason why he's garnered such a devout fan base — to the point where people now use his voice as their ringtones and alarm clocks. And while they may have been initially drawn in by his zingers, pillow punching or highly relatable exasperation with everything (and everyone), a part of Spencer also thinks that his "Daily Screams" provides many of his followers with a much-needed secondhand catharsis of sorts.

"I think people like it so much because people are drawn to people releasing their emotions. Or at least, I realized that every video I've ever seen on my For You Page of someone scream-crying has always done well," he said. "I feel like everyone is just like, 'I can relate to this,' but not everyone has the guts to sit in front of a camera and just scream and cry. So it's relieving to watch someone else do it, because you're like, 'I am experiencing this. I don't want to upload my videos of me doing it, so I can relate to this on a personal level. This is like a stress reliever for me.'"

Granted, while he's heartened to know that his videos are resonating with so many people, he added that his internet fame also has a dark side, as it's allowed some fans to disregard the sorts of "boundaries you wouldn't cross with any other person." After all, as he said, "the minute you place yourself on the internet and you develop an online persona, people automatically see it as an open door to just walk right in." And sometimes, he feels like it gets to the point where "people just see you as this object, which is why they feel it's okay to cross these lines."

"They think it's okay because it's like, 'Oh, your life is already out in the open,'" Spencer said, before recalling a time when "someone drove past my house, and shouted my name up and down the street and kept going back and forth." And while he acknowledges that this is something that comes along with being an online personality, there are still some aspects of his private life he's tried to keep under wraps until recently, such as the identity of his new boyfriend.

"I completely understand their investment and curiosity about my personal life," he said. And though he recently did do a "boyfriend reveal" on Instagram, Spencer added that all the prying still gets overwhelming at times, especially when people begin threatening other people in his life.

"They'll comment on my posts like, 'Spencer I am so happy for you, but if he breaks your heart I'll break his legs,' and I was like, 'Oh, wow. Wow, okay,'" he continued about the boyfriend situation. "I haven't ever been used to that. I mean, it's comforting knowing that people care about me that much, but when it gets to the point where it's really invasive and you're DMing everyone that I follow on Instagram... That's when I'm kind of like, 'Chill.'"

Related | @GhostHoney's TikToks Will Heal Us All

Regardless, Spencer still wouldn't trade the connection he has with his fans for anything else, especially since his virality has also opened up a whole new career path. In fact, he's already thinking about moving to LA once the pandemic is over. And when he does that, we can likely expect to see him a lot more, as he's planning on pursuing a full-on influencer career before he goes back to school in March.

"Hopefully within these next few three months I can build my YouTube and I can keep doing TikToks," he said. "That's what I see right now. But again, everyday it's one step at a time. One foot in front of the other."