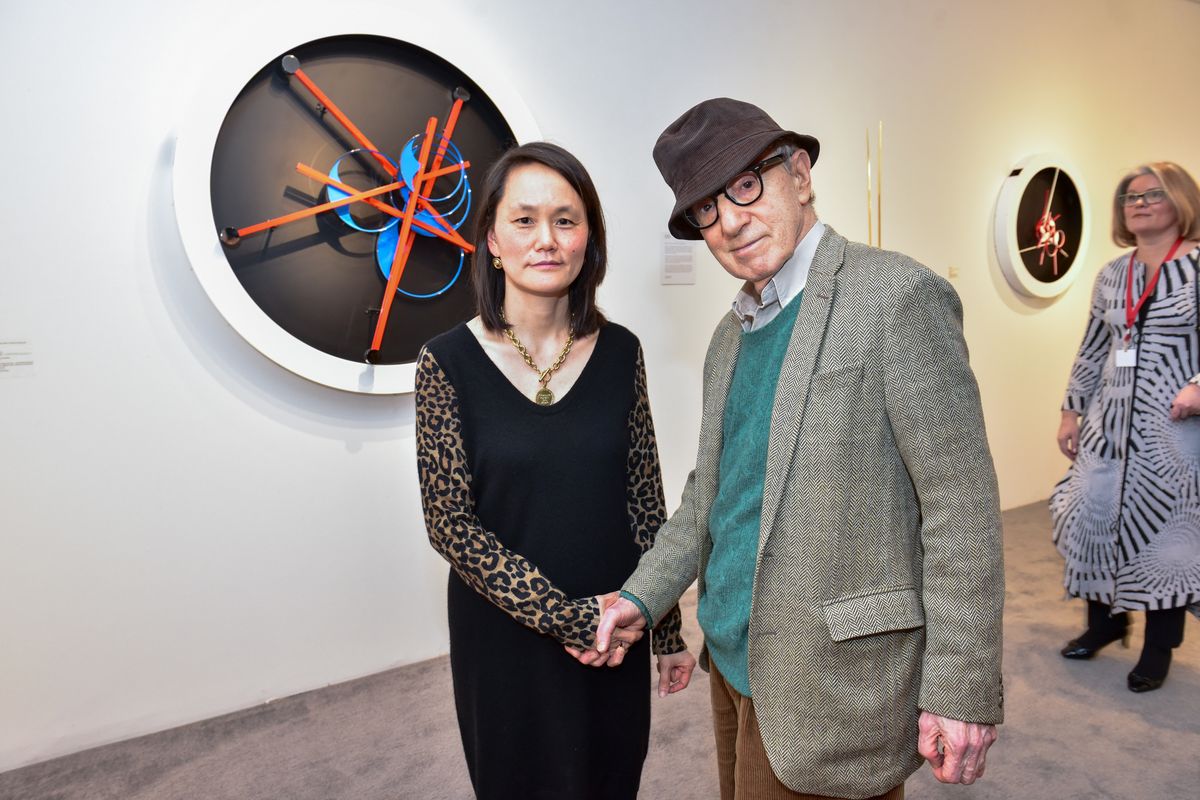 Today's issue of New York magazine contains a rare longform profile of Soon-Yi Previn, the adopted daughter of Mia Farrow who made headlines in 1992 when she began dating and later married Woody Allen––her adopted mother's boyfriend of many years who Previn had known since childhood. Now eight of Farrow's other children, including her and Allen's biological child Ronan Farrow, have issued a joint statement refuting much of what Previn says in the interview.

Speaking with Daphne Merkin, a writer and longtime friend of Allen, Previn dismissed the sexual molestation allegations made by another of Farrow's adopted children, Dylan, against Allen. In recent years, particularly as the #MeToo movement has taken off, fans have started boycotting Allen's movies in light of the allegations. "What's happened to Woody is so upsetting, so unjust," Previn says. "[Mia] has taken advantage of the #MeToo movement and paraded Dylan as a victim. And a whole new generation is hearing about it when they shouldn't."

She also accuses Mia Farrow of having been an abusive and unloving parent. She claims she is unable to recall a single happy moment between them, saying: "It's hard for someone to imagine, but I really can't come up with a pleasant memory."

In response, Dylan Farrow released a statement on Twitter re-asserting her allegations against Woody Allen, namely that he molested her when she was seven years old. She accuses the New York piece of being "one-sided" and also notes that thanks to Mia Farrow she grew up "in a wonderful home."

Many of her siblings, including New Yorker journalist Ronan Farrow––a key figure in the #MeToo movement who helped bring allegations against Harvey Weinstein and Les Moonves to light––released a subsequent joint statement in support of his sister and mother, also posted to Twitter.

Farrow posted his own statement in addition, taking New York to task for what he perceived as a lack of journalistic ethics. "I'm angry that New York Magazine would participate in this kind of hit job, written by a longtime admirer and friend of Woody Allen's," he wrote. Ronan also echoed Dylan's assertions that Mia Farrow was a devoted mom, saying: "I owe everything I am to Mia Farrow."

Finally, New York itself has issued its own statement defending the profile. "This is a story about Soon-Yi Previn, and puts forward her perspective on what happened in her family," it reads. "We believe she is entitled to be heard."