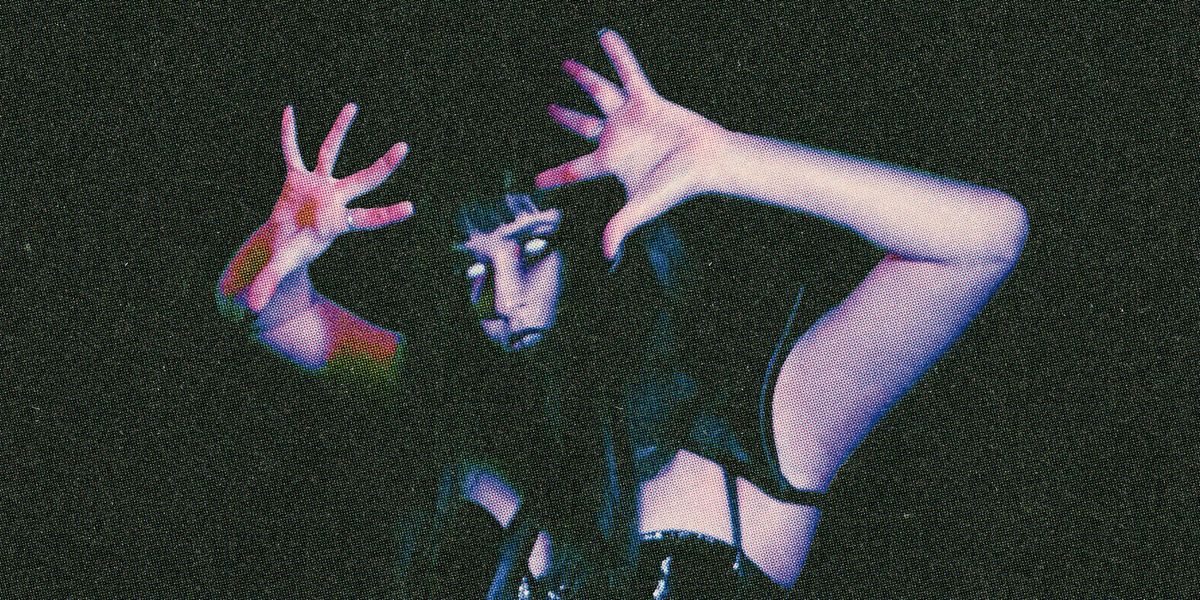 When Snowblood first heard the Mystery Skulls demo that'd eventually become her new album's title track, the musician says she "thought it sounded like something I'd want to dance to in a sweaty packed out club." Relentlessly pounding, like hardstyle ricocheting off a warehouse wall, "I'm Ready" took shape effortlessly. "I imagined what I would be feeling in that scenario once things finally open up again," she continues, "and the words just poured out."

I'm Ready, released in 2020, is Snowblood's official entry into the hyperpop world, having proven her authority in the space as a founding member of iconic electro-pop Myspace group, Millionaires. Beyond her previously released single, "Into Your Heart," which is a bit of an album outlier with its Spice Girls-inflected pop, tracks dig six feet deep into more brutal, in-your-face production. As one song suggests, she brings you to "Anthr LVL," where cannibals, robots and vampires all co-exist.

Snowblood's "I'm Ready" music video, premiering today on PAPER, is the visual realization of this hard-hitting cyborg rave that unfolds across 10 menacing tracks. In it, she plays a bloodthirsty vampire — sharp teeth and all — that appears to be pulled from the dirt by an ominous figure whose face is replaced with an LED mask. There are upside down crosses, chaotic Blair Witch Project-style forest cuts and, a vampire's worst nightmare, the sunrise.

"I thought being a vampire in the video was appropriate because it symbolizes how starved I am to do all the things in life I crave," Snowblood says of the self-styled, Dekker Dreyer-directed clip, featuring makeup by Littlerock Nia. "When that time comes, I'm going to be fucking ready to do it all and never look back."

I'm Ready is Snowblood's sophomore release, following her debut self-titled album in 2017. She celebrated its drop back in October by DJing at Dorian Electra's My Agenda after party, with a set list that included everyone from Grimes to 100 gecs and Tommy Cash. Album cut — and fan favorite — "Crazy Fuckin Robot Body" has also been featured on Apple Music's coveted Glitch playlist.

With more music videos planned to roll out in 2021, watch the PAPER premiere of "I'm Ready," up above, and stream Snowblood's full album, below.