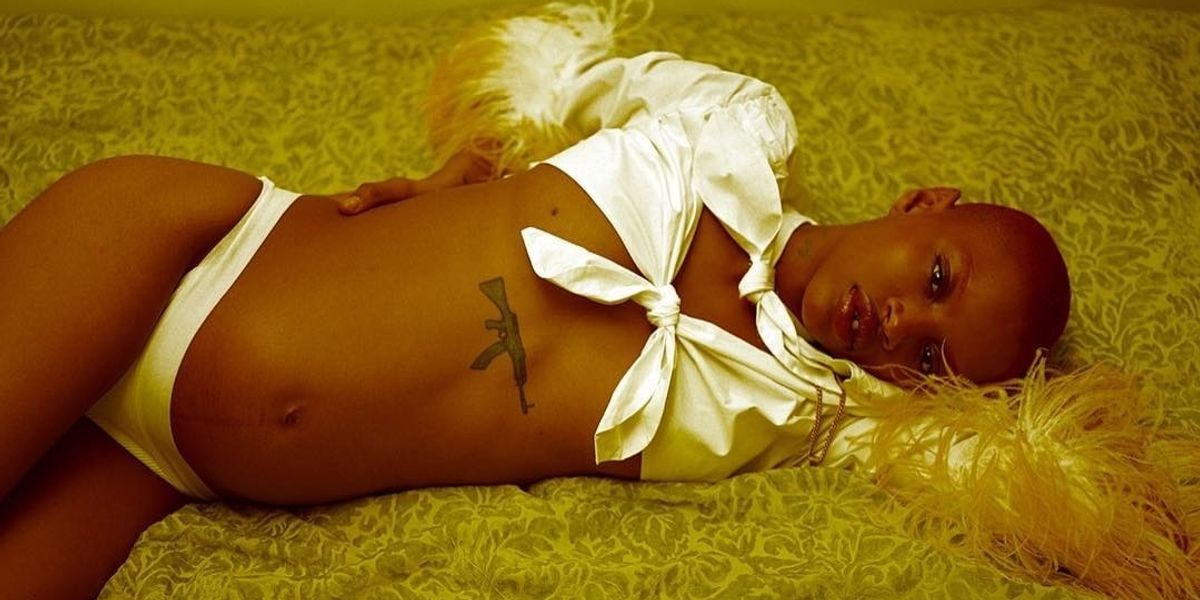 Twenty one-year-old model and Rihanna muse Slick Woods recently shared the news of her pregnancy with a casual poolside Instagram, and a less-casual Elle UK cover shoot, and now she's revealed that Erykah Badu will be guiding her through childbirth.

"She's a mommy role model. A mother I look up to, who kills her shit and is a boss-ass bitch," Woods told Elle of her decision to ask Badu to be her spiritual guide through the birthing process.

The neo-soul legend, mother and Instagram fave is actually a trained doula with a long history of helping women during their births and has assisted in over 40 births since 2001.

In the interview, Slick also talked about how she believes her relationship with her child will help erase some of the trauma she experienced growing up while her mother was in prison.

@slickwoods on Instagram: “Wishing I could keep you this close to my heart forever”

"At 14, 15, I never expected to ever be giving any type of life; to be this happy with having a child. From not having family to being able to create your own," she said. "Things you lacked, things you missed out on, trauma—you can erase that by creating new life. All those things you didn't get, all those hugs and kisses. I can retract those things with my son's life. In giving him that childhood, it heals you as well. In hugging your son, it's giving a piece of that back to you, too. I need him as much as he needs me."

She also spoke about what raising a black son in America, who will be named Saphir after his birthstone, means to her:

"I'm going to stand up for my son. I want him to feel proud as a black man. Everyone is telling men it's wrong to express their feelings, but I will not let him feel like his feelings are wrong."

You can read the whole thing here.