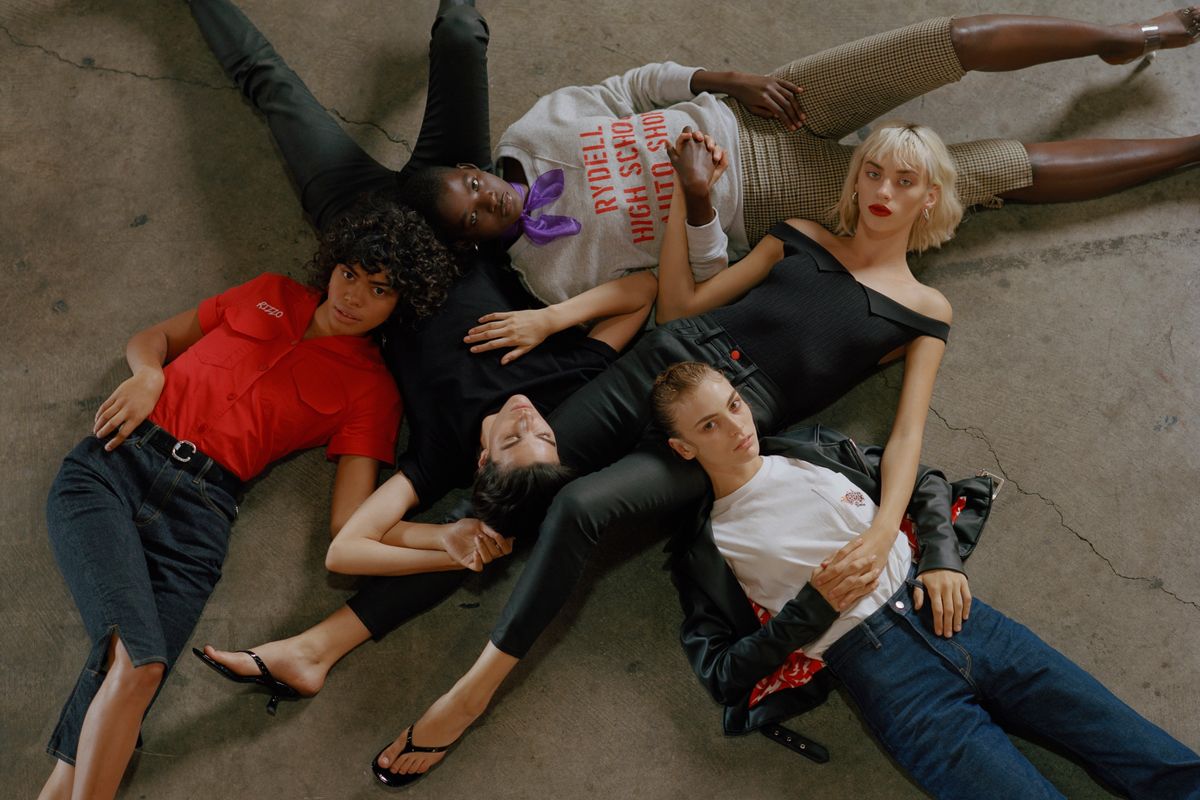 The Paramount Pictures and Simon Miller 'Grease' Collab Is Here

It seems that, even after 40 years, Grease is still the word.

It's time to "go back to high school" with Simon Miller's newest collection, celebrating the 40th anniversary of the beloved movie musical Grease. The Nordstrom SPACE-exclusive collection includes an array of women's pieces that pay tribute to the cultural trademarks of the film. Simon Miller designers Chelsea Hansford and Daniel Corrigan have combined these iconic themes with modern stylistic elements that are unique to the label in order to create a nostalgia-filled romp through Rydell High.

Some of the pieces are more literal, including the $650 biker-style "Greased Jacket," which is certain to bring out the Danny Zuko in anyone. Some of the homages, however, flirt with the overall essence of the film and the 1950s in general; a badass version of the label's revered Bonsai bag is included in the collection. The reimagined bag features clusters of white lightning bolts cast against a bold red background, and is the very first print version of the purse for Simon Miller.

Los Angeles-based photographer Milan Zrnic shot the campaign, focusing in on some of the more iconic scenes from the movie. A shot of models wearing various pieces from the collection atop a flame covered convertible pays tribute to the classic groove, "Greased Lightnin'," while another captures the iconic final scene. Two models sit cooly in a hot rod poised for flight, one cocked back slightly to reveal a piece reminiscent of Sandy's off-the-shoulder top, which will retail for $290.

The full collection is available now in-store and online, and features pieces ranging from $100 to $650.