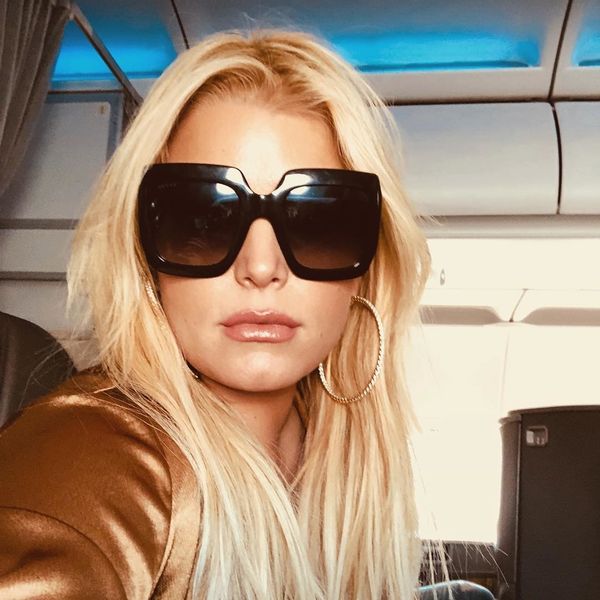 Show Me Yours, I'll Show You Mine: Jessica Simpson

In Show Me Yours, I'll Show You Mine, different PAPER editors share their not-so-guilty musical pleasures from the vaults of yesteryear. This week: a pair of criminally underrated deep album cuts by Jessica Simpson.

Justin Moran: After Jessica Simpson's 2006 divorce to Nick Lachey, the newly single star delivered her last pop album before making a (less-than-desirable) pivot to country. A Public Affair was apparently inspired by Janet Jackson, according to Simpson, who tackled all her singing ballads "with an 'Earth Angel' type of approach." She also dropped a ton of playful, clubby bops, most famously the project's title track, which featured a star-studded music video that stayed on rotation for weeks in TRL's countdowns.

This was a time when producer Scott Storch was still a coveted collaborator, having worked with icons like 50 Cent ("Candy Shop"), Beyoncé ("Naughty Girl)" and Christina Aguilera ("Fighter"). He began dipping more into the pop market, notoriously through Paris Hilton's impeccable debut album, Paris, on highlights like "Turn You On" and "Turn It Up," which was released the same week as A Public Affair in late August, 2006. Storch's contribution to Simpson's project had sonic similarities to Hilton's, most noticeably on "Fired up" — a giant, bass-heavy club anthem that pits breathy, bedroom vocals against sexed-up 50 Cent-style production.

Throughout Simpson's career, she's largely existed as America's sweetheart, abiding by, and in many ways amplifying, her cultural position as a blonde, girl-next-door type. On "Fired Up," she slips into a completely different costume, lubing up her latex, downing a few too many tequila shots, and descending onto the dance floor. "Stone cold sober 'bout to get knocked out," Simpson slurs on the first verse. "Wanna party hard/ Wanna get real loud/ Girl over there damn near passed out." The chorus gets even hotter: "All the girls at the bar better get fired up," she chants, followed by a call-and-response, "Get fired up! Get fired up!"

The entire production has the trashy splendor of early 2000s Los Angeles, when A-list stars were spilling out of parties, dodging swarms of paparazzi and piling into expensive sports cars with a bizarre assemblage of celebrities they got drunk with that night. Grouped inside an album of other oddball tracks within Simpson's discography — "B.O.Y." and "You Spin Me Round (Like A Record") — "Fired Up" is, if anything, a fascinating study into the ways pop producers attempt to replicate success across completely different artists, from 50 Cent to Jessica Simpson.

I'll Show You Mine:

Michael Love Michael: We all know Jessica Simpson starred on MTV's Newlyweds, which chronicled her too-good-to-be-true, perfectly Christian marriage to 98 Degrees' Nick Lachey. But do you recall that, while also building her Macy's-friendly billion-dollar shoe empire, she was a singer? Some of you may not remember that she had several hit albums, so that's where we come in.

The sensual In This Skin, released in 2003 initially pre-Newlyweds success, was re-packaged for an America that had fallen in love with the bubbly blonde Texan on TV, and so, a re-released star was born! We're not here to talk about the head-over-heels acoustic-pop confessional "With You," the breathy, panting title track, or the drama of that soaring Robbie Williams cover, "Angels."

We are here to explore the merits of "Forbidden Fruit," which features a partially grunted vocal and glitchy, strip-club beat, because Britney, strange lyrics about wanting to taste "it," because pop-branded sexuality for impressionable teens, and dramatic fake strings and electric guitar stabs, because somehow that all spells "bad girl"?

For me personally it also spells gay agenda, because what's gayer than too much sex, vocal fry, and beats tailor-made for stripteases? Honestly if this came on in the club (and it should), I would find it a struggle to earnestly shake my ass, but as Jessica sings, in a demented baby coo that we also love, "I'm tempted to try."