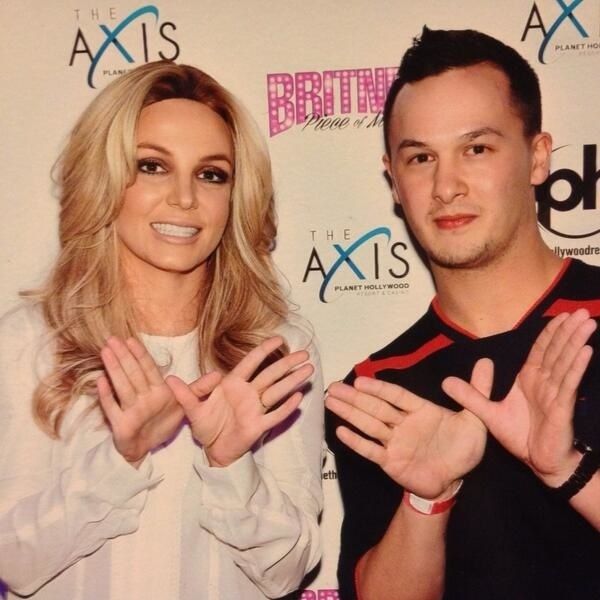 Should Musicians Charge for Meet and Greets?

We're living in the golden age of fandom, and it kind of rules. Since the genesis of forums and janky Geocities pages, the internet has provided everyone — from teenage Myspace emos to aging classic rock fans — the opportunity to not only stalk their idols, but connect with like-minded obsessives. Celebrity social media accounts have significantly heightened that level of access, using methods that can feel dizzying, if a little deceptive. There's always a chance Ariana will retweet if you @ her enough. Cardi B's Instagram Stories are often so earnest that you forget the conversation is one sided.

At the same time, the old school IRL aspects of fandom — staking out airports and hotels, screaming in the front row, collecting exclusive merch — remain potent. Musicians continue to tour relentlessly in the streaming era, replacing physical CD sales with arena extravaganzas that rake in millions. Fans continue to buy tickets, too, and the most committed and wealthy among them will pay extra for a meet and greet afterwards.

The VIP ticket is a strange phenomenon, when you think about it, and doubtless most parents when asked for their credit card details have. On Twitter this week, The 1975's Matty Healy (himself the target of ardent online and offline fandom) became one of few big names to call out the time honored tradition of forcing 13-year-old girls to pay $350 for a new lock screen. In doing so, he made public a topic that pop stans have actually been quietly debating among themselves for years.

Not every artist makes their fans pay for meet and greets — Taylor Swift and Harry Styles both take a stance against the practice, instead offering opportunities to come backstage via radio competitions and lottery systems (Swift's mom is often tasked with entering concert crowds and picking out patrons at random). But devotees of most currently charting musicians are paying extravagant amounts to breathe the same air as their idols, if financial privilege permits. It's not always worth it — while emerging artists offer these experiences for only a little extra money, often throwing in extras like posters or tour merch and taking the time to converse with each individual, established icons charge a premium for impersonal photo backdrop moments. Never forget this haunting GIF of Justin Bieber maintaining the same pained facial expression for hundreds of brief encounters. Or Britney Spears' $2500 Vegas meet and greet tickets, which included exactly one stilted photo with the star. Or Avril Lavigne's policy of refusing to touch her fans backstage, which she upheld during her 2014 Brazil tour, where meet and greet inclusive concert tickets cost $400 USD each.

The Avril Lavigne incident, which the singer has sort-of apologized for, is infamous among local popheads. Karine, a 21-year-old Jonas Brothers fan from Rio De Janeiro, recalls it well. She told PAPER over Twitter DM that some Brazilian concertgoers are willing to pay a premium to see foreign artists who visit their shores on a relatively rare basis, and promoters seem eager to take advantage. But during one of the only three shows the group has ever played in her country, she was unable to justify an extra $300 for meet and greet privileges. Instead she opted to watch the soundcheck for $75, which proved disappointing.

"I had seen videos from the soundchecks in the US and they were playing games with fans and interacting loads, and that's what I thought would happen here," she recalled. "Instead, they barely said 'Hi' to the audience, played the songs with no pause in between them, and Nick even complained that we only knew the chorus of a song that was part of the soundtrack of their Disney show." She wryly added: "Joe was wearing sunglasses the whole time as well. It felt like a waste of money."

These stories are common enough. Taylor, a 19-year-old Migos fan from Tennessee, recently paid an entire $700 to briefly meet the trio after a show. She regrets it. "We had to wait 30 minutes for their team to check our names and tickets and get our laminates and bags," she said. "We go to the area where the meet and greet is and wait in line another 45 minutes. They finally walk in… Everybody got one picture and left. We didn't get to interact with them at all, they were talking to the crew the whole time. They barely acknowledged that we were there." Her boyfriend tried to shake Quavo's hand, but he refused. The kicker? "Our tickets weren't even floor."

One of the biggest meet and greet scams in recent memory comes courtesy of former One Direction member Niall Horan. It's not that fans didn't enjoy meeting Horan on his 2018 solo tour — it's just that they paid so much for so little. In the case of Kelsey, a 17-year-old from Utah, $658 for "a meet and greet, a really good seat, soundcheck, a tour laminate, and a signed poster." She loved it, but wishes the access had been better: "It was more like a get a picture and go. I had little time to say anything to Niall before I was lead out. I'm sure it wasn't his decision for the fans to be rushed like that. During the concert he even thanked us for spending our well earned money on him."

Irma, a 19-year-old from Washington state who fell in love with One Direction when she was 12, also felt she had to spend the money no matter what, buying two VIP passes for a total of $1100. "The band, but especially Niall, have gotten me through so much, and have been such a big part of my life for so long," she said. "I was disappointed to find out it was $550 [and] I worked really hard to be able to afford [the tickets]."

True megafans view life as one long and expensive quest to meet one's heroes in the flesh. Juliette, a 17-year-old Californian high school student, has met Billie Eilish enough times that the musician recognizes her by face. She's traveled all the way to Manchester to meet both Harry Styles and The 1975. (Neither act charged her extra for the pleasure). She'll fly to Sydney in a few months to see The 1975 once more, meeting up with fellow stans she met online. Juliette aspires towards working in the music industry, specifically as a tour promoter or through running her own venue, and as such considers meet and greets a form of research "that actually helps me a lot." Using funds from working a part time job, she recently purchased a $500 ticket for Shawn Mendes' upcoming tour, inclusive of a sixth row seat, Q&A session, and soundcheck. "There was also diamond level for $700, which included the same as mine but also with a signed guitar," she recalled. "I already have a guitar, so I didn't go with that."

Juliette, as with most fans PAPER spoke with who have paid in the high hundreds for VIP concert tickets, is aware of her privilege, and on the fence about the ethics of it all. "Contests for free meet and greets are great," she noted. "But it's a contest. Buying ensures you're meeting the artist, but also is benefiting the rich or those who can afford the tickets for it. The artist clearly has that money already, do they really need that $500 per minute?"

It's a question. Irma still loves One Direction, but it saddens her that "there are people who just can't afford [meet and greet] no matter how hard they work." In a common refrain, she cautions that touring artists don't set their own ticket prices. But she still finds it frustrating to hear rich and famous people "preach about how they want to be treated equally as everyone else because they're human too… when they allow their fans to be charged hundreds and sometimes thousands of dollars for a five second experience."

Thankfully, for some artists that five second experience seems to be giving way to more immersive and interactive fan events. Taylor Swift's Reputation tour Rep Room is a gold standard — there's a reason that guy proposed to his girlfriend during one. Swift, as well as artists like Nicki Minaj, Shawn Mendes, and J. Cole, have made secret listening sessions designed exclusively for hardcore stans an entrenched part of their album promotion schedules. They're typically free to attend, albeit on an ultra selective basis. This ancient Rihanna meet and greet Facebook album, unearthed by DAZED, is testament to the fact even staged photo ops can be fun if the artist puts in time and effort.

It's worth noting too that emerging artist meet and greets tend to be far cheaper than their $500 VIP ticket counterparts, and in some cases are actively helping touring musicians get by on slim profit margins. They're also way better to boast about down the line, when said emerging artist blows up. Laila, a 16-year-old Billie Eilish stan from Georgia, met the singer at her first-ever Atlanta show for $35. "It didn't feel rushed at all," she recalled. They had a full conversation, and Laila was able to give Eilish a letter she'd written. Laila disagrees with paid meet and greets "in general," but makes an exception for more accessible and intimate experiences. (If a young musician you like is offering cheap meet and greet sessions, by all means go! PAPER's managing editor Justin Moran once met Lady Gaga for $25, and that included a CD).

Tour profits aside, VIP tickets are theoretically designed with the safety of both fans and artists in mind. Juliette's Shawn Mendes meet and greet, she admits, was expensive. But she much prefers to go through official channels. "There are ways around paying," she said. "I know people who go to their hotels and wait outside or go to the airport, but I've never been comfortable with that." Increasingly, musicians aren't comfortable with it either. Swift has spoken about how she carries medical supplies with her at all times, due to the possibility of violent attack. Citing mental health concerns as well as fears for his personal safety, Bieber has stopped meeting with fans altogether.

Musicians may prefer to meet fans with time limits and security measures put in place, but the jury is out on whether fans benefit from expensively curated events in place of stage door autographs. Certainly, Healy's tweet encouraged thousands of responses that indicate otherwise. If you're going to condemn anyone in this uneven power dynamic, just don't let it be the teens overspending their allowances. They know what they're getting into, but even when faced with insane pricing tiers they refuse to be cynical. At least until after the fact. Remember what it was like to love music in that way — to idolize someone so much that you'd do or pay anything to tell them so?

"In the end, I don't think it should have been so short," Kelsey concluded, considering her $658 ticket to briefly bask in Horan's presence. "But I had a lot of fun."