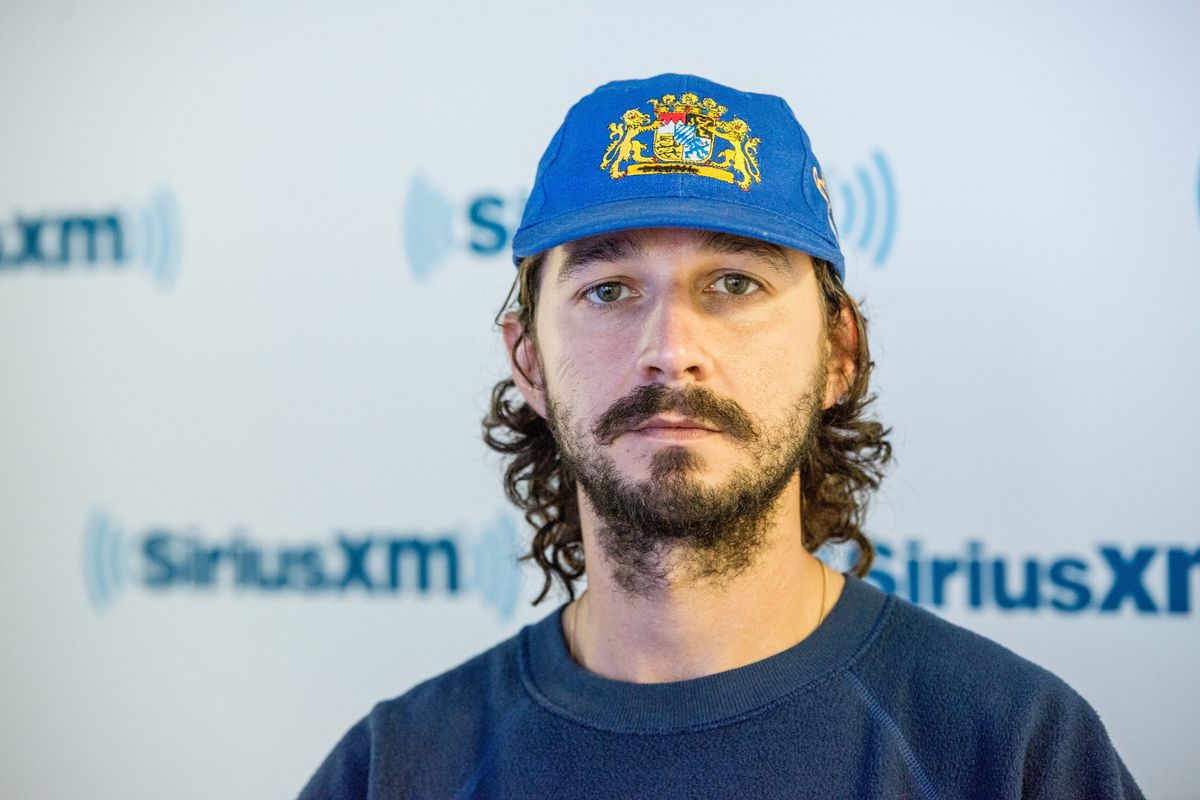 Shia LaBeouf is consistently an open book, and his most recent admission is no exception.

While appearing on Hot Ones earlier this week, LaBeouf addressed the rumor that he "knocked out" Tom Hardy on the set of their 2012 film, Lawless.

Calling it all "a bunch of bullshit," LaBeouf went on to give host Sean Evans the real rundown on what happened — though it doesn't really seem as if the truth is going to help him out in terms of the rumor mill.

"We used to wrestle all the time. He was a big fucking person, especially then, he was getting ready for Bane," LaBeouf said. According to LaBeouf, while his girlfriend at the time was visiting, Hardy ran into the room.

"The girl I was with at the time was terrified," he explained. "She covered up and she ran into the kitchen, and he picked me up, and I didn't have nothing on, so now I'm naked on his shoulder."

Calling it a "cutey wrestling match," LaBeouf went on describe the scene, saying that they eventually began wrestling around the hallway. Again, keep in mind that he's completely naked.

"I got upset about it, because he got the better of me," LaBeouf said. "But I'm in some weird, twisty naked position."

However, Hardy apparently fell down the stairs at some point during the match, which led to him hurting his back. And his explanation for what happened? Yup, he got "knocked out" by LaBeouf.

Even better? Apparently there's footage of the incident floating around somewhere, as someone named "Peanut" was apparently filmed the entire thing.

Watch LaBeouf recount the experience, below.