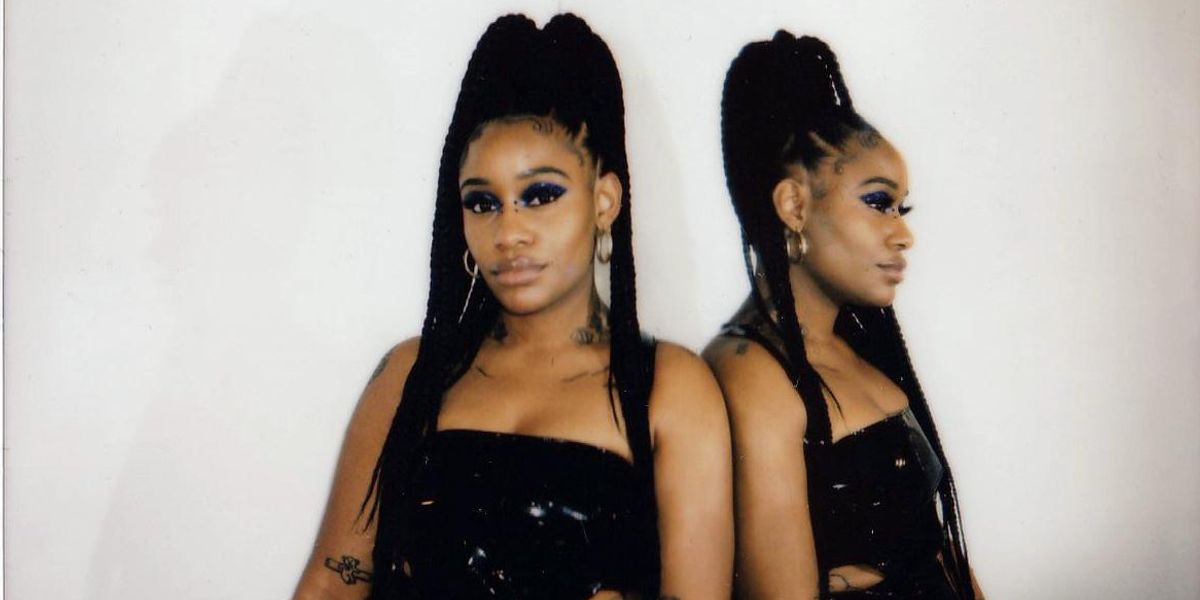 Shanel Campbell Is Bringing Afro-Futuristic Femmewear to the Forefront

In 2018, Shanel Campbell made a splashy debut during New York Fashion Week with a showcase that celebrated the depth and beauty of Black women. It was the Bronx native's first show since graduating from Parsons with an MFA a year prior, and since then her designs have been worn by the likes of Solange, Kelela and Issa Rae.

But Campbell's work goes beyond just fashion and its aesthetics. Her multi-disciplinary practice includes everything from photography to film, the latter of which she got to explore further for the film she debuted last fall as part of GucciFest's emerging artists programming.

This month, the designer debuted her second collection but first under her brand's new moniker Bed on Water, which encompasses art production and graphic design as well. Most of the party-ready looks — glamorous fringe, sultry feathers, cutout dresses and pieces depicting $100 bills — were shot on mannequins since she needed less people as possible on set due to the pandemic.

"This collection is much different from my last one," Campbell told PAPER over Zoom. "I was just trying to find my design identity more and what my personal interests were before I came out with this collection. In terms of the femmewear thing, I've been having a lot of moments where I'm unpacking my own gender and sexual identity. So I decided to call it femmewear instead of womenswear because clothing doesn't have gender."

This season was also about finding her own process as a designer. Being that her MFA program prioritized textiles as opposed to shapes and graphics, she felt there was a little bit of resistance to that process and that she had to find her own way of working post-grad. She also watched a lot of vintage documentaries and took screenshots of scenes she found compelling, eventually turning them into mood board.

"That's why I featured the mood board in the lookbook, because those types of things are things that I create personally that are moments that inspired the collection," she says. "Those mood boards are going to inform future things as well because it's content I don't think has been fully exasperated of all of its creative worth yet."

A lot of her influences come from the spiritual realm as well — she cites things like ascension, nature and energy transfer as constant inspirations, in addition to her Caribbean background, Black history and afro-futurism. A lot of that starts with the critical visual and verbal research she conducts, resulting in work that melds new concepts, techniques and mediums.

"There's someone I used to talk to who opened me up to different concepts," she says of her early interests in spirituality. "Sometimes people find it when they're reaching a low point where all they have left is trying to just ground themselves and look to the earth for answers, because everyone around you is just not making any sense. So it's a combination of the universe talking to me and bringing me towards it and putting people in my life who were spiritual."

While the pandemic may have altered plans to show her futuristic femmewear in person, Campbell looks forward to when people will get to see the intricate details and graphics she's known for up-close. "I love the images we created and I love the collection as is, but in the future, I definitely want to make sure they're seen in person," she says.

Photos courtesy of Bed on Water