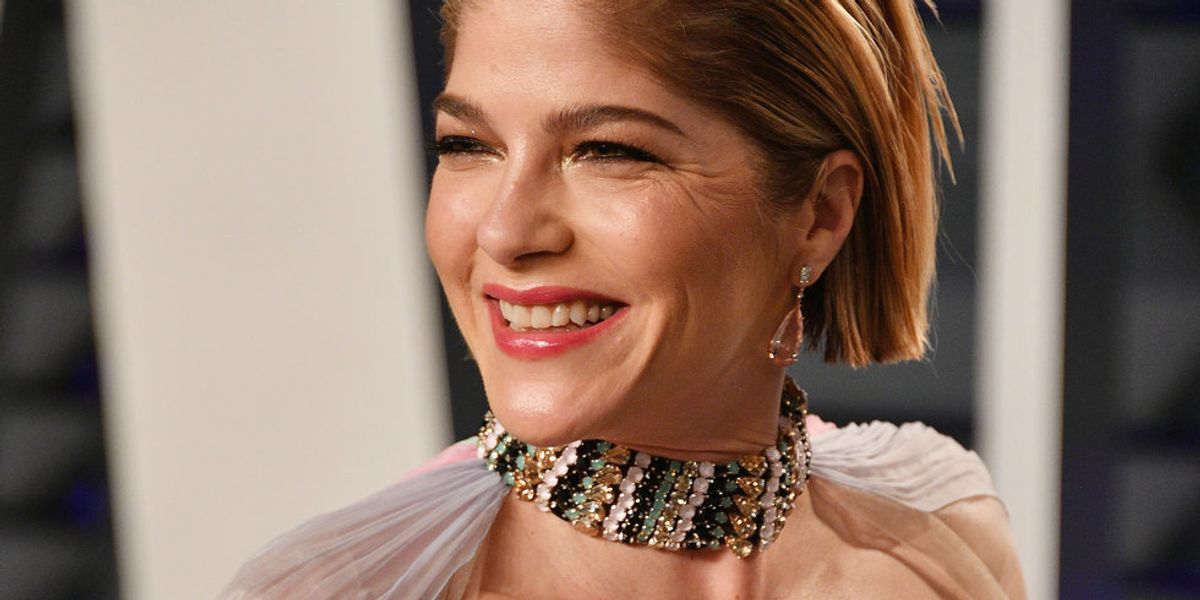 Selma Blair glowed at the Vanity Fair Oscars Party on Sunday in Beverly Hills, where she walked the red carpet with a diamond-crusted cane and regal cape — her first public appearance since being diagnosed with multiple sclerosis (MS). Blair first shared that she'd been diagnosed in October of last year, though many fans were previously unaware of her diagnosis.

Following her red carpet moment — which filled fans with nostalgia for her snarky wit showcased in films like Legally Blonde and Cruel Intentions, and helped disabled viewers feel included in the night's glamour — Blair spoke about her diagnosis, motherhood and life with MS on Good Morning America. This was her first full interview in years.

Blair told GMS' Robin Roberts that she has actually suffered from various MS symptoms since 2011, when her son was born. She described being unable to stay awake at work, and having to pull to rest while driving her son home from school, one mile from their home. She tried to "seem normal," however, not understanding what was happening to her.

"Ever since my son was born, I was in an MS flare-up and didn't know, and I was giving it everything to seem normal," she told Roberts "And I was self-medicating when he wasn't with me. I was drinking. I was in pain. I wasn't always drinking, but there were times when I couldn't take it."

However, as she shared on Instagram, doctors failed to diagnose her until the summer of 2018. Her experience is common for women suffering from chronic pain, who are less likely than male counterparts with the same symptoms to be prescribed opioids.

"I was really struggling with, 'How am I gonna get by in life?'" she said. "And not taken seriously by doctors, just, 'Single mother, you're exhausted, financial burden, blah, blah, blah.'"

Blair experiences spasmodic dysphonia, making her voice shaky and uneven — her most visible symptom of her MS in the interview. Blair "was a little scared" of talking, but is glad to bring awareness to the MS symptom. "No one has the energy to talk while they're in a flare-up, but I do, 'cause I love a camera" she cracked.

Her diagnosis was an enormous relief, because it allowed her to begin learning to live with her disease instead of fighting it.

"I cried. I had tears. They weren't tears of panic, they were tears of knowing I now had to give into a body that had loss of control. And there was some relief in that."

Blair said she's realized "It's fine to feel really crappy... I've learned not to feel guilty." Her doctor told her that within a year, she might have 90% of her abilities back. "So this is to say, let's meet again next year and see if I'm better. If I'm not, and I can still have a conversation, that's good enough."