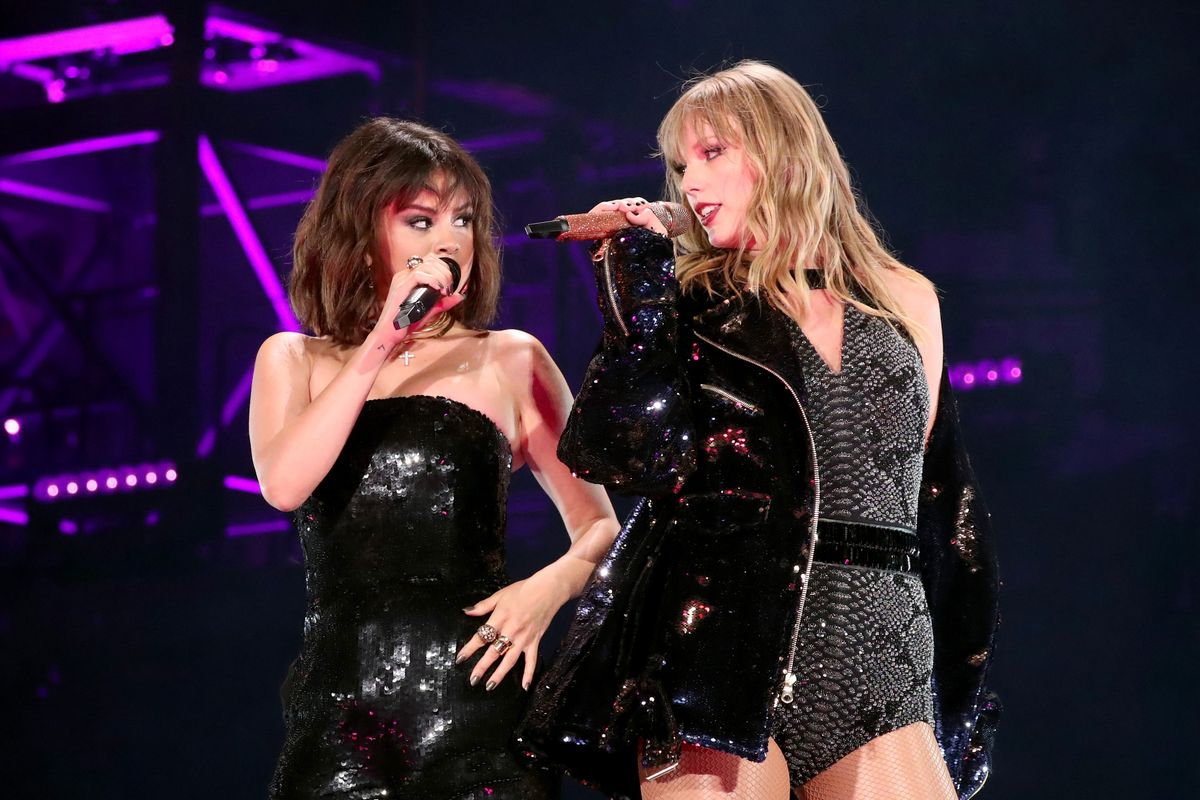 Selena Gomez Wants to Hop on a Track with Taylor Swift

After over a decade of friendship, Selena Gomez and Taylor Swift have already performed together, and Selena's already made an appearance in Taylor's "Bad Blood" music video. But the besties have yet to actually get on a track together. Now, Selena reveals that they've talked about collaborating on a song.

"I've always dreamt of doing a song with Taylor," the Rare singer said while on live-streamed Animal Crossing talk show Animal Talking with Gary Whitta. "We both wanted to do that. It just feels like we're family. I've know her for 13 or 14 years now. She's been my best friend. But we've talked about it for sure."

Selena's already let it slip that she's working on her new album just after releasing Rare early this year. "It's funny because I already feel like I've been working on the new album so I'm not in that headspace as much," she said during the interview. "But I'm so proud of what we did. Oh no, I'm not sure if I was supposed to say that."

.@SelenaGomez confirms in an Animal Talking Twitch stream that she is working on her next studio album. 💿 https://t.co/alw8ndypKS
— Pop Crave (@Pop Crave)1596683012.0

So it looks like Swifties and Selenators might be seeing Taylor featured on one of those new tracks.